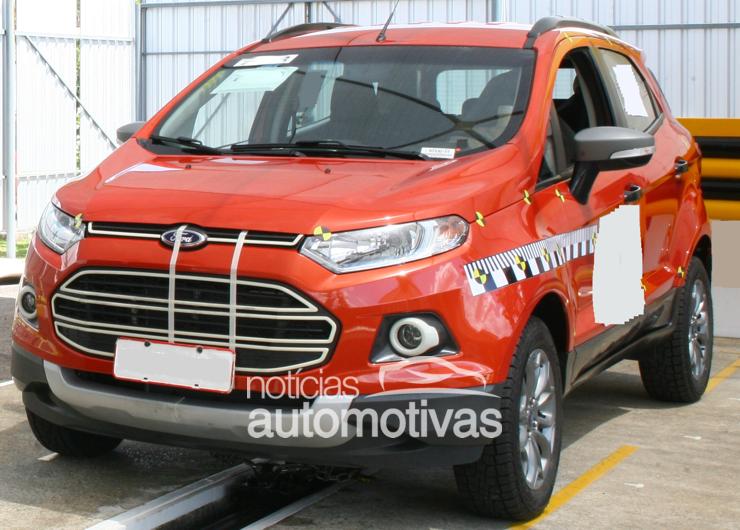 Motoroids provided you LIVE coverage of this car from the unveiling event that took place earlier this year in January at New Delhi. Now, ever since we saw the car in flesh, we have been eagerly waiting the car to hit the production. The good people at Noticias Automotivas of Brazil recently came up with completely undisguised pics of the production model of the Ecosport.

It can be seen that while the concept model of the Ecosport was sporting LED lamps, the production reality has to do with the halogens. Other than this, the spare wheel finds its home on the tailgate and we are quite bowled over by that tasty set of alloys. Now, Brazil is not the only place where the car has been caught testing.

Recently, popular car magazine AutoCar India caught a camouflaged EcoSport being tested in the country. The car was seen near the American biggie’s Chennai manufacturing plant. 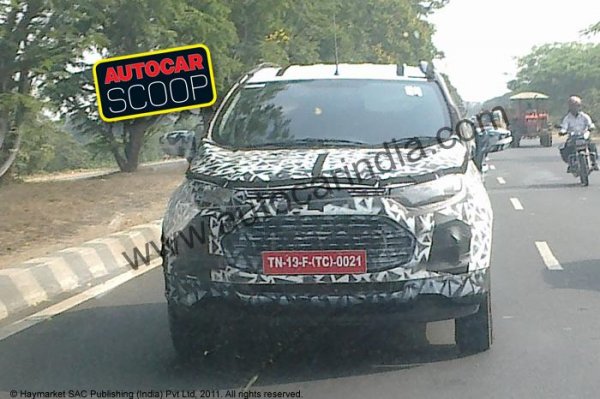 As we reported earlier, the new Ford Ecosport is based on the B2E platform that was developed by combined efforts from Ford and Mazda. This car platform was developed keeping weight reduction and torsional rigidity in mind. The new Ford will come with the 1.0-Litre 3-Cylinder DI Turbo Petrol Engine that will debut with the EcoSport  and the diesel to come should be the 1.5-Litre oil burner seen in the Fiesta.