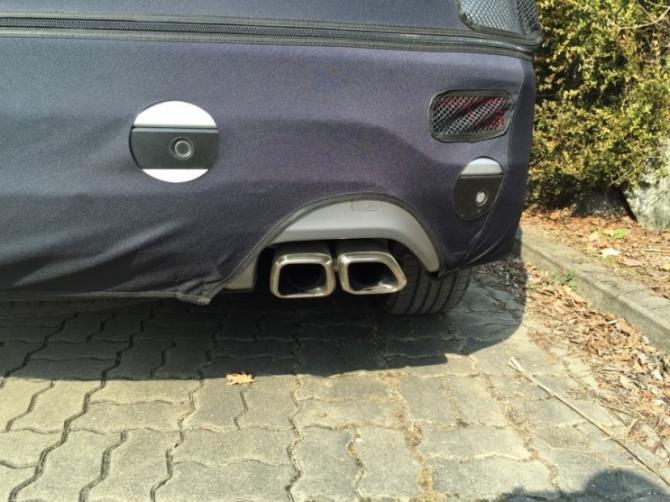 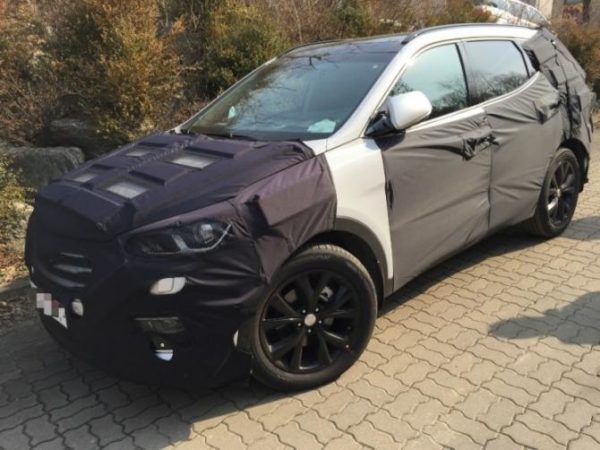 Slated for an international launch this year, Hyundai has been testing the facelifted Santa Fe SUV in their home country. Spotted wearing all-black camouflage, this flagship SUV from the Korean manufacturer will sport different looking front and rear bumpers, a new front chrome grille with sword like sharp slats, LED illumination at both ends and a different alloy wheel design. We even noticed the twin exhaust tips to be strikingly similar to the ones found on the ML63 AMG. 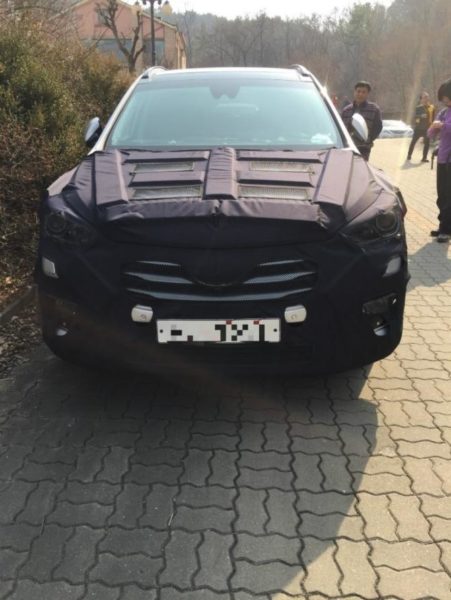 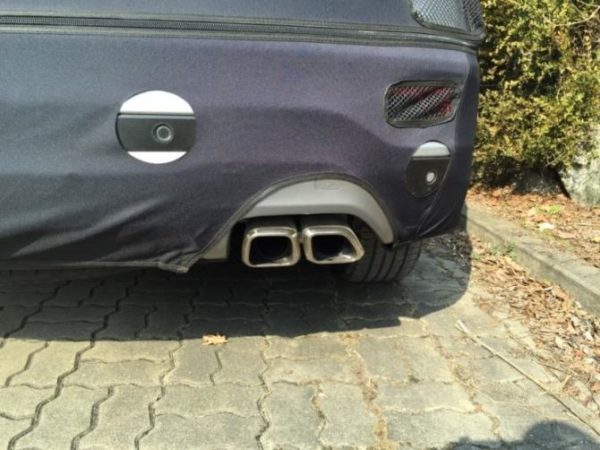 However, those changes are minuscule when compared to the mechanical bits on the new Santa Fe, as it is supposed to climb the hybrid ladder in its new avatar. Rumored to receive an e-4WD system, the setup will include electric motors acting as the drive force for the rear wheels, while the front axle will be powered by a conventional fossil fuel burning engine. 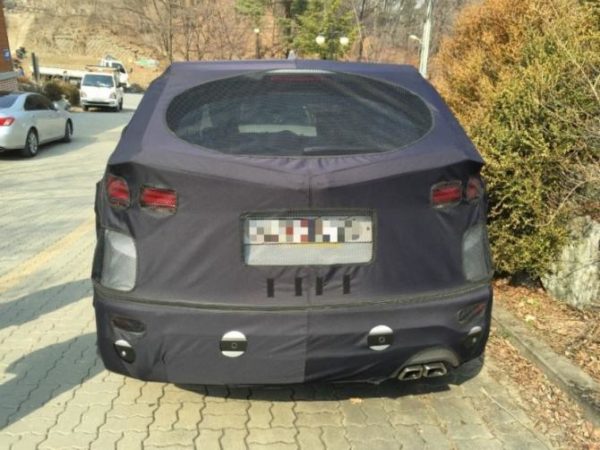 To make it more greener, Hyundai could also add a regenerative braking system that charges the batteries for those electric motors with the energy generated during deceleration, while the engine will be upgraded to a more efficient unit that belches out lesser CO2. Whenever it launches in India, the 2016 Hyundai Santa Fe will face stiff competition from the upcoming Ford Endeavour, Chevy Trailblazer and the next-gen Toyota Fortuner that will witness launch next year.