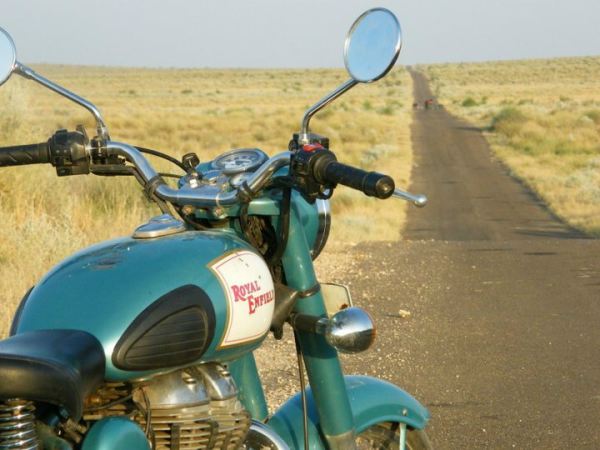 Royal Enfield Tour of Rajasthan 2011 begins on 8th October 2011 at Jaipur and ends on 18th October, again in Jaipur. The registration for the ride are open from 16th August. The Tour of Rajasthan is 10 day ride through the largest state in India. On the riding front, Rajasthan has the most spectacularly laid stretches of Road and there is no dearth of Off-road and sand tracks either. Although, Rajasthan is primarily known as the desert state it has its fair share of hills with the Aravali mountain range.

The Tour of Rajasthan starts from Jaipur, the Pink City, traverses through Mahansar, Bikaner, the sand dunes of Jamba, Jaisalmer, Sam, Jodhpur, Kumbalgarh, Ajmer/Pushkar and converging back to Jaipur.

The Registrations of the Royal Enfield Tour of Rajasthan 2011 have opened. This will be on first come first serve basis and the registration Cost is Rs16,000. The maximum number of Registered Riders for the Tour will be 30.

Accommodation will be provided on twin sharing, bed and breakfast basis to every rider throughout the trip. Pillions are not allowed on the ride and each rider will have to bring his own bike. The primary eligibility criteria is to own a Royal Enfield Motorcycle. The cost of Petrol and meals other than breakfast will be borne by each rider. However in camps and smaller towns, dinner will also be taken care of. A small team of Mechanics with some Spares will provide service support on the tour. A team doctor will be with the riders for the duration of the ride as well.

Here’s the itinerary for the ride, followed by the pictures from an earlier trip.