Home Motorsport Is this how the new Porsche 911 Safari would look like?

It was way back in 1986,when Rally 959 bagged in first two sports on the podium of Paris-Dakar. However, thanks to burgeoning costs involved with motorsports and the racing models growing all the more farther away fro road-going counterparts, Porsche decided to move away from Paris-Dakar and with this, the Rally 959 got quite an early retirement from the world of motorsports.

Now, almost three decades after the Rally 959 called it quits, Porsche is readying itself to come up with a new rally version of the 911. Set to be unveiled at the Beijing Motor Show, the new Porsche rally-model will be called as 911 Safari and would mark the return of famed performance car manufacturer to the world of rallying!

Here are some speculative renderings of the upcoming Porsche 911 Safari, as visualized by the rendering artist at Topspeed.

The good folks at Topspeed seem to have borrowed quite a few design cues from the 1986 Paris-Dakar Rally-winning 959 for their speculative renderings. 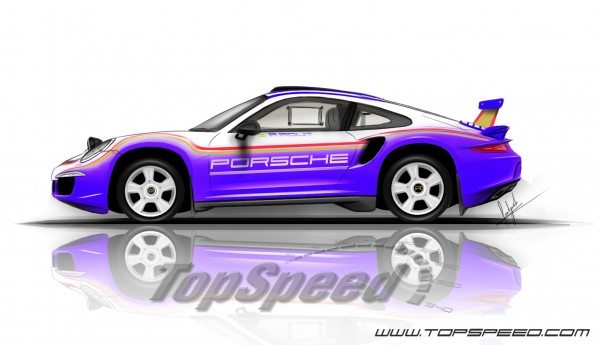 For example, the prussian-blue and white livery is the same as that on the 1986 Porsche 959.

As has always been obvious, the upcoming Porsche 911 Safari would have more ground clearance than the road going low slung counterpart and these renderings portray just that! Also, taking a cue from several rallying cars, Topspeed has visualized the 911 Safari to have a a redesigned lower section for front bumper and also shorter overhangs. The car also gets more ‘rallying-elements’ such as wider tracks, bolder wheel arches, a set of auxiliary headlamps, a large air scoop on the roof and a more durable set of rims. Also, the side glass windows and metallic ORVM casings have been replaced with plastic units, all in favor of lower weight. 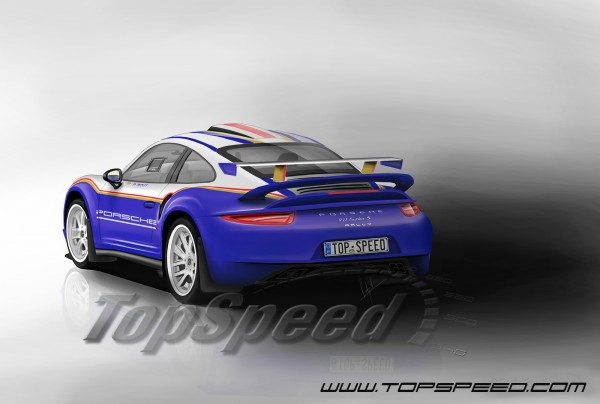 We believe that the folks at Topspeed have done a reasonably good job with visualizing the upcoming Porsche 911 Safari and we really won’t be too surprised if the actual model looks much like the one in these renderings.