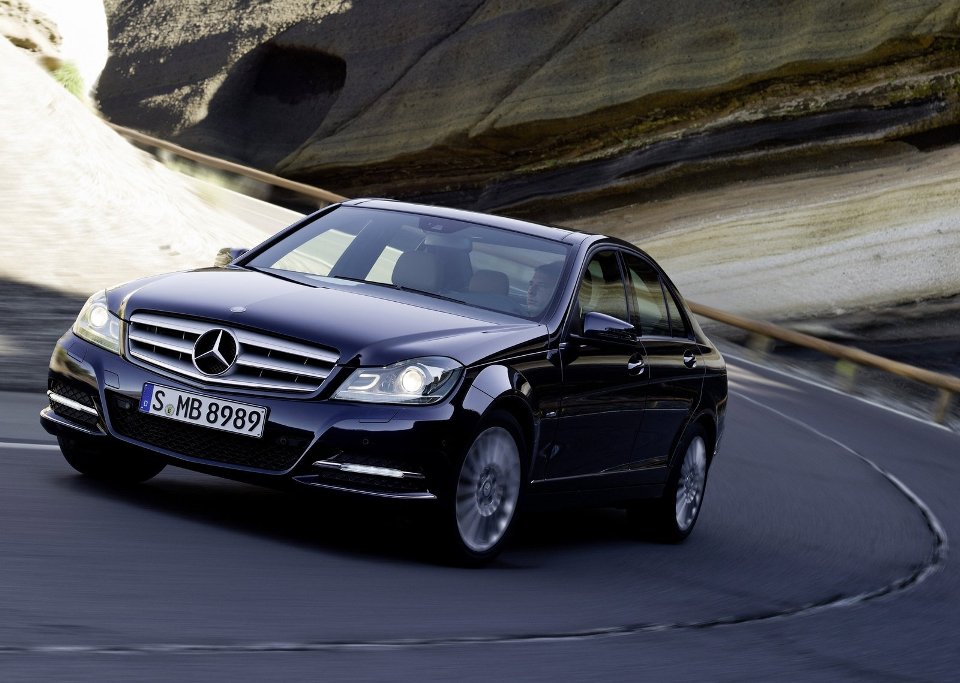 Mercedes-Benz has unveiled the facelifted 2012 C-Class at the Detroit auto show. While the 2012 version isn’t exactly a brand new car, Mercedes has incorporated enough exterior, interior and features related changes to make it look interesting.

The biggest change is the inclusion of a start stop system, which is now standard across the range. The fuel efficiency of the car has improved by as much as 31 percent if the blokes at Daimler are to be believed. The 7G-Tronic transmission has been made available on the C-class range, which will not only improve the responsiveness of the drive, but also the fuel efficiency.

Available in two trim levels, Elegance and Avantgarde the new C-class will feature a host of new features inside the cabin as well. The most interesting option for us is the COMAND Online telematics system which features Internet access from inside the cabin.

The new C-class is quite a tech fest.

A striking and dynamic exterior design, a high-grade interior, significantly lower fuel consumption, additional driving assistance systems and a new generation of telematics characterise the comprehensively facelifted C-Class, which can now be ordered. The new models will be in the European dealerships from March 2011. Prices start with the 115 kW (156 hp) C 180 BlueEFFICIENCY at € 32,695.25 (Saloon) and € 34,361.25 (Estate, both including 19 percent VAT).

A reduction of up to 31 percent has been achieved in fuel consumption. All the rear-wheel drive C-Class models are equipped with the ECO start/stop function as standard. All the engine variants are now classed as BlueEFFICIENCY units, showing that they are particularly efficient and environmentally compatible in their use of fuel. In future all automatic versions with the exception of the C 300 CDI 4MATIC will feature the further-developed 7G-TRONIC PLUS seven-speed automatic transmission (introduction in the C 250 CDI 4MATIC in June 2011).

With a total of ten new driving assistance systems ranging from ATTENTION ASSIST drowsiness detection to DISTRONIC PLUS proximity control, the C-Class reaches a new level in safety. The assistance systems are based on the latest radar, camera and sensor technology, and are grouped into two packages: the Lane Tracking package (€ 892.50) consisting of Lane Keeping Assist and Blind Spot Assist as the systems that give a warning in hazardous situations. The Driving Assistance package PLUS (€ 2320.50) with DISTRONIC PLUS, BAS PLUS, PRE-SAFE® Brake, Active Lane Keeping Assist and Active Blind Spot Assist also has assistance systems that actively intervene following a warning.

In addition to the standard appointments – which now include a leather steering wheel – the two design and equipment lines ELEGANCE and AVANTGARDE are the basis for the individualisation programme of the C-Class. The two lines are now even more readily distinguishable from each other. This has been partly achieved by new trim in matt brown ash wood or dark burr walnut (ELEGANCE), and brushed aluminium or high-gloss black ash wood (AVANTGARDE). Standard features in the ELEGANCE line include luxury head retraints whose side bolsters can be adjusted as required. There are also new optional extras such as front seat climatisation (€ 1261.40) and the Stowage package (€ 95.20). The latter includes a spectacles compartment, a stowage box under the front seats, a double cupholder and a parcel net in the rear footwell.

The new C-Class also sees the debut of a new telematics generation which will also be gradually introduced in other model series. Major new features include greater operating convenience, larger displays, telephone directory transfer, display of SMS messages, wireless music reproduction via Bluetooth and a USB interface now accommodated in the centre armrest.

The multimedia system COMAND Online (from € 3070.20) now provides internet access for the first time. When the car is stationary, customers are able to browse freely or surf to a Mercedes-Benz Online service whose pages load particularly rapidly and are also easy to use while on the move. The integrated services include weather information and a special destination search via Google, as well as the option of downloading a route that has been previously configured on a PC using Google Maps and sent to the car. The navigation system of COMAND Online also has added functions. New features include a 3D display with plastic city views.

As a first in the C-Class, the Becker® MAP PILOT (€ 892.50) makes a low-cost navigation function, which can also be retrofitted, available for the entry-level Audio 20 CD radio. Its advantages over aftermarket solutions include integrated operation via the central controls and the Audio 20 display, a concealed location in the glove compartment and updating via an internet portal.