The number 800 was made legendary by the very much famous Maruti 800 from the Maruti Suzuki Stable. Even babies now know that the small-car market in India has been growing at the speed of a meteor just about to hit the earth. As far as the small-car market is concerned, Maruti Suzuki has proved to be the King. However, other car manufacturers are trying their best now to get their share of the small-car market. There have been a lot of speculations which indicate that Hyundai is planning to introduce a small car to its fleet of cars in India.

The car may hit the production lines by next year at the firm’s Chennai plant. According to our friends at Indian Autos Blog, the car will sport an 800cc three cylinder petrol engine which churns out around 50hp of power. The car might very well be christened ‘H800’ which could be similar to Maruti’s legendary Maruti 800 (H may stand for Hyundai). The H800 is expected to be smaller than the Santro. The car might sport a 5-speed transmission system too. According to various sources, a Diesel engine may be added to the menu in the near future after its launch which is expected to take place by March or April, 2011.

Above is image manipulator Samuh Yogetta’s version of the H800. The above illustration has a close resemblance to the i10 and i20. The front-end of the car has been taken from the ix-onic concept. However, no further comments or claims can be made regarding the small car unless and until we get official pictures of the same. So let’s wait and watch whether the car turns out to be similar to the above illustration. 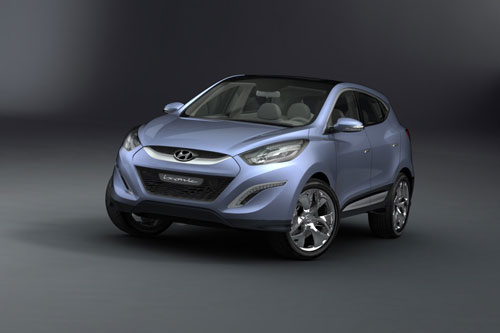