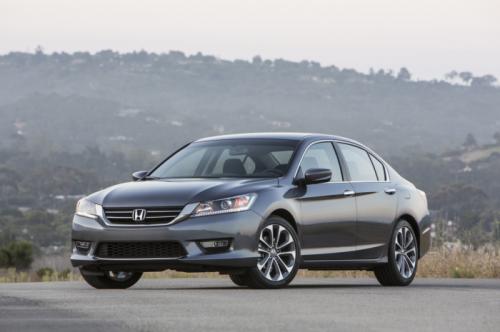 Honda recently announced the 2014 Accord Coupe, which will go on-sale today. The refreshed Accord Sedan will come on August 22.

The 2014 line up of Accord will boast of award-winning Honda Earth Dreams Technologypowertrains and the engine options for the car would include a direct injected 4-cylinder engine and a powerful and fuel-efficient V-6. The 4 pot motor also gets a CVT and a 6-speed manual transmission. The Accord’s Earth Dreams Technology 4-cylinder and V-6 engines have been chosen as two of the 10 Best Engines of 2013 by Ward’s.

Launched back in 2012, Accord has been among the most popular midsize passenger cars in US of A and the facelift seems to be a step in the right direction to make the car further more appealing. 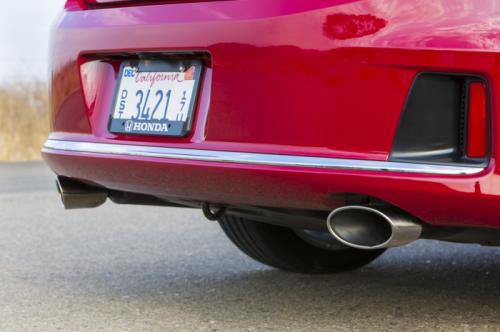 The 2014 Accord gets dual-exhaust tips on the V-6 variants and the powertrains options include Honda’s next-generation 2.4-liter, direct-injected 4-cylinder engine. Also new for the Accord are smoother finishes for the Earth Dreams cam-cover emblems. T

Other changes include a more premium cloth seat fabric for the LX version, along with a softer headrest material for those models which will come with leather seat upholstery. The 2014 Accord will also benefit from a revised auto-dimming rear-view mirror that doesn’t require an on/off switch.