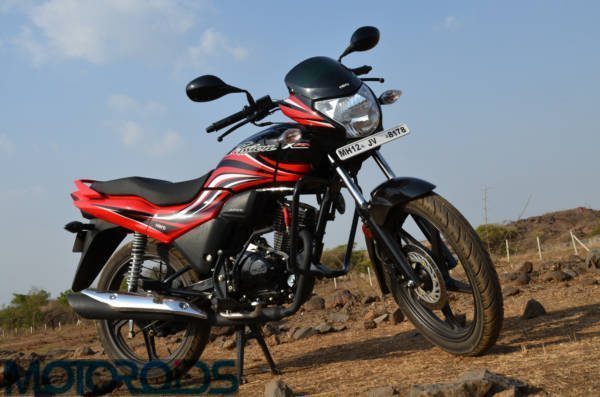 Bucking the trend of an overall slowdown in the industry, Hero MotoCorp Ltd (HMCL), the world’s largest two-wheeler manufacturer, today reported robust sales for the monsoon month of July, thereby kicking-off the second quarter of this fiscal (FY 2013-14) with positive numbers.

HMCL sold 4,87,545 units of two-wheelers in the month of July this year, compared to 4,84,217 units sold in the corresponding month last year.

This growth has come in an action-packed month when Hero MotoCorp announced its acquisition of 49.2 per cent stake in its American partner Erik Buell Racing (EBR) and launched its operations in new international markets such as Kenya, Burkina Faso and Ivory Coast in Africa.

Mr. Anil Dua, Senior Vice-President (Marketing & Sales), Hero MotoCorp Ltd said, “We have registered a retail growth of seven per cent in the month of July which is usually a lean period due to monsoons all over the country. Our growth in July has come in the wake of good demand for our motorcycle brands such as Glamour and Ignitor and our scooter models Pleasure and Maestro. This has helped us strengthen our clear leadership in the 125cc segment even as we continue to gain market share in scooters.

“We are hopeful of sustaining this positive momentum in the coming months as we gear up for the festive season which would see a slew of launches from us. In terms of new international markets, Peru in Latin America is going to be our next port of call where we will commence our operation in August,” he added.

In the month of July, HMCL announced an investment of US$25 million for a total stake of 49.2% in the share capital of its US-based partner EBR. While the first tranche of US$15 million has already been invested by HMCL, the second tranche of US$10 million is proposed to be invested within the next nine months.

The investment in EBR is being done through HMCL’s newly-incorporated wholly-owned American subsidiary – HMCL (NA).

In July, HMCL also launched its operations in Kenya where it has set-up its first international assembly unit. The company has roped in the reputed business house of Kenya, RYCE EAST AFRICA, to bring its two-wheelers to the country. Under the alliance, Sameer Group, which is a part of RYCE EAST AFRICA, has been appointed as the authorised distributor of Hero range of two-wheelers in Kenya.