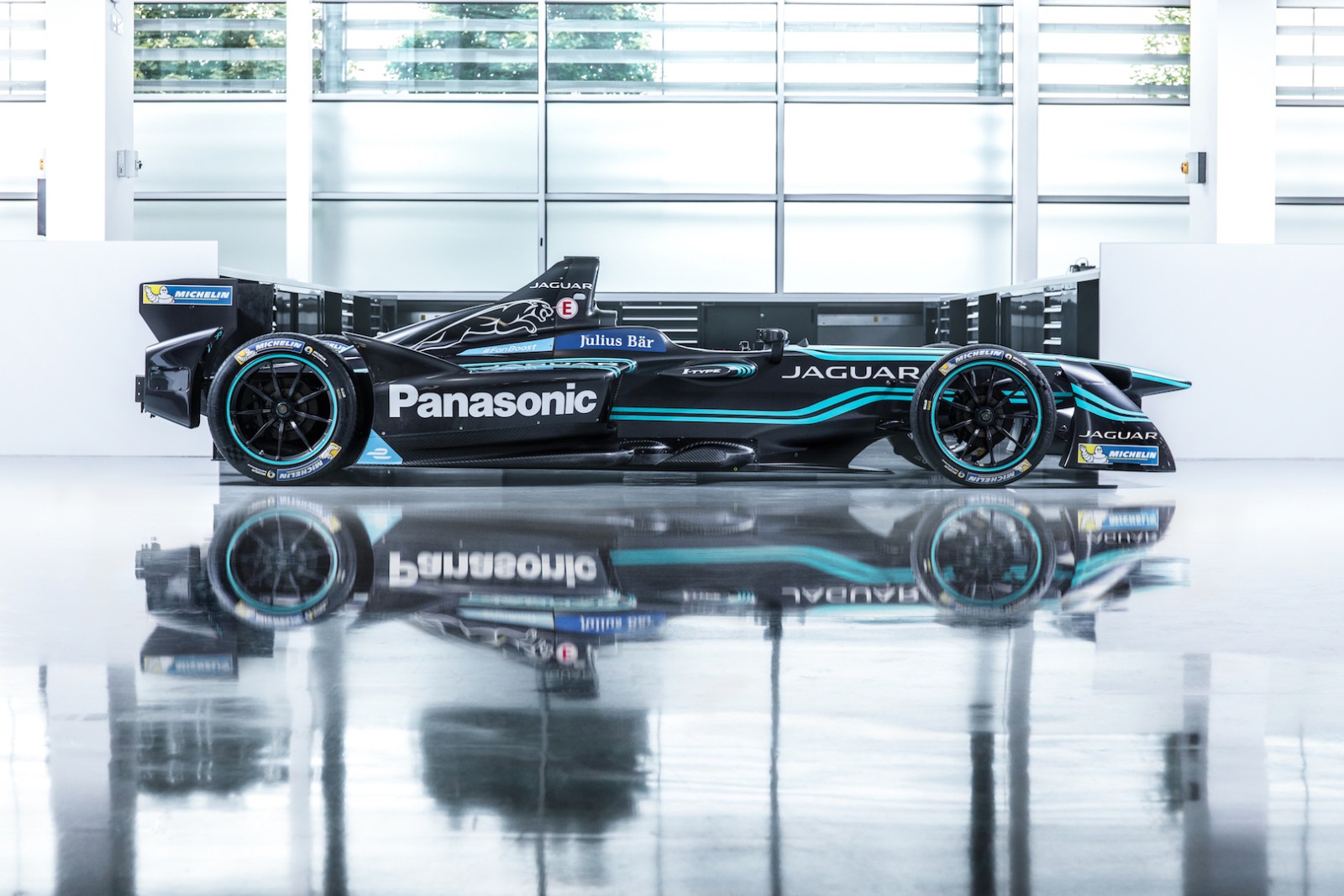 At the launch event at the Jaguar Collections Centre, the new I-TYPE 1 made a dramatic debut driven by the team’s official reserve driver Ho-Pin Tung. In addition, Jaguar revealed an exciting race driver line-up with Adam Carroll and Mitch Evans confirmed to drive the I-TYPE 1 in the team’s inaugural season. This driver line up will spearhead Jaguar’s return to top-level racing.

Jaguar detailed its partnership with Panasonic that will see the leading electronics and automotive technology company partner with the Jaguar Racing Formula E team. In addition, Jaguar also announced that Lear Corporation will join the team as an Official Team Partner.

The Panasonic Jaguar Racing team has successfully completed 21 days of testing, up to and including the last Formula E public test, which finished at Donington Park Circuit yesterday.

Here are some more images of the I-TYPE 1 along with the official promotional video. Do let us know your views about the Jaguar I-TYPE 1 through the comments section below.