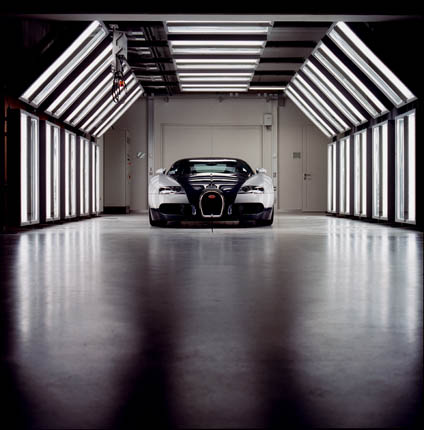 Its human nature to have an urge for MORE always. Be it a 5 year old for a 50 year old, everyone wants more, unless you belong to the ‘monk who sold his Italian car’ group of mortals. Same happens with the car makers too. And when the company is headed by someone called Ferdinand Piëch, chances are that even the most powerful product gets a more powerful replacement as soon as there seems a scope for improvement. It seems the same is happening at VW. The German company is apparently mulling to make a ‘more powerful’ version of the Veyron. Ahem!

The new car which is creating news across the auto industry is known to the insiders as ‘Veyron SuperSport’. CarsUK.net claims the car to be around 300kilos lighter and 200 horses more powerful than the current Veyron.

If rumours are to be believed, then 30 such examples will be made, each having a price tag of $2,047,675 or Rs 5 crore, 10 crore after duties in India. Changes in the interior as well as exterior styling are expected but Bugatti is working hard to keep everything secret until the right time comes.

The right time? Yeah the time to launch this car. Earlier reports suggested the launch to take place at Goodwood. But now a Pebble Beach Concours d’Elegance launch is speculated, but as Bugatti does not have a very good history of delivery dates, there are chances that the launch could get postponed till the Paris Motor Show, if they plan to launch a car like this. As there is no official word from the brand, it is too early to talk about the car, but its true that most of us will get a bout of happiness after reading this.

Though Mr. Piëch no longer heads VW, he is now a member of the Supervisory Board. We hope to see his involvement in the group’s decisions in the future too. CarsUK.net says that this might be the last model in the Veyron range. So this one is going to be a little more special among the already so special and exclusive Veyrons.