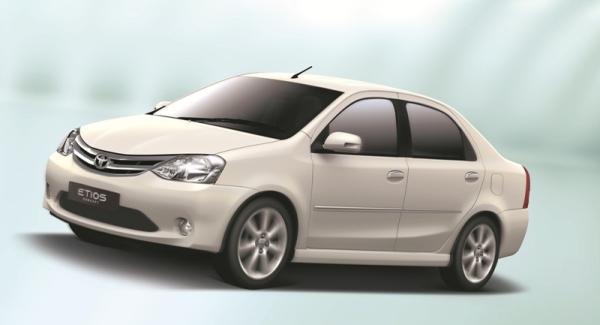 Buying a Toyota car in India is increasingly becoming a game of patience. The entry level Etios sedan launched by the company on the 1st December is witnessing an overwhelming response by the people. In about a week’s time, Toyota Kirloskar has managed to register 7000 bookings for the car, and the count is still on. The high demand for the new sedan has created a waiting period for the car of as long as 4 months. It’s notable that Toyota’s Fortuner SUV buying requests are waitlisted for as much as 8 months. The company has stopped taking bookings for the burly SUV.
Toyota plans to increase its dealership and service network from the current 120 to 150 to respond to the rising demand. The company’s plant in Bangalore can currently produce about 2000 units a month. By April 2011, the company plans to take this no. up to 3000, and give it a further boost by July 2011.
The company also plans to take up the localization level from the current 70 percent to 90 percent. This will be attained by producing engine and transmission locally, which is currently imported from Japan.