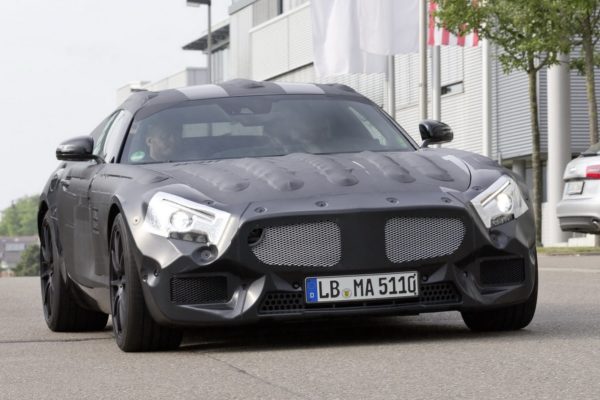 The legendary Porsche 911 and the Jaguar F Type are looking all set to be soon greeted by a new rival from popular German premium car maker brand Mercedes. Christened as the SLC AMG, the new performance car is slated to make its public debut in 2015.

As mentioned above, the SLC will be a Porsche 911 and Jaguar F Type adversary and will rub shoulders with both these cars in terms of both pricing and performance. The car will be based on a modified version of the mighty SLS’s aluminium spaceframe architecture.

Mercedes recently released spy shots of a prototype of its upcoming front engine-d, rear wheel drive sportscar and from what can be felt, the car carries a significant number of design cues from other Mercedes AMG sportscars, particularly from the SLS. 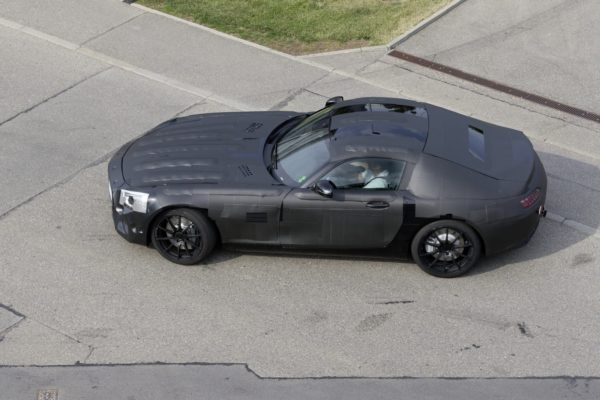 As can be made out from the images, the car sports a long hood and a short back, all of which makes us feel that this car would really look like a baby-SLS. One of the striking features of the car’s styling, or whatever is known about it, are the vents on the front fender, a design feature that has been inspired from that of the iconic Mercedes 300SL coupe. Ho

Unlike what was being expected, the SLC won’t feature the much loved gullwing doors and will instead come with conventional side-hinged doors. This would not just keep the weight of the car under a check but will also ensure increased body stiffness.

Details on the engine options haven’t been revealed yet but it would be safe to predict that the car will get both the V6 and the new twin-turbocharged 4.0-litre V8 motors that would have a max power output in tune of 330 bhp and 490 bhp respectively. 0-96 kmph sprint is expected to take merely 3.5 seconds and the motor will come mated to a seven-speed dual-clutch transmission.

The 2016 Mercedes SLC has been codenamed as the C190 and the baby SLS could really end up affecting the sales of the 911.

Go to next page for complete image gallery