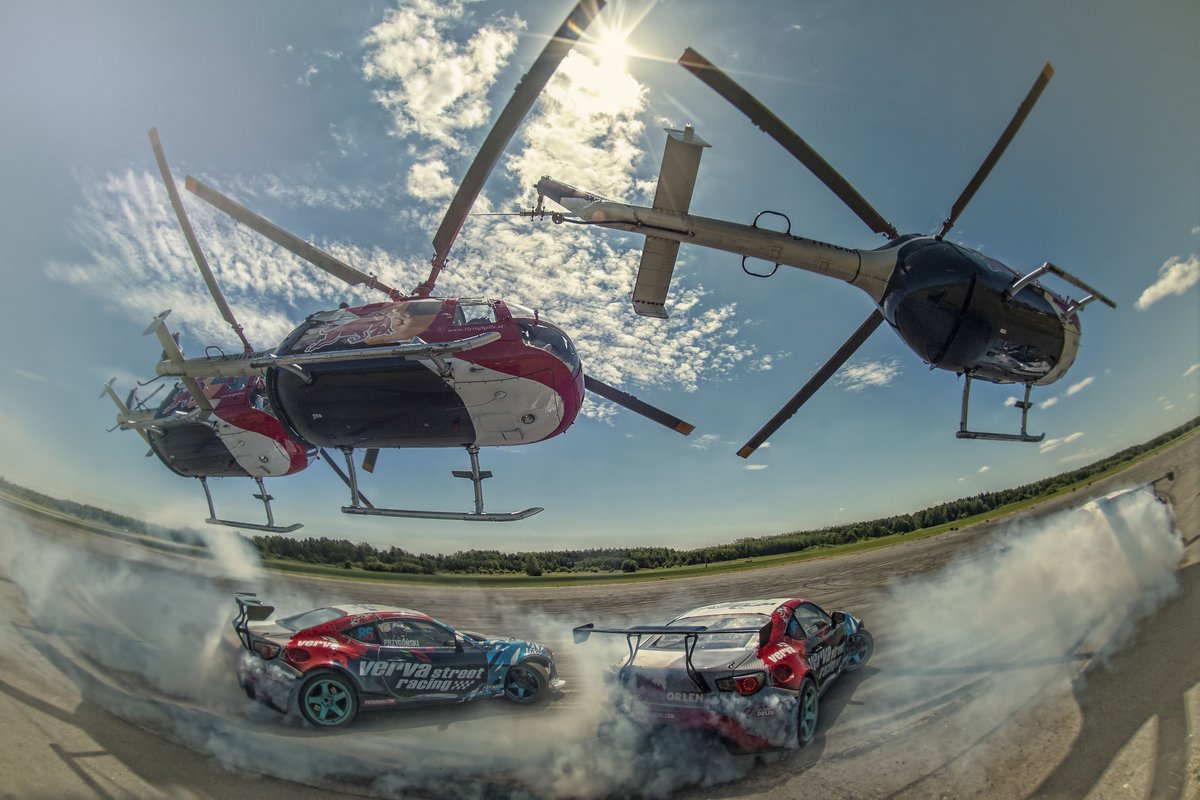 The term ‘insane’ tends to be freely bandied about on the internet. We use it to describe anything from viral ghost pranks to breathtakingly choreographed music videos. But if there’s one category that repeatedly necessitates usage of the word ‘insane’ it is the world of motor racing and stunting.

At the dawn of the viral videos, there was Ken Block with his Gymkhana series, which is still going strong and is now in its seventh iteration. Trying to outdo him, brave and immensely skilled professionals from the two and four-wheeled world came up with even more dizzying variations of their skills repertoire. The energy drinks and apparel companies are only too happy oblige.

This new video comes to us courtesy of the biggest energy drink company of them all, and the big daddy of slickly produced marketing gimmicks, Red Bull.

Apparently, Red Bull haven’t been satisfied with dropping Felix Baumgartner from the stratosphere in the interest of science. And so, this time they put him in charge of a Bolkov BO105 aerobatic helicopter, told him to chase down Polish drifting legend Jakub Przygoński in his 1000 horsepower Toyota GT 86, and set them loose on a runway.

The end result is, well, for lack of a better word, insane. Watch it for yourself below and decide if we are wrong.