Parx Super Car Show 2012, organized by the Super Car Club (SCC) in association with Autocar India, took off to a great start with 100-odd super cars displayed at Riding School, Mahalakshmi Race Course on January 22, 2012. The exotics then paraded the city’s arterial streets, covering Bandra Worli Sea Link and the Western Express Highway until Kalina before returning to the venue, amidst a round of applause from visitors at the show. 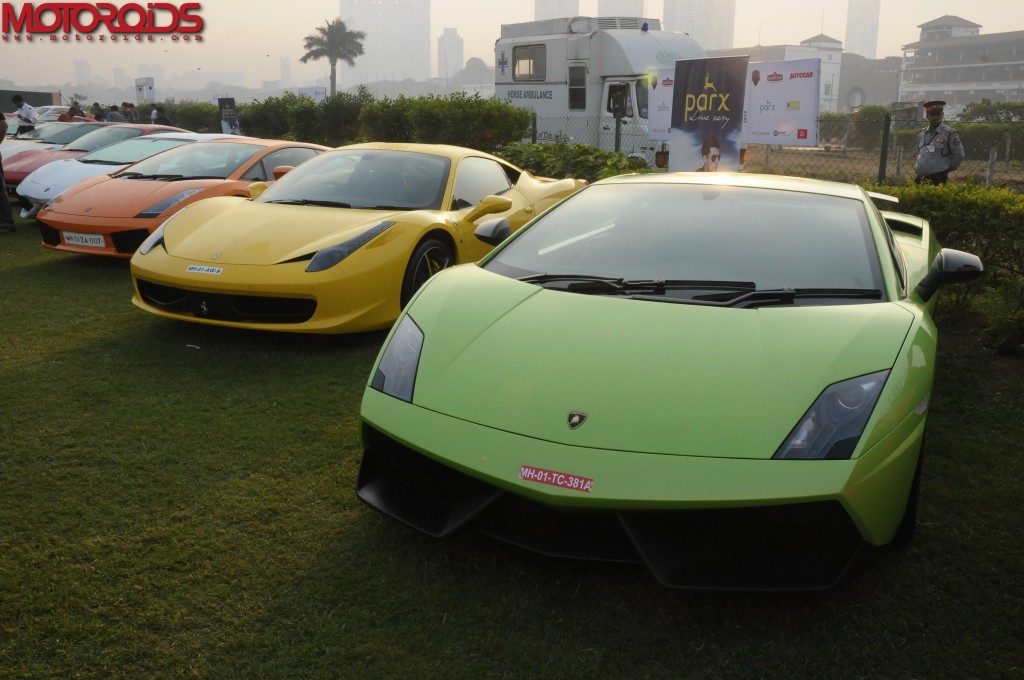 The first-of-its-kind series of events in India, the Parx Super Car Show was first conceptualized and organized by Mr. Gautam Singhania in April 2009 to enable auto enthusiasts and general public to view some of India’s best super cars, including Ferraris, Lamborghinis, Porsches, Ariel Atom, Bentleys, Rolls Royces, BMWs, Mercedes, amongst others. He is also the Founder & Chairman of the SCC, which he launched in June 2009 together with Mr Hormazd Sorabjee, Managing Editor of Autocar India.

The SCC was founded in 2009, and within two years of inception, the Club has quadrupled its members’ base. Its members today span the country – Mumbai, New Delhi, Hyderabad, Bangalore and Chennai. There are numerous requests from these auto enthusiasts to organize similar super car shows in their respective cities. SCC is in the process of forming associations with supercar clubs across UK, Europe and the Americas in organizing international automotive related events around the World.

According to Mr. Gautam Singhania, “Today, within three years, we are witnessing a growing drive amongst super car owners to participate in similar format shows, and a larger following of auto enthusiasts who are tracking the growth of SCC and its events in various cities. Such growing interest in super cars in India is very encouraging. To cater to this interest this year, we have more than 80 super cars participating in the show. ”

Mr. Hormazd Sorabjee, Editor of Autocar India added “As India’s leading auto magazine, it is our endeavour to create such experiences for car enthusiasts and we are delighted that the Parx Super Car Show in only its fourth year has grown dramatically.”