Home Ferrari Horacio Pagani Gets Himself A New, Tailor Made Ferrari F12tdf

It seems like Horacio Pagani, founder of Pagani Automobili S.p.A, is on an exotic car buying spree. Only last month (January 2017), Mr. Pagani got himself a brand new Porsche 911 R, a true collectable and arguably the purest form of a sports car. 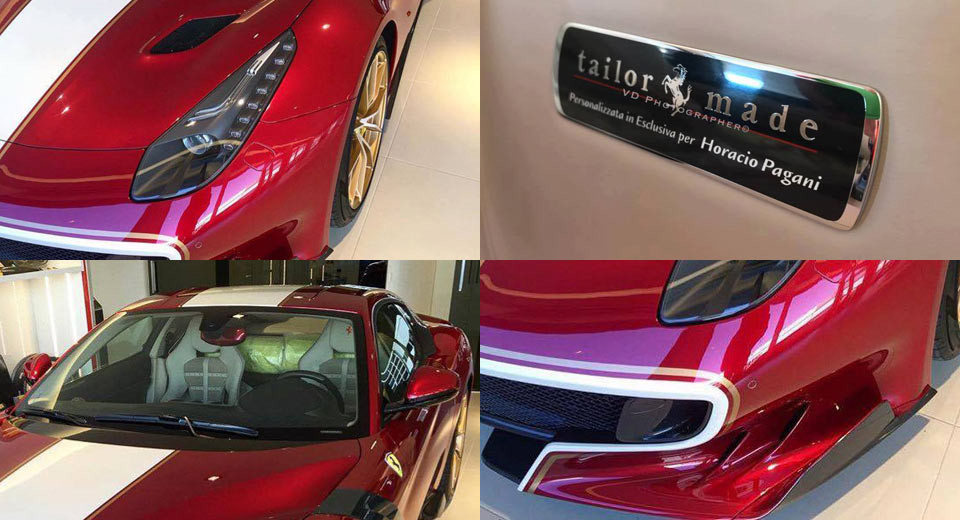 Now, he got his hands on another collectable, this time from just across the pond*. It is a brand new Ferrari F12tdf, which Mr. Pagani got customised to his tastes. The exotic now joins heavyweights in his car collection like the Porsche 918 Spyder and his favourite, a carbon Pagani Zonda C12S. 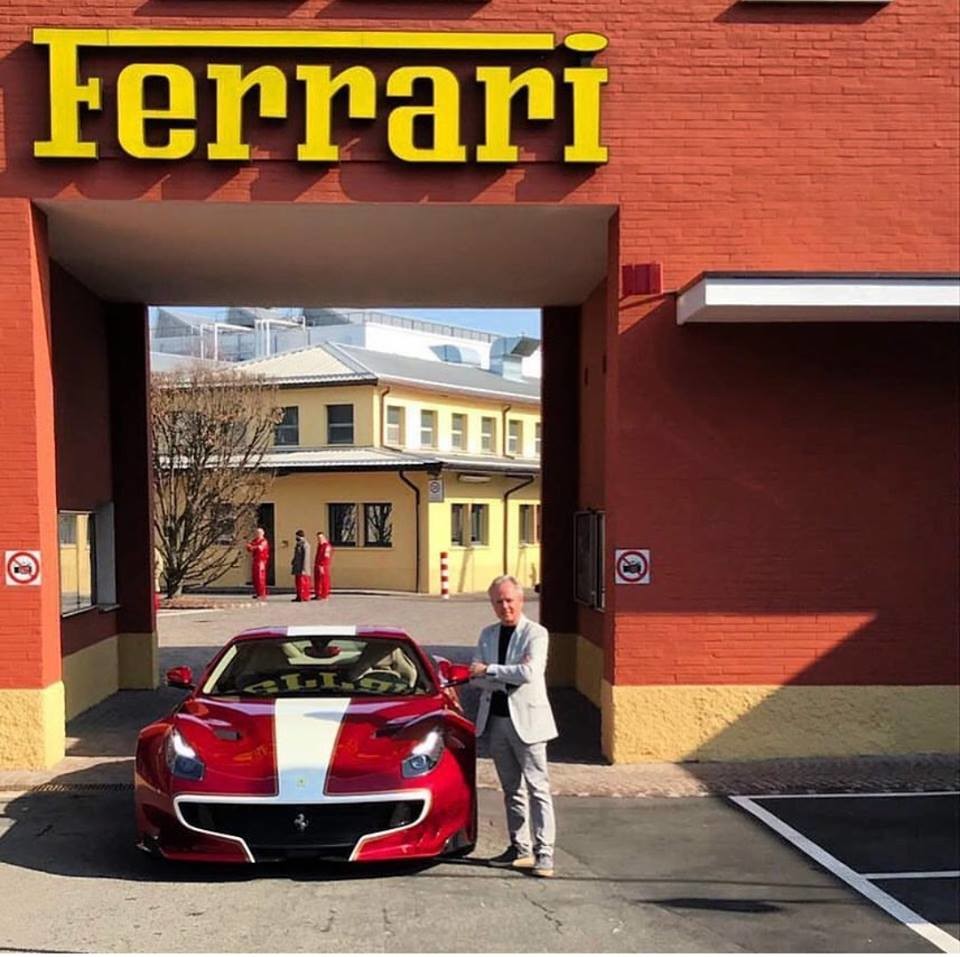 Mr.Horacio Pagani poses in front of the Ferrari gate in Maranello with his new F12tdf [Image: The Shifter]

Limited to just 799 units, the F12tdf is the hardcore version of the F12 that just got replaced with the new 812 Superfast. The F12tdf features a massaged version of the F12’s 6.5-litre V12 engine producing 770HP. It’s main party trick is Ferrari’s Virtual Short Wheelbase that’s essentially a rear-wheel steering system for added agility around corners.

It also features aggressive styling updates over the ‘standard’ F12 that generate more down-force, a more spartan cabin, carbon ceramic brakes, magnetorheological shocks and the third generation of Ferrari’s E-Diff (electronic differential). Despite the car’s €310,184 (about INR 2.2 Crore) starting price, all 799 units have been spoken for.

*Ferrari has its headquarters in Maranello, while Pagani has theirs in San Cesario sul Panaro, both separated by a 30 minute drive.