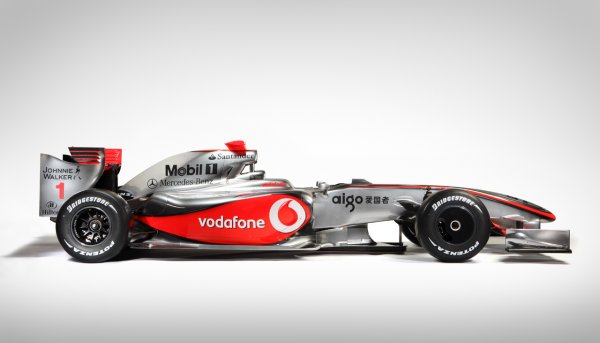 In a first-of-its-kind initiative, Vodafone India will speed up India by offering motor-racing enthusiasts their first street racing experience. Motor racing fans and loyal customers of Vodafone will witness Lewis Hamilton burn rubber in his Vodafone McLaren Mercedes MP4-27 car on Sunday, September 16, 2012 (evening), just a week before the Singapore Grand Prix 2012 night race. The venue for this unique and exciting initiative will be the historic and breath-taking landscape of Marine Drive in South Mumbai.

Lewis will enthrall the crowd driving in his Vodafone McLaren Mercedes MP4-27 car along the curves of the brilliantly illuminated Queen’s necklace (Marine Drive) that will be made to look like a Formula 1 race track complete with grand stand and pit garage. The ambience, the driving skills of Lewis and lightning fast speeds of the Vodafone McLaren Mercedes car is sure to leave the audience spellbound. Some lucky customers will have the privilege of riding with Lewis Hamilton and a chance of visiting the pit garage to see the technology behind the team, powered by Vodafone.

Vodafone is the ‘Title sponsor’ and ‘Official Total Communications Partner’ of the Vodafone McLaren Mercedes team since 2007. This partnership is Vodafone’s major global sponsorship and is part of an ongoing commitment to the Formula 1 World Championship, a sport which continues to deliver massive global television coverage and which has significant appeal for Vodafone’s consumer and business customers and racing fans around the world.

Says, Marten Pieters, MD & CEO, Vodafone India, “Vodafone shares an exclusive relationship with McLaren Mercedes which gives us access to the team, the drivers and other assets which enables us to provide our customers unique content and enjoy great experiential events and promotions.”

“Our activities in India are an extension of this association. I am very excited that we can bring world known megastars like Lewis Hamilton to India. The street race experience in Mumbai is an exclusive event that happens so far only in Monaco and Singapore. We are very happy to bring our customers to get closer to this action”, adds Marten.

Lewis Hamilton, who is no stranger to India and enjoys a tremendous fan following said, “I always love coming to India and I am really excited to be coming to the city of Mumbai this time. I would like to thank Vodafone for their continued support to the team.I am simply overwhelmed by the incredible excitement shown by the people of this country. I had a wonderful experience in Bangalore last year and this year I am hoping that the excitement will be faster, smarter and better in Mumbai”

The excitement around this initiative is already building up on Twitter with a #speedupmumbai requesting people to tweet their opinions on what it takes to speed up the city. Over 500 people have already tweeted about what they would love to do to speed up the city. This activity around the drive will peak into Vodafone Speedfest from Sept 11-16, 2012 at malls and high-footfall locations across Mumbai.

Motor racing enthusiasts and speed lovers will enjoy a full-scale speed experience with helmet simulators, car simulators and also an opportunity to get up close and personal with the exact replica of the Vodafone McLaren Mercedes car.

All through August 2012, Vodafone has also been engaging with its customers and motor racing fans across the country through a roadshow showcasing the exact replica of Vodafone McLaren Mercedes car at business parks and malls. This initiative has seen tremendous response from die-hard fans and motor sport enthusiasts all over as they engaged in interactive games and clicked pictures with the speed machine.

Additionally, in order to make significant in-roads into the small and medium business community and to give then a platform for easier path of growth, Vodafone India, launched the second season of Vodafone Drive into the Big League. This initiative gives one lucky SME the opportunity to take center stage with their logo on the Vodafone McLaren Mercedes cars at the second season of the formula one motor racing event in Delhi. Vodafone received a phenomenal response of over 270,000 entries for the contest vying for the coveted spot. The winner of this unique initiative will be announced days before the start of the Indian Grand Prix weekend (Oct 26-28., 2012) in Delhi.

Vodafone and Speed go hand in hand and today in a survey undertaken by German-based engineering services provider P3 Group, it’s the fastest data network in the country.