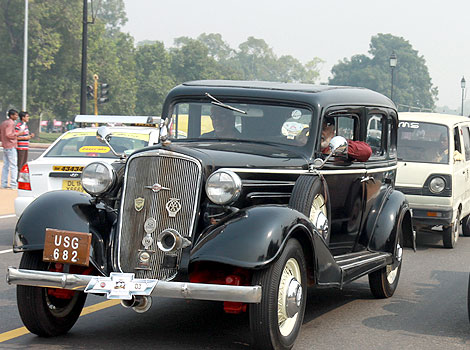 The above picture is for representational purpose

As each and every day passes by, the excitement level goes up and up as the nation is getting geared up for the motorsports event that will create history in India. For the first time, Formula 1 will take place on Indian soil. The F1 Indian Grand Prix is scheduled to take place on the 30th of October, 2011 at the Buddh International Circuit in Greater Noida. However, before this historic event kicks off, it will be welcomed with a vintage car rally in Mumbai scheduled to take place on the 22nd of October, 2011.

Many celebrities from the sports, fashion and cinema background will be a part of this grand display of vintage beauty as the cars will parade through Marine Drive. The roads will be decorated and traffic will be diverted to ensure that the rally takes place smoothly. After the event which will be flagged off in the morning, there will be a celebration on the next day which will be attended by the celebrities as well as other well known personalities. After this, the official inauguration ceremony for the 2011 Airtel Indian Grand Prix will take place in Greater Noida on the 28th of October, 2011.