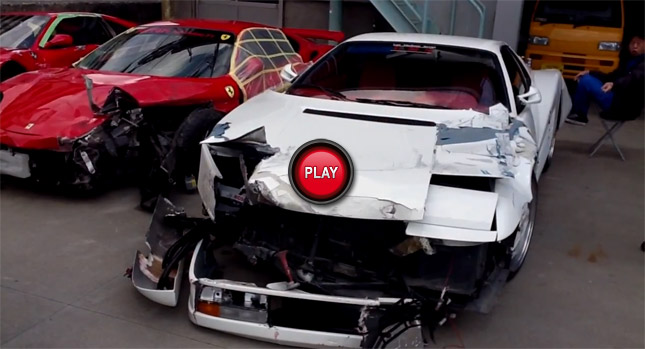 It has been a few months since we reported about the world’s most expensive car pile up that took place in Japan. The aforementioned crash involved more than two dozen premium car models. Out of the 24 cars, a one third were the holy Ferraris. But this clip here literally makes us have a heavy heart. The video clip here shows the white Ferrari Testarossa involved in the recent pile up and also includes a few F360s. The video has been shot at Japan and it is quite disappointing to see the cars ending up having such a fate. As they say, what a WASTE! Is not it painful to see a lot of twisted metal in the video below?