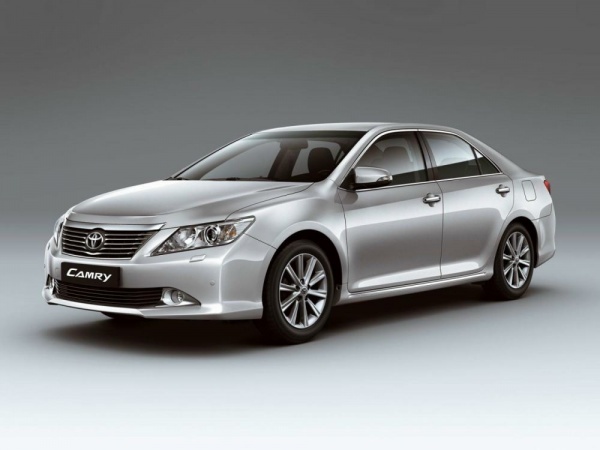 Toyota Kirloskar Motors is all set to launch the new generation Toyota Camry in India. The new gen car made its Indian debut at the 2012 Auto Expo. This car was recently in Malaysia and the new Camry should help Toyota regain the lost ground in D-segment. The Japanese carmaker plans to assemble the car in India for and this will be done in a move to come up with a more competitive price tag.

This generation of the Camry line-up for the Japanese domestic market has been reduced to a hybrid variant only. Other than the powertrain option, the Japanese market will now share the rest of the Camry model with our market. Earlier, Japanese market had the same model of Camry as the American. The Camry in India will be seen powered by a 2.5-Liter 4-cylinder DOHC 16-Valve Dual VVT-i engine. This motor pumps out 178 hp @ 6000 rpm. We do not expect to see the 268 hp, 3.5 liter V6 in India. While arch rival Honda was generous to us in this regard, we all know that the V6 version of this car has unfortunately next to no market in India. The Malaysian variant comes with as  many as two engine options-  The top end model gets a 2.5 liter motor while the lower equipped models get a 2.0 liter engine with a shift automatic transmission. Easily expect Toyota to not launch the 2000cc motor.

As of now, nothing much is known about the car’s features but safely expect us to update our dear readers as soon as we manage to find more on this subject.
Recently, the good folks at Top Gear spotted the new Camry being tested in Bangalore. This certainly means that the car is an inch closer to its launch which should happen as soon as in later half of July. What remains to be seen is how Toyota has prepared itself to battle against the diesel engined rivals in the market. Now that the prices of gas have reached an all time high, Toyota might have to try real hard to make the new Camry a success. Stay tuned for more info on this.