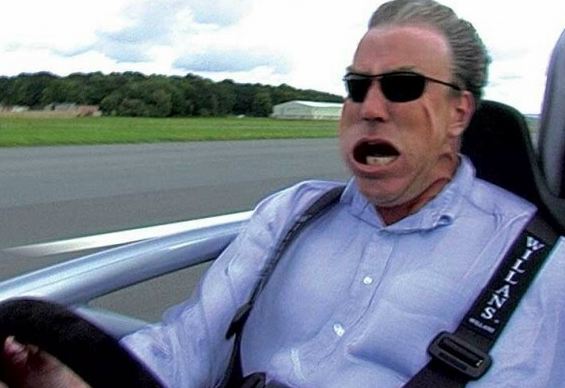 Whoa whoa whoa! Now that’s one news that’s going to set the blood rushing through the veins of all Top Gear fans in India! Top Gear’s lead host Jeremy Clarkson has said that the show’s crew will be shooting in India for a few weeks for its Christmas Special this year. Wow!

Now, I must admit that I am a huge Jeremy Clarkson fan myself and would do anything to shake his hand. So I’m dialing a few numbers as soon as I finish putting this post up, and see how I can meet the big guy.

The British auto show host who has equated Indian roads to a war zone in the past should be in for a new experience altogether this time around, as the traffic here is far more chaotic and dense then what he last saw. So what is he going to call it now? Armageddon, apocalypse, catastrophe or holocaust? You’re going to have one hell of a time here Mr. Clarkson, you’d better buckle up!

So what would you suggest Clarkson to do here? Do let us know your views. We’ll try and send all of them to the big man somehow. For all you know, he may actually end up implementing your idea. And even if that doesn’t happen, we’d have accomplished a pretty appreciable feat of finding some more craziness on the roads already on the very extreme of madness. So get commenting!