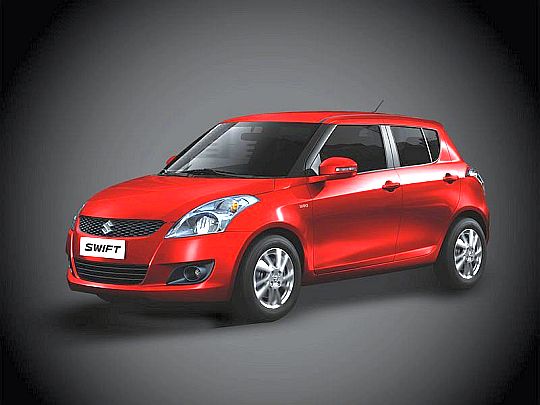 Many might remember that we had a CVT variant of the last gen Honda City on sale in India. Now the news is that the Suzuki Swift CVT has joined the Thai EcoCar project and there is some possibility of this car coming to us. It may be noted that the Honda Brio and the Nissan March, nay, Micra are already a part of the Thai Eco Car project. The motor in the Swift continues to be the same 1.2 liter K series and in a state of tune that is similar to that in India but the car now gets a Continuously Variable Transmission (CVT) instead of the 5 speed manual as seen in the Indian market. Now, here is where the Swift CVT is different. CVTs are generally less fuel efficient that the manual transmissions but the with the CVT transmission in Swift, the Suzuki Swift sold in Thailand delivers 20 Kmpl and has tail pipe emissions of under 120g CO2/km. With a great fuel economy figure and Indian market slowly embracing the CVTs, there is a fair possibility that this variant of the popular hatchback will be launched in India at some point of time.