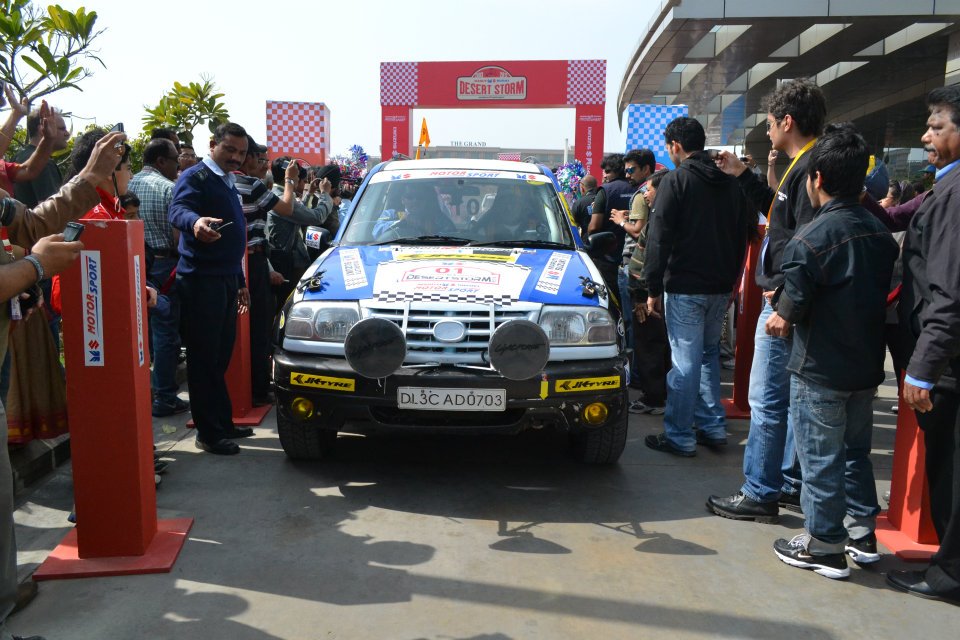 Renowned Indian Rallyist Sunny Sidhu had to pull out of the Desert Storm 2012 that was flagged off on the night of 20th. It may be noted that Sunny was piloting a rally prepd Grand Vitara XL-7 that landed quite hard after a 20 feet jump at a high speed. What ensued was a damaged sump guard. Now, this later led to an engine failure. The car was already running without a bonnet as it had fell off in stage three!

Sunny Sidhu is one of the many participants in this year’s event. The rally includes a Ladies’ team driving the all new Swift. The rally also has participation by teams from several wings of the Indian armed forces. However, looking at the previous record of Sunny, it won’t be wrong to say that Sunny Sidhu could had easily emerged on top if not for the damaged Vitara. Maruti Suzuki Desert Storm is being organized in partnership with Northern Motorsport for the 10th year in the running.

Seven-time Raid de Himalaya winner Suresh Rana was at the lead of the event in his Baleno-enginged Gyspy. Among the other top finishers of the first stage were Gaurav Chirpal (Vitara) and Lohit Urs (Mahindra XUV 500). Teammate of Urs and current INRC leader Gaurav Gill was seen struggling with  his XUV 500. The rallyist had to resort to removing the front grille attatchment for better engine cooling.

We wish Sunny a better luck for next time. 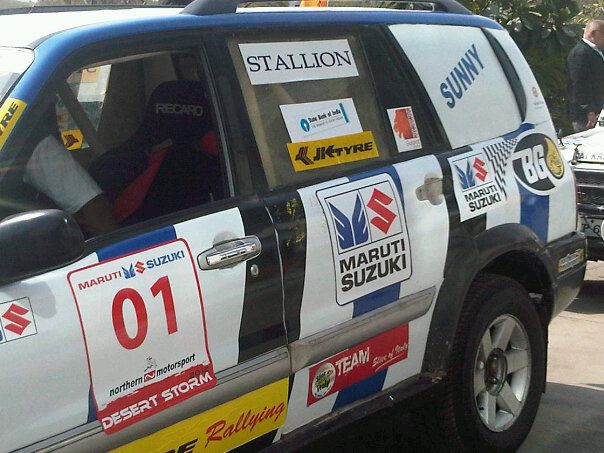