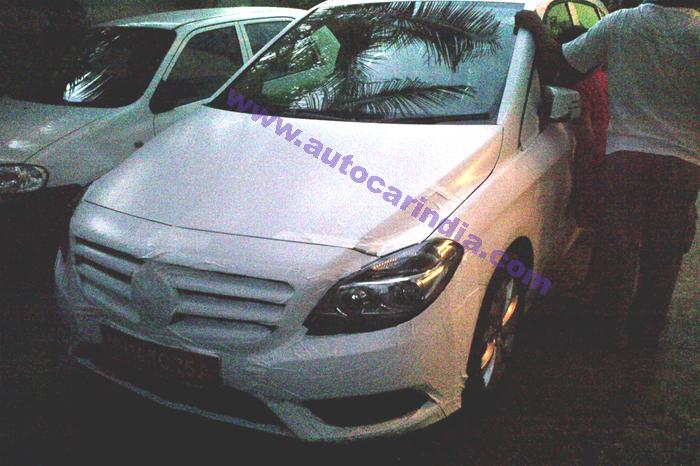 We informed you about Mercedes planning to enter the small car market with their A & B Class cars a few months back. Today, second batch of spy pics of a B class testing in Maharashtra surfaced on the web world.

The next-generation B-Class will come with sliding rear seats that will make for a split between trunk space and rear leg room. Plus it will also be equipped with the Mercedes Benz tech gadgetry including the lane assistance system and internet access. Under the hood Mercedes will offer five petrol engines and four diesel options. The power band for the Petrol will range from 109PS to 204PS, while the diesel engines will provide power figures from 122PS to 204PS.

The 2012 B-Class will be showcased at the Frankfurt Motor Show to be held in September, Mercedes may plan a Hydrogen fuel cell and EV version of the B-Class some years down the line. In India this should be priced in INR 17-20 lakhs bracket and might shake the whole industry as owning a Mercedes\BMW\Audi has always been a dream of many and they might opt for a Merc hatch over, say, a Honda CRV.