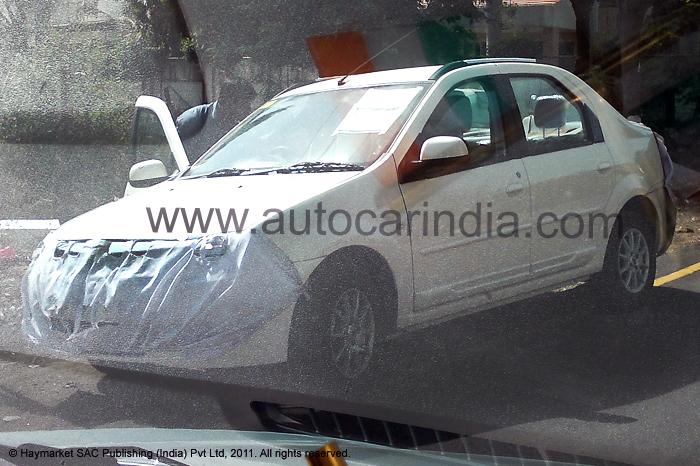 Renault had first entered the Indian market with Logan, a C segment sedan. The French car maker had tied up with Mahindra & Mahindra and the car did a fair no. of sales before the two partners decided to head for a divorce. While Renault started its Indian innings all over again with the introduction of some upmarket products, the Logan went to Mahindra and was quickly re-badged as the Verito. While Logan got a few updates just before it was re-badged as Verito in India, we at Motoroids were the first ones to report that the Indian manufacturer is working on injecting some more botox in to the fast aging and bland car. Recently, the good folks at ACI spotted a camouflaged being tested and the car was wearing some masking on the front and at the back. It may be noted that we had reported about the chances of the recent facelift job given to the Dacia Logan abroad, making it to India and it is for quite sure that the Verito refresh will come with a new bumper, grille and foglamp housings. The car also will have changes to the boot lid and rear bumper and tail lights. On the side profile, the car gets blacked out B pillars and new mountings for the ORVMs.

Do not get us wrong, we are not expecting any drastic change to happen with the market’s perception of the Logan, nay, the Verito but a minor facelift can surely inject some freshness into the aging car.