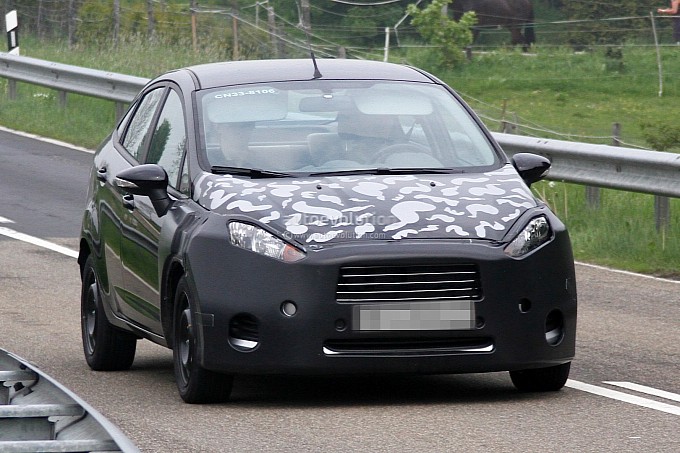 This comes as quite a surprise. It has hardly been a year since Ford launched the new Fiesta in India, and we have stumbled up on the spy pics of the car’s facelift. True, the car has been in international market since some time now and as is obvious, the facelift has NOT been spied in India but still, Ford might launch the refreshed version in the country soon after it is launched in Europe. The pics that we see here show that the new version gets modified bumpers, new grille, new headlights and few other mild updates.