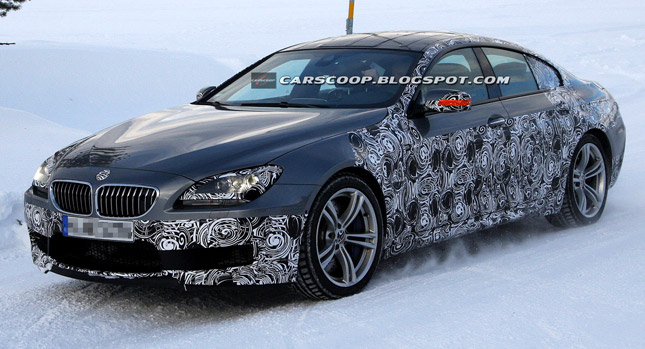 The first generation of M6 came out way back in 1983 and since then, it has been the flagship sports car from the Bavarian manufacturer. I have some fond memories of piloting the last generation of M6 on a well paved 6 lane road. That car is a perfect recipe for having some serious fun and all you can wish for is some more space to squeeze in some more friends. Now, the news is that BMW’s M division is busy working on the four-door version of the current M6. We can safely expect this car to sport a re-tuned version of the well known 4.4-liter bi-turbo V8 engine. Beneath the hood of the recently launched M6 Coupe and Cabriolet, the motor pumps out about 560-horses (412kW) between 5,750 and 7,000 rpm, and a peak torque of 680Nm (502lb-ft) from 1,500 to 5,750 rpm. Mated to this motor will be the BMW’s seven-speed twin-clutch transmission. We are hoping that the CF roof on 2 door sibling will make it to thi car. This car should make its debut sometime in early 2013.