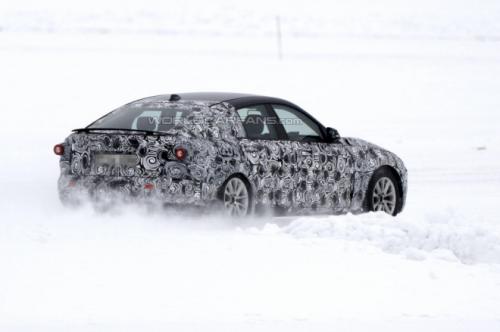 The eagle eyed folks at worldcarfans have caught the 2013 BMW 3-Series Gran Turismo being tested. The car was caught during its cold weather testing and was dressed in a lot of camouflage. However, it can easily be made out that the car has a sloping roofline, powered rear spoiler and a tail gate that can split into two. Powering this car should be a slew of engine options borrowed from the 3 series sedan. This includes the 2.0 four cyl and a twin turbo 3.0 liter inline six with 245 PS and 306 PS respectively and 163 PS 2.0-liter four-cylinder oilburner. The 3-Series GT should be unveiled as soon as in March 2013 at the Paris Motor Show. It may be noted that the new gen 3 series is already on sale in international markets and will soon hit the Indian roads. We also saw BMW launching the 5 series GT in Indian market and it met with reasonable success. Hence, we won’t be surprised if the new 3 ‘er GT comes to us soon after it is launched abroad.