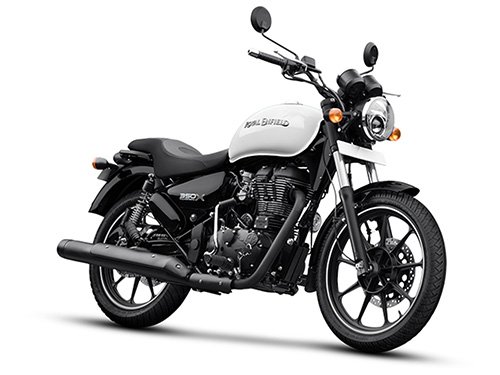 Royal Enfield Thunderbird 350 is already a well-known motorcycle for its great comfort, leisure riding posture and rumbling torque in the hilly roads. The Thunderbird 350X is a new offering from the Indian manufacturing brand which gets a refreshment in only the aesthetic appeal. This model is designed in terms to attract younger generation riders who would love cruiser bikes with more modern design. The newcomer from the Royal Enfield looks more beautiful from many angles. Priced at a little above from the regular Thunderbird 350, this model represents with more style, sporty and updated modern look.

The first thing that attracts in the Royal Enfield 350X is its Fuel tank which is painted in whimsical white and bright red that makes anyone turn their head towards it no matter from how long a person is looking from. The next big thing is the spoke wheels that have been replaced with the sporty 10 spoke alloy wheels that gives the motorcycle a modern and updated cruiser look. The high raised “U” shaped handlebar from Thunderbird 350 has been replaced with a flat single piece wide handlebar. Grab rail behind the pillion seat has been removed and it too has a more updated look.

The Royal Enfield 350X is featured with a projector headlamp that widens up the vision compared to the previous generation vehicles and along with that, the tail lamp is also replaced with LED units. The exhaust pipes are given a powder coating treatment with matte black colour replacing the older chrome muffler. The analogue tacho and speedometer have been retained from the older version whereas the other basic indications from the Royal Enfield Thunderbird 350 continues to speak about it.

The same powerplant which fires up the Thunderbird 350 is the same unit that powers the Thunderbird 350X too. There aren’t any mechanical updates and the engine is directly taken from the older sibling to its new younger generation. The 346cc single cylinder air-cooled engine tunes up to generate 19.8PS of peak power at 5250rpm and a maximum twisting force of 28Nm at 4000rpm. While most manufacturers are opting out for fuel injection system, Royal Enfield continues to use the same carbureted system to feed the 350X and here, the one used is in the form of Constant Vacuum Carburetor that continuously keeps creating a vacuum to send the air and fuel mixture into the combustion chamber. As a result, the engine gets more amount of torque even at the higher rpm.

Since the powerplant is directly taken from the Thunderbird 350, the alloy wheel version also gets the same 35kmpl. A massive fuel tank of 20 litres capacity helps us to go for an ideal range of 600km with a full tank of fuel.

The new set wide and flat handlebar provide enough comfort to manage the city traffic effortlessly whereas the suspension duties which handles in the Thunderbird model is the same that takes all the bumps and potholes in the Thunderbird 350X too. The footpeg position is also pulled back a further to achieve a straight riding position so that one could always feel engaged with their bike confidently. The wheels used are of 19-inch at the front with 90/90 section at the front and for the rear, it is an 18-inch wheel with 120/80 section wheels are used. The tyres offer enough grip on the road with the great quality of uncompromising alloy wheels. 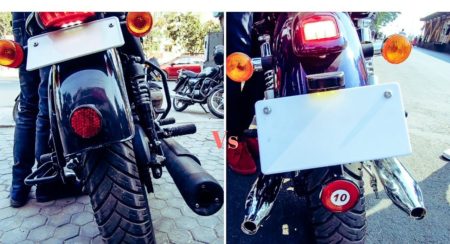 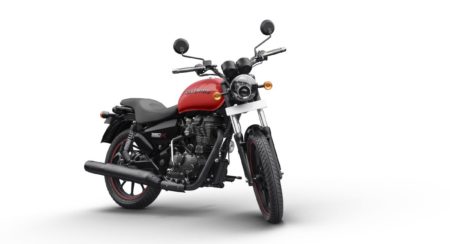 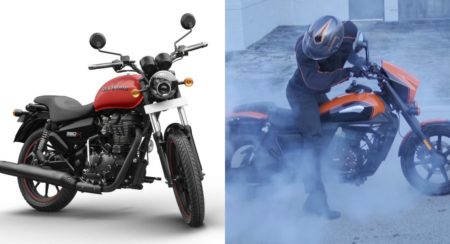