With Delhi’s ROYAL BEASTS (Royal Enfield club) gearing up to host this year’s rider mania on 28th Jan, we thought we could give you a little introduction to this grand event.

As we’ve seen in the past few years, the motorcycle touring culture in India has grown vastly with a lot of new clubs taking their trusted steeds out on the Indian highways. Some of the oldest motorcycle clubs in India are the Bullet clubs. Almost all states and all the major cities have their own Bullet clubs and they have been growing for years. When you’re touring with your club mates, sometimes, you might end up meeting another club along the way and maybe ride together for a while. If both the clubs get along, they stop for lunch together or share a couple of beers and these are the places where their best or worst of riding experiences are shared.

In 2003, the clubs decided that these random meetings would be more fun if they were planned in advance. It was decided that every year, all the clubs from the country would meet at one common place and have a grand party. So began, RIDER MANIA – an annual event that has been happening since 2003 and attracts more crowds each year. More than 20 clubs participate in this event which takes the participant tolls from 300 to 600 depending on the venue. Its normally a 2-3day event which has live rock band performances, dirt track races, custom bike competitions, carry your bike contests, slow racing, figure of eight and lots of other fun stuff. More importantly, it has great food and cheap beer – the essentials that these bikers can’t resist. It’s a time where friends form different clubs meet each year, discuss their ride plans for the next year, have a few laughs over  good times and others get their families there to show them a part of this world. It’s held in a different place each year and the native club from the venue is in charge of hosting it. Riders actually ride down from all corners of the country. Some of them even save up their year’s job leaves for this event. 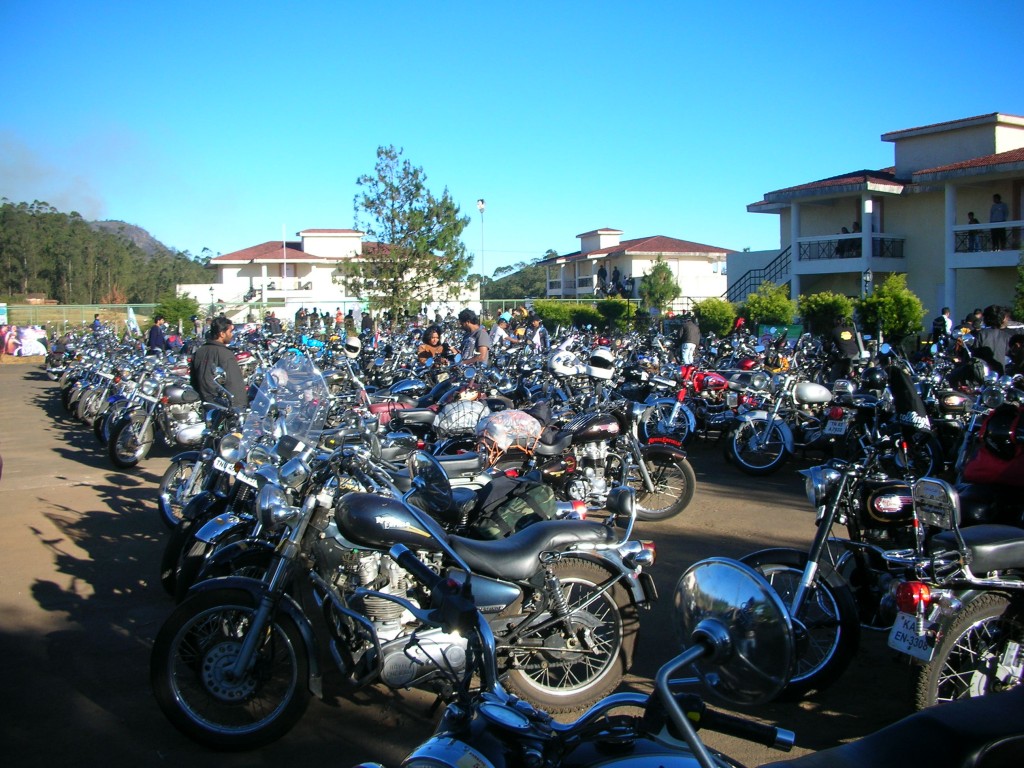 Rider Mania originally started in 2003 – Hosted in Goa by Volunteers from all clubs.

2004:  Was repeated at the same venue again by Volunteers from all clubs

2005: RM happened in Panvel and was hosted by the Bombay club – Inddiethumpers

2006: Hosted in Chennai by MadBulls

2007: Hosted in Nagpur by Wanderlust

2008: Hosted in Hyderabad by Wanderers