It won’t be wrong if we said that the TVS Jupiter played a very crucial role in strengthening the bikemaker’s threshold in the Indian scooter market. Where the Activa once rules in an almost monopolistic way, the Jupiter came and made a dent in its sales figures. It was for the first time that a gearless scooter from some other manufacturer had entered the Activa’s territory and competing fiercely. Putting aside the bravery tales of the Jupiter, let’s get the cat out of the bag. TVS has launched the BS6 variant of its much-loved Jupiter and has made some crucial mechanical as well as cosmetic changes. Below is a video review if you wish to skip the text:

The cosmetic changes include the inclusion of a new colour which goes by the name ‘Indi Blue’. Another noteworthy change is that now the windscreen of the classic variant is tinted. LED headlights have become a segment standard and TVS has made sure that Jupiter doesn’t lag behind in this aspect as well. It also comes with a front 2-litre pocket with a USB charger so you can place your phone inside the pocket while it charges. The under-seat storage has also grown bigger as compared to the previous variant. It now offers 21 litres of storage while previously, it offered 18 litres. Same is the case with the fuel tank capacity as well, which has gone up to 6 litres as compared to 5 litres earlier. 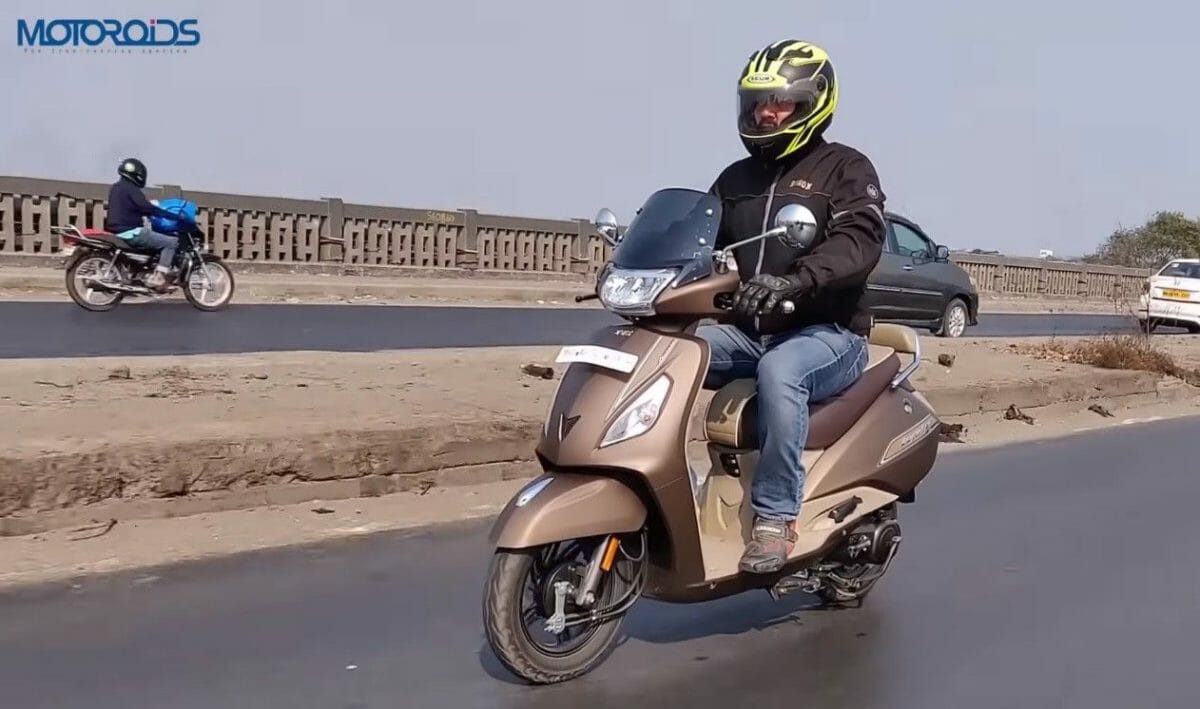 Coming to the mechanical bits, to make the ride smoother than before and also to comply with the stringent BS6 norms, TVS has introduced Eco-thrust FI technology. While the power figures remain unchanged, the throttle response has become crispier than before. The refinement levels have gone up too. The 109.7 cc makes the same 7.99 PS of power and 8.4 NM of torque. An engine malfunction light has also been included in the instrument cluster.

The riding experience has become better, all thanks to the FI which has been introduced in the BS6 variant. The ergonomics are as comfortable as before and the handling department hasn’t changed as well. It still handles well, courtesy the 12-inch wheels at both the ends. The engine feels peppier than before and also less stressed. Fuel efficiency has gotten better too, by 15 per cent as TVS claims. Official ARAI figures aren’t out yet, however, the BS4 version claimed 62 kmpl. 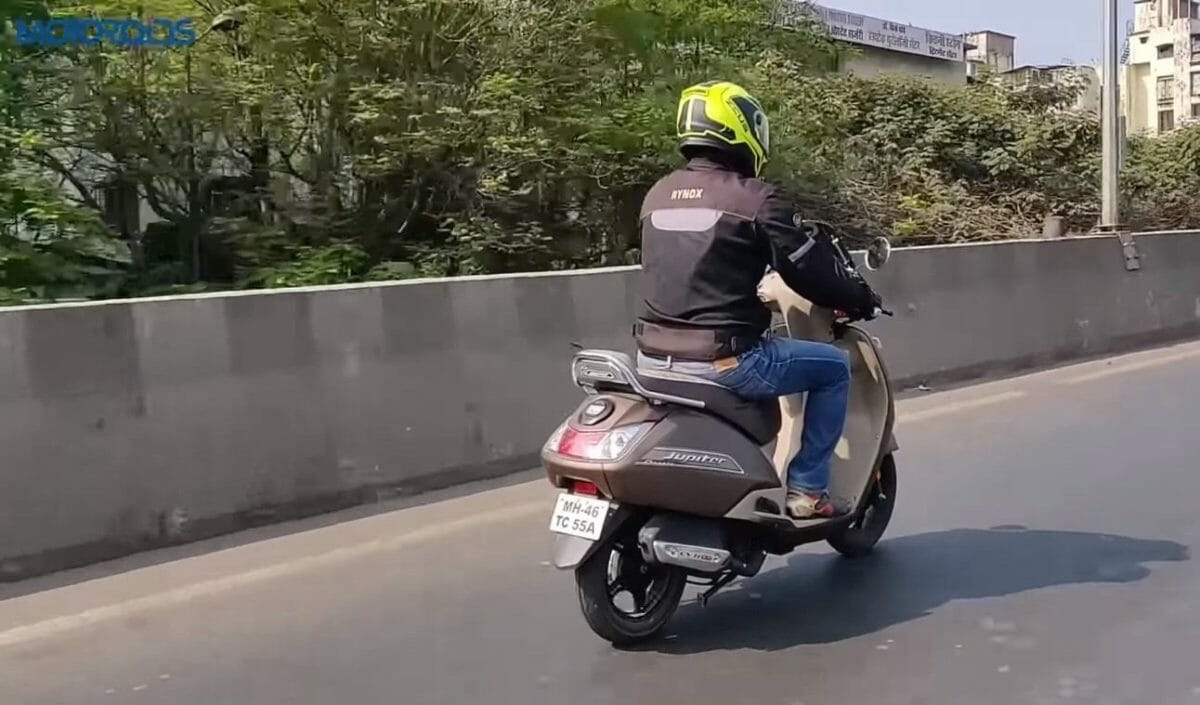 TVS is offering Jupiter in three variants – Standard, ZX and Classic. The standard variant doesn’t include USB charger but it can be fitted as an accessory. The Classic remains top-of-the-line variant out of the three and will appeal more to the people who like their vehicles classy and retro. It also includes ribbed seats and a backrest for the pillion which isn’t included in the other variants. What came as a surprise to us is that TVS has stopped offering disc brakes at the front, even as an option. We believe cost-cutting is to be blamed for that because even before, Jupiter was the only scooter in its segment which came with a disc brake up front.

Pros and Cons over Activa

Honda Activa and TVS Jupiter have always been fierce competitors with Jupiter coming out on top because of its long feature list but Activa still beating it considerably when it comes to sales figures. The story remains the same. Jupiter still offers more feature as compared to Activa which include USB socket, bigger under-seat storage, bigger wheels, and a longer wheelbase. Jupiter also offers a better ride quality, handling and fuel efficiency as compared to Activa. 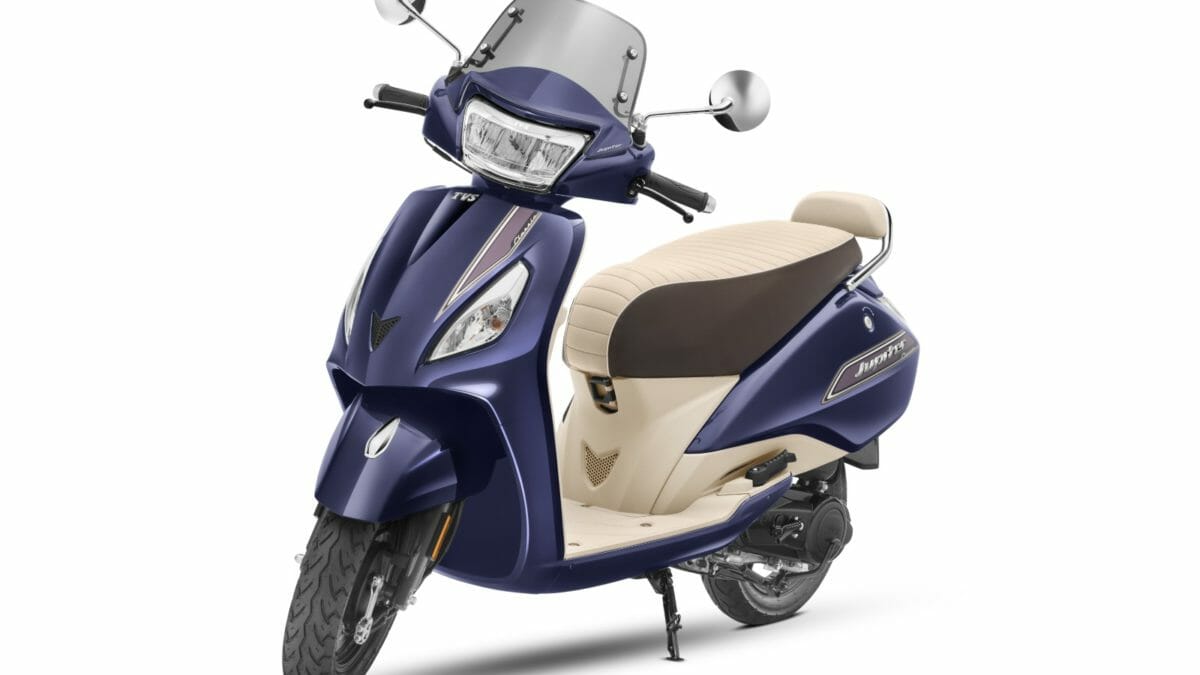 On the other hand, Activa too has some pros over Jupiter. Honda has included the silent start system which is similar to one-touch start we see on some motorcycles. The TVS Jupiter misses out on this. The Honda Activa also comes with an engine kill switch which the Jupiter doesn’t and the popular Honda has more metal body parts if you consider it as an advantage. The ground clearance is considerably more too, with Activa’s being at 170 mm and Jupiter’s at 150 mm. We’ll come back with a proper comparison between the two. In the meanwhile, if a comfortable, rider-friendly, feature-rich 110cc scooter is on your mind, take a very good look at the TVS Jupiter.