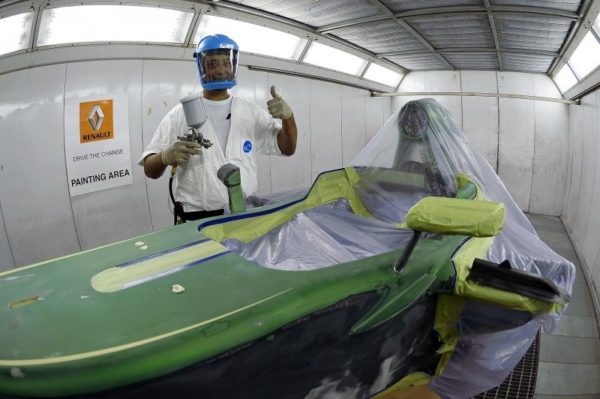 The Renault India workshop at Noida took on a special assignment recently – that of painting two Caterham F1 Team chassis before the Indian Grand Prix this weekend. Normally catering to servicing customers’ road cars, the team at the workshop eagerly rose to the challenge when Renault Sport F1, Caterham F1 Team’s engine partner, asked Renault India to source a facility in Noida where the team’s chassis could be repainted between the Japanese and Indian Grands Prix. This is a routine procedure while the team competes in Europe, but one that presents a number of logistical issues during the late-season long-haul flyaway races.

“All Renault workshops are designed to meet our exacting global standards and the team well trained in ensuring quality,” said Sumit Sawhney, Executive Director, Marketing & Sales, Renault India Pvt. Ltd. “With our state-of-the art workshop, we were confident about delivering on the accuracy and quality required to paint the Caterham chassis.” 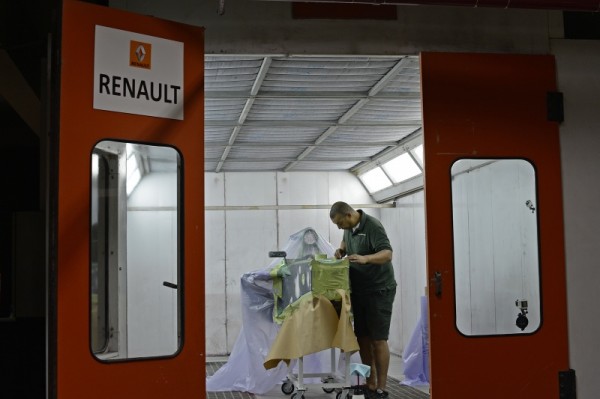 From Tuesday morning, the team, working with the Caterham Paint Shop Supervisor, Michael Vickors, meticulously sanded down the existing paint before applying the primer, base coat and top lacquer coat on the cars. The vehicles were then heated up to 60 degrees centigrade to dry the paint. The whole activity saw the chassis, followed by the front and rear wings and other bodywork such as the nose, engine cover, side pods and headrests colored in Caterham’s bespoke livery, created by the team’s official supplier Cromax (formerly known as DuPont Refinish), using up around 4.5 liters of paint, including the primer.

“While painting the chassis, it is essential we watch the overall weight of the vehicle and we use spray guns that are designed to minimize the amount of paint applied while providing the same finish as heavier application”, said Michael Vickors. “The facilities at
the Renault workshop were well-equipped and the personnel well qualified to meet these precise needs.” 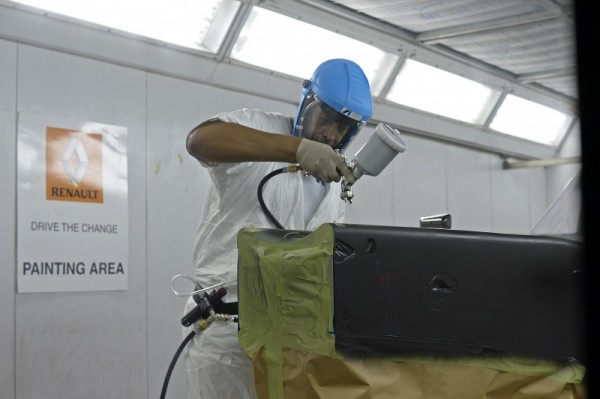