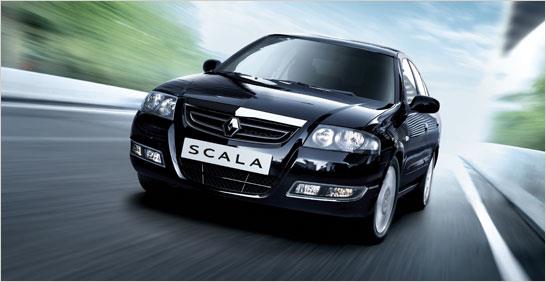 As we earlier reported, Renault is planning to do to the Sunny what it did to the Micra earlier. Just the way they made the Pulse out of the Micra by applying some makeup on the Nissan hatchback’s face, they are planning to churn out a new sedan with the name Scala by rebranding the Sunny. The new model is expected to be positioned slightly above the aggressively priced Sunny.

To be manufactured at Nissan’s Oragadam plant near Chennai, the Scala is expected to remain entirely similar to the Sunny sedan, except for a few changes on the outside. The powertrain, the mechanicals, the interior, everything would exactly be the same as the Sunny. The car will be powered by a 1.5 liter petrol engine with 97bhp / 134 nm and a 1.5 liter dCi diesel with 85bhp / 200Nm. Both powertrains would initially be available with a five speed transmission. However, Nissan is currently testing a CVT Auto variant of the Sunny, this automatic may also be offered on the Scala at a later stage. The weight and fuel efficiency of the two cars is also expected to be almost identical.

The car will be launched sometime before the festival of Diwali this year. Now that the Duster has been launched, the launch of Scala has to happen soon for Renault to continue with its onslaught of new offerings.  The Scala will be the fifth product from Renault for India in addition to the currently sold Pulse, Fluence and Koleos and the recently launched Duster.

Would you be interested in a slightly more expensive, and probably a bit more stylish rebadged Sunny from Renault? Do let us know