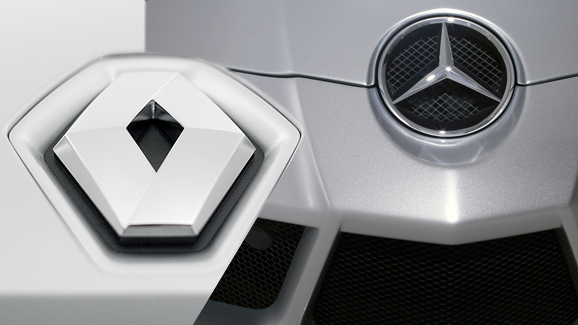 It has been quite some time since Mercedes Benz and Renault have been talking about holding hands for benefitting each other. Now, the latest development is that French car maker Renault has entered into an agreement with the German biggie to make use of one of the latter’s car platform to develop luxury cars. Currently, Renault is looking forward to playing a considerable role in the manufacturing process of Smart hatchback. Now, the two are also working on planning if a  luxury car cab be developed by Renault based on one of the German’s manufacturers car platform.

Speaking of these possibilities, Mr. Carlos Ghosn, CEO, Renault said that having a vehicle based on Daimler’s platform would go a long way for the company. It may be noted that in January, a deal was signed between Renault and Daimler to develop four cylinder engine for some Renault-Nissan models. It is also hoped that Mercedes would utilize these four pot motors in some of its future models. Renault plans to develop as many as three luxury vehicles. While Ghosn hinted that the Merc based Renault luxury car would be exclusively for French consumption, we hope that the French carmaker will bring its luxury vehicles in India and with a price tag that is friendlier  to wallets than that of Mercs and the likes.