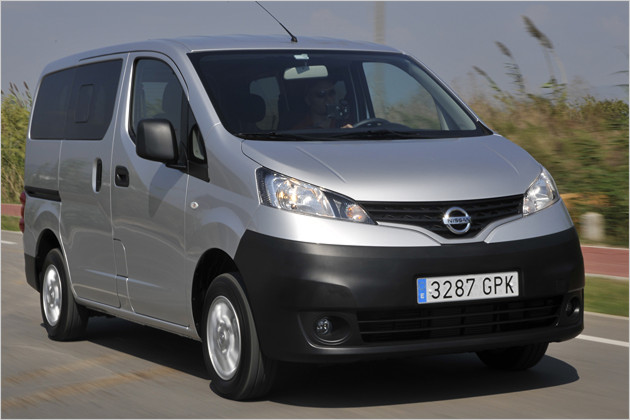 Sunny sedan and Micra hatchback posting good numbers on sales chart, a top award for Quality, a representation in sportscar segment and lot of plans for near future. Japanese giant Nissan is surely enjoying its time in India. It is the first time Nissan has a presence at the ongoing Delhi Auto Expo and the manufacturer’s hall already has the almighty GT-R on show. Nissan decided to launch a brand new vehicle at the Expo. A vehicle that has been built in India and for India. On show is the Nissan Evalia. The seven-seater family car is the first Urban-Class Utility Vehicle from the Japanese car maker. Evalia should have a best in segment fuel economy, clever interiors that have high functionality and also boasts of upmarket features like a rear View Camera and Intelligent Key. The Evalia uses a dash mounted gear lever to maximize the feeling of spaciousness in the front.

Sales of this MPV are slated to start later this year and Evalia will join the likes of locally built Nissan cars – Micra and Sunny. Nissan’s first offering in India was the X-Trail SUV which never really was a block buster hit. The Japanese car maker started tasting success only after 2010. As per JD Power surveys, Micra is the top ranker in premium compact car segment for customer satisfaction. Not long back, we had reported that Nissan is busy working on expanding its dealer presence in India. Currently the manufacturer has 50 outlets in the country but this count is all set to more than double by 2013.The target is to open up 150 outlets by 2015.

The seven-seater MPV will battle it out with Toyota Innova, Mahindra’s Xylo and upcoming Maruti Suzuki Ertiga. It may be noted that this MPV has sliding rear doors, a la Maruti Eeco.  Evalia’s 2725mm wheelbase is well short of Innova’s 2750mm but if sources are to be believed, Evalia will be close to being as spacious as the popular Toyota.

The Nissan Evalia has a strut type suspension in the front and leaf springs at rear. Safely expect Nissan to provide the MPV with a power steering as a standard feature on all variants. Nissan claims that their MPV will have car-like ride and handling characteristics. As we earlier reported, this Nissan will be launched with the 1.5 dCI engine from the Renault-Nissan alliance and the motor should be in re-tuned form and produce 105PS. Nissan will be offering only a manual transmission for the MPV. The manufacturing of Evalia will start later this year at Nissan’s Oragadam plant in Chennai and that makes us expect a very competitive pricing.

“Our progress in India has been exceptional. An impressive rise in sales, award-winning quality from locally-built products, and an expanding range of innovative cars from a growing dealer network underlines the strategic importance of India to Nissan’s future growth plans. Indeed, such is the global demand for products built here in India, that we have brought forward plans to open a second production line at our state-of-the-art Oragadam plant near Chennai. The second line will open in March, well ahead of schedule, which will ultimately create an extra 1,500 jobs at the plant – further proof of our commitment to the country.” said Gilles Normand, Corporate Vice-President, Nissan Motor Co. Ltd.