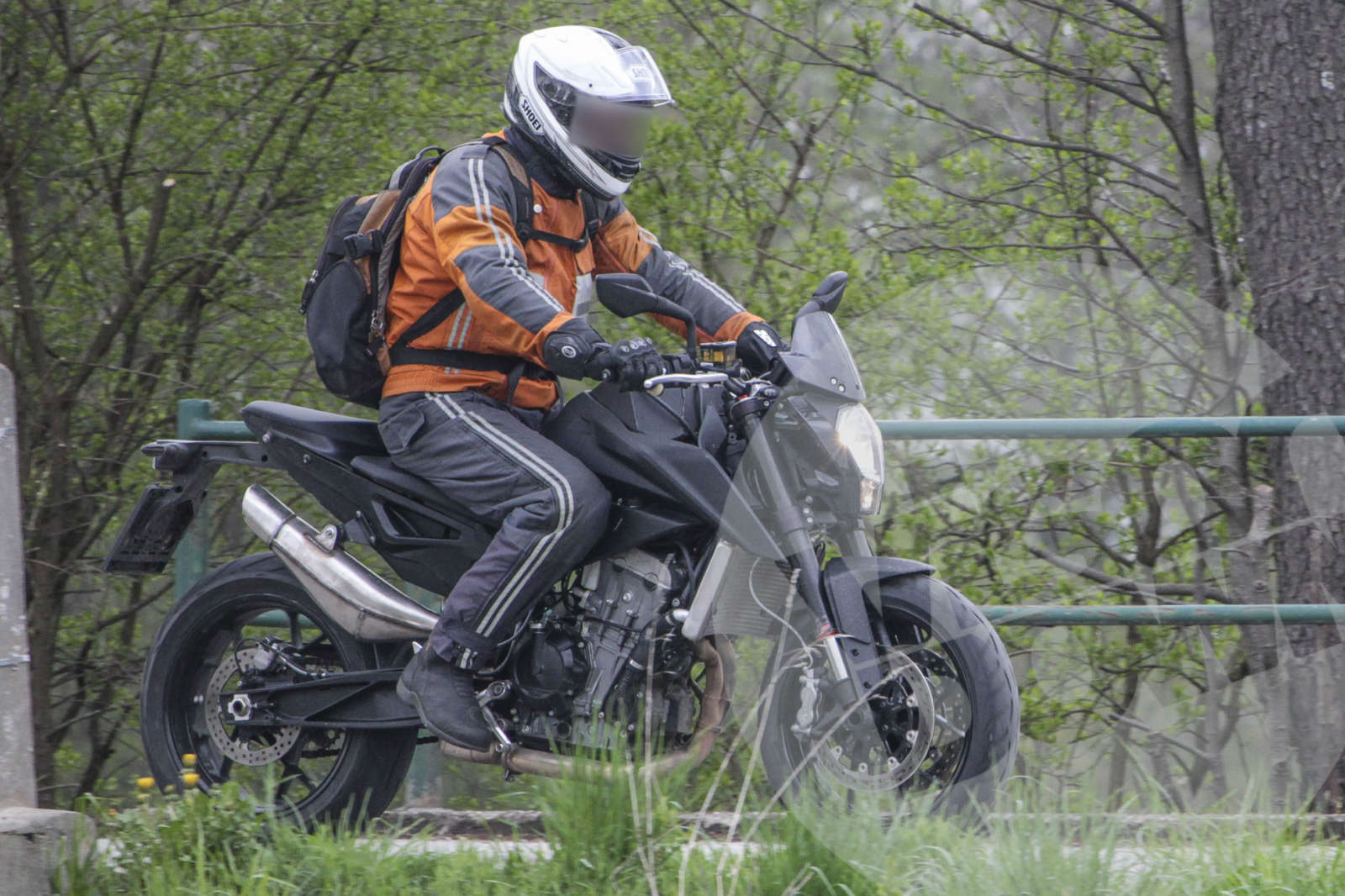 After the upcoming Duke 125, it was KTM’s brand new twin-cylinder naked roadster that was captured through the lens. Extending the Duke family, this new roadster will fill the void between the 690 Duke and 1290 SuperDuke. The design of the test mule is quite different from what we had seen earlier. While the test mule in images was using current generation KTM 125/200/390 Duke headlight, it donned a new body design with chiseled fuel tank. Surprisingly, the exhaust pipe is high-set with up-swept design.

While sources told motoring portal VisorDown that the test mule in images is a Duke 800, the photographer mentioned that the motorcycle looked too small, hinting that this might be the 500cc variant. The test mule, however, carries a dual-disc front braking setup at the front which hints at higher displacement motorcycle. KTM’s single-cylinder 690 Duke comes with a single disc setup so it is highly unlikely that KTM will install the 500cc variant with a dual-disc setup.

The front forks from WP Suspension are likely to be adjustable — see a small red knob at the top of that suspension?

KTM boss Stefan Pierer confirmed that the 500 and 800cc models were in development two years ago and the motorcycles would be produced in Bajaj’s Chakan plant in Pune, India. Pierer also said in a recent interview that ‘the new mid class is on the way, with the 800, and we will see a naked model first, the Duke – but this will be closely followed by an adventure bike’.

While there is no official statement about the arrival time of the motorcycles, we expect to hear some details at the 74th EICMA motor show scheduled in November 2016.