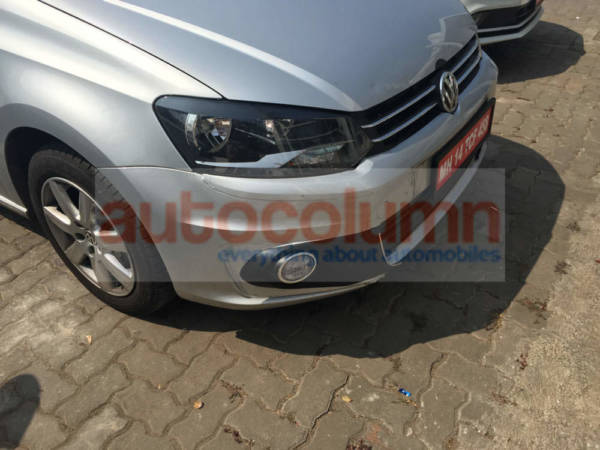 It is a known fact that Volkswagen has been readying a facelift for the Vento sedan. Now, the upcoming 2015 Volkswagen Vento facelift has been spied up close revealing some new details. The 2015 Vento will come with some visual upgrades only. Engine and mechanicals are expected to remain the same. 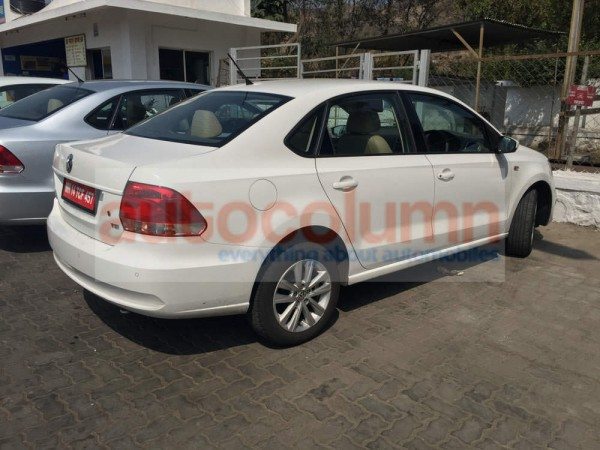 Upfront, the 2015 Vento gets a new bumper and also a new grille. Headlamps on this test mule are the same ones from the current model. We are sure, Volkswagen will be equipping the production model with a newer set of headlamp assembly. Notice how the bumper and headlamp are not properly fitted. This is the sign which tells us about the use of new headlamp on the production model. At the rear, Volkswagen has bestowed the car with a new bumper and a redesigned boot lid. A horizontal strip runs across the boot and the badging has now been moved to a lower position. 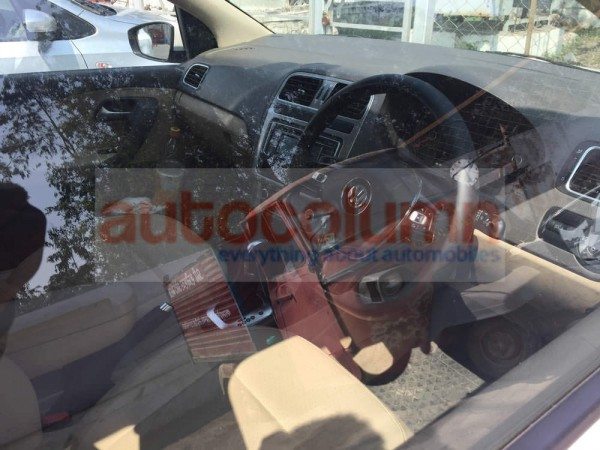 On the inside, the 2015 Vento will come with a darker shade of beige. The model may also see some new additions to the equipment list. The test mules seen here wear the TSi and Tdi badges . VW will continue to sell the Vento with the 1.2 liter TSi and 1.5 liter TDi engines mated to the DSG. Also on offer will be the 1.6 liter petrol engine churning out 105 PS which will be mated to a 5 speed manual transmission. 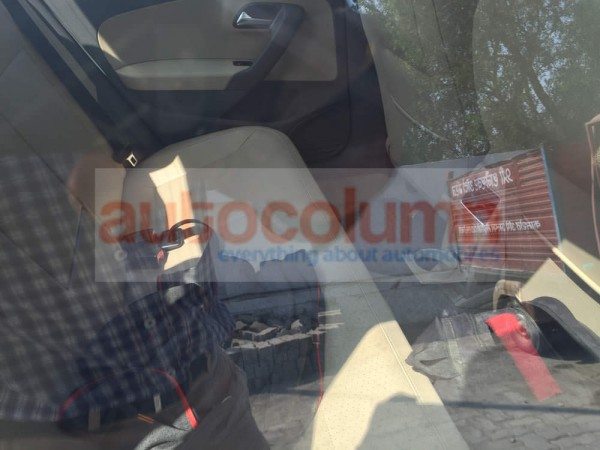 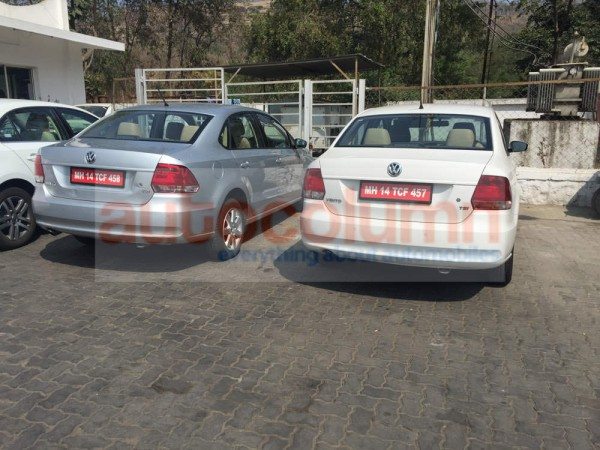 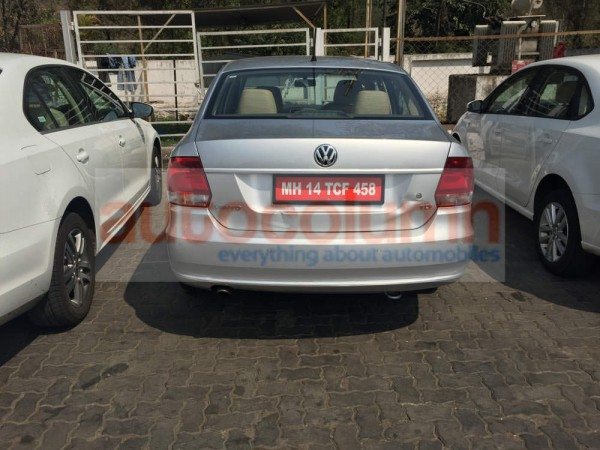