After a series of spy images and sightings of the upcoming 2016 TVS Apache 200, yet again we are here with the next instalment of the spy shots. This time not just one, but a pair of camouflaged Apaches were spotted in Indonesia. The bodywork on the bikes appeared wrapped in cloth, while the front fender and under-cowl were covered by stickers. 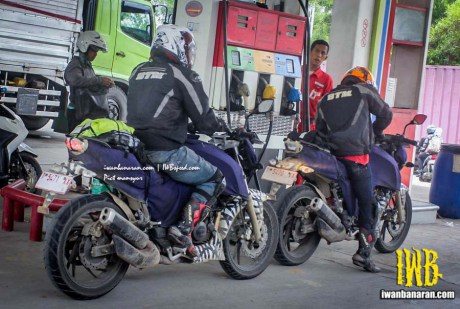 The most prominent visual difference that can be noticed on the two bikes is that both the Apaches carry different handlebar styles. One is equipped with the dark clip-on handlebar while the other sports a flat naked-roadster style handlebar with aluminium finish. We are really not sure what is TVS planning and we would hold our comments till be hear some official details. 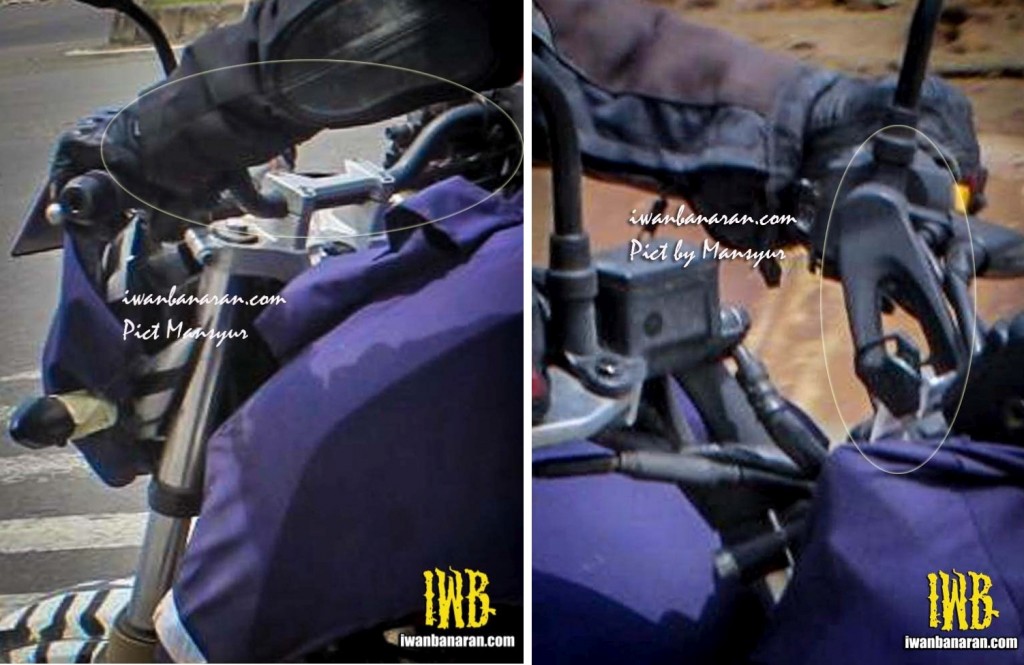 Apart from the handlebar styles, both the Apaches appear to be identical. 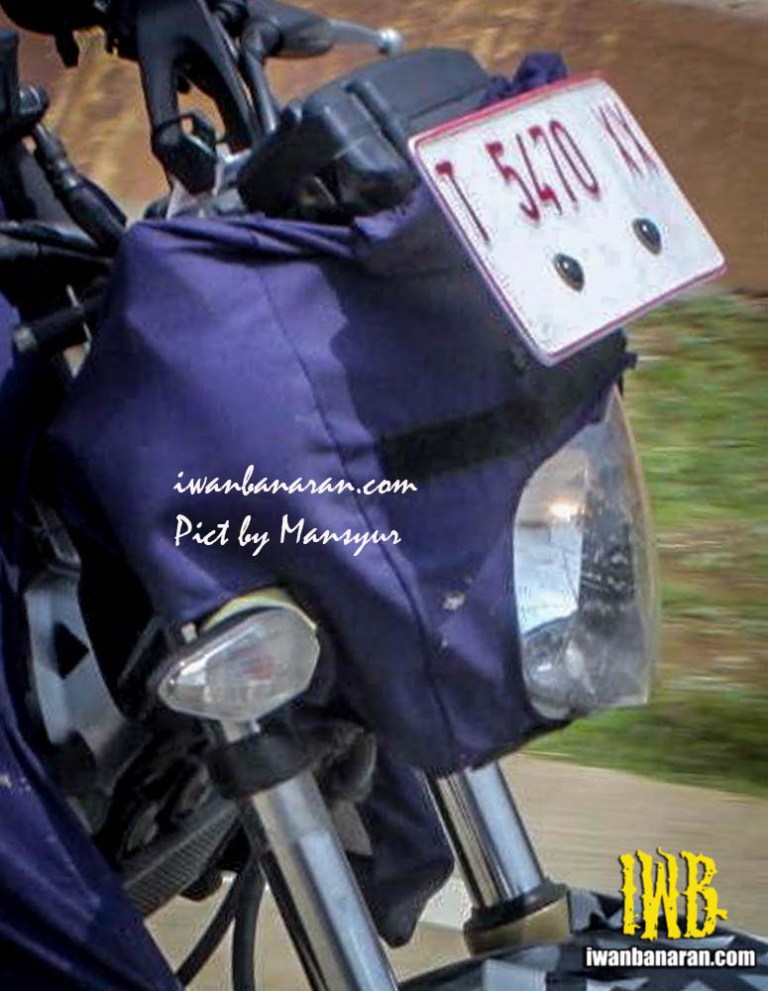 Headlamp with minimalist fairing and number plate mounted on top 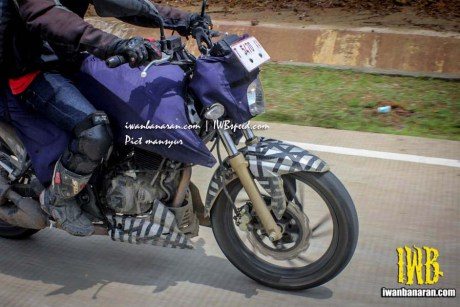 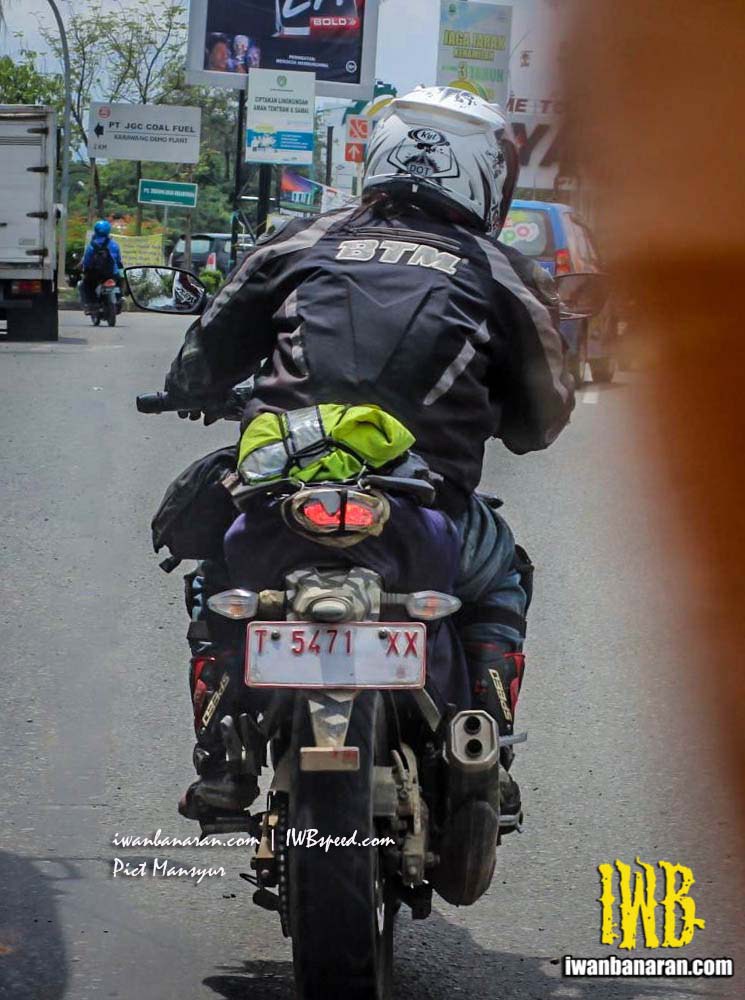 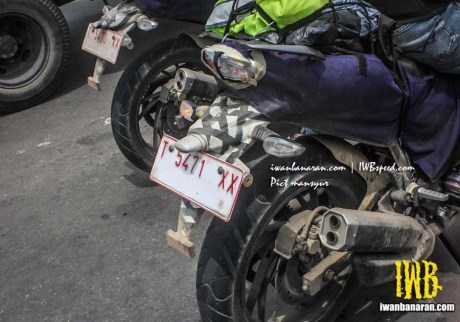 The rear profile of both the variants stays identical. Both are equipped with rear petal disc brakes with some sort of a cover on the rear calliper piston. 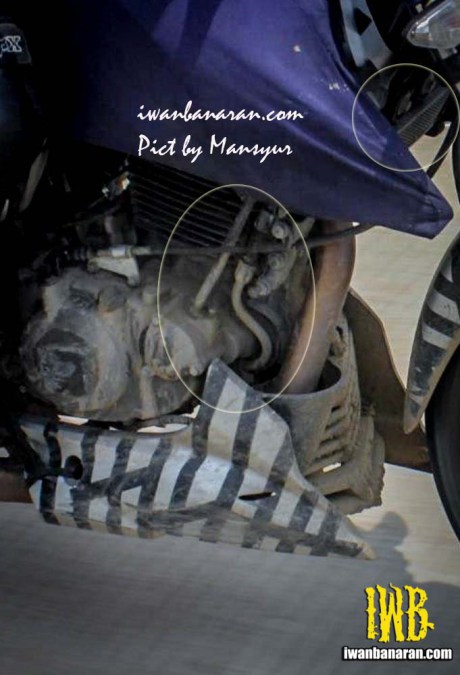 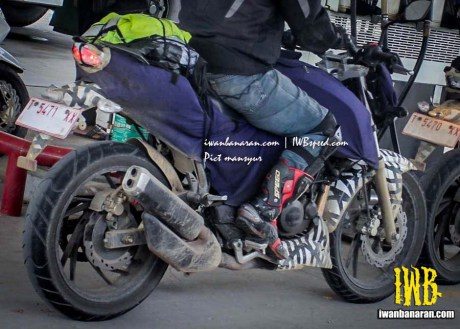 Both the variants feature an asymmetrical odd-looking exhaust muffler.

That’s all for this time folks. Do stay tuned for more updates on the upcoming 2016 TVS Apache 200. You can also check out the whole bunch of images on the spotted Apache twins through the image gallery below.