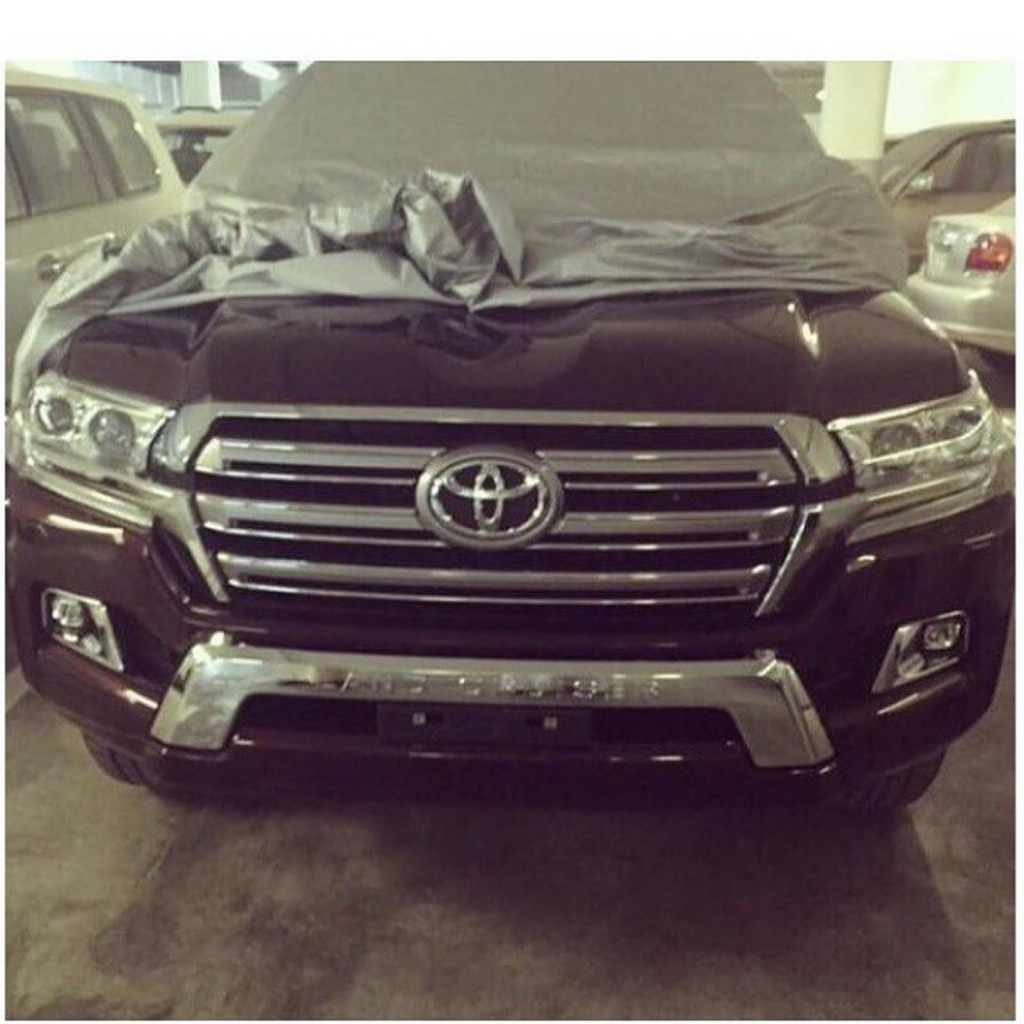 The 2016 Toyota Land Cruiser has been caught without much ‘covering’ somewhere in the middle-east. The secretive images of the large SUV have been snapped by an Instagram user who goes by the name hamad1two3. Though all new, Toyota’s design philosophy with the next generation models seems to “Don’t fix what isn’t broke”, and that ideology does come through. 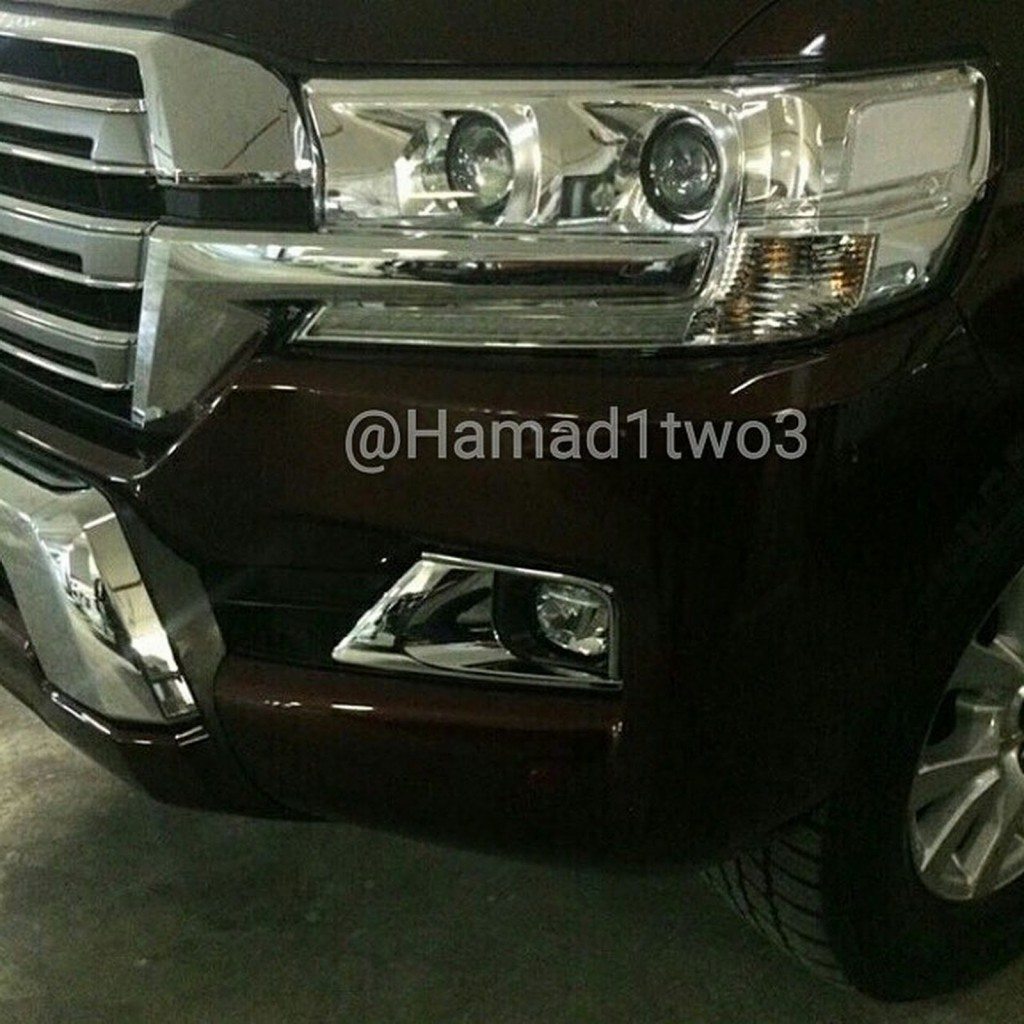 Though Toyota hasn’t made any vast alterations to the basic design of the 2016 Land Cruiser, some tweaks have been made to keep the design fresh and relevant. The massive bonnet now gets two bulges to make the SUV look even tougher (did the LC ever fall short in that department?) and the bumper gets restyled too. The front fascia has been reworked to make way for a redesigned grille with multiple elements that all get a hefty dose of chrome. Part of the front grille cut right into the headlights, which now feature a twin-barrel design and also get dual projectors. The air dam too gets its fair share of the shiny stuff and wears the ‘Land Cruiser’ moniker, with a thick chrome bar, flanking which are the front foglights which also get some chrome embellishment. 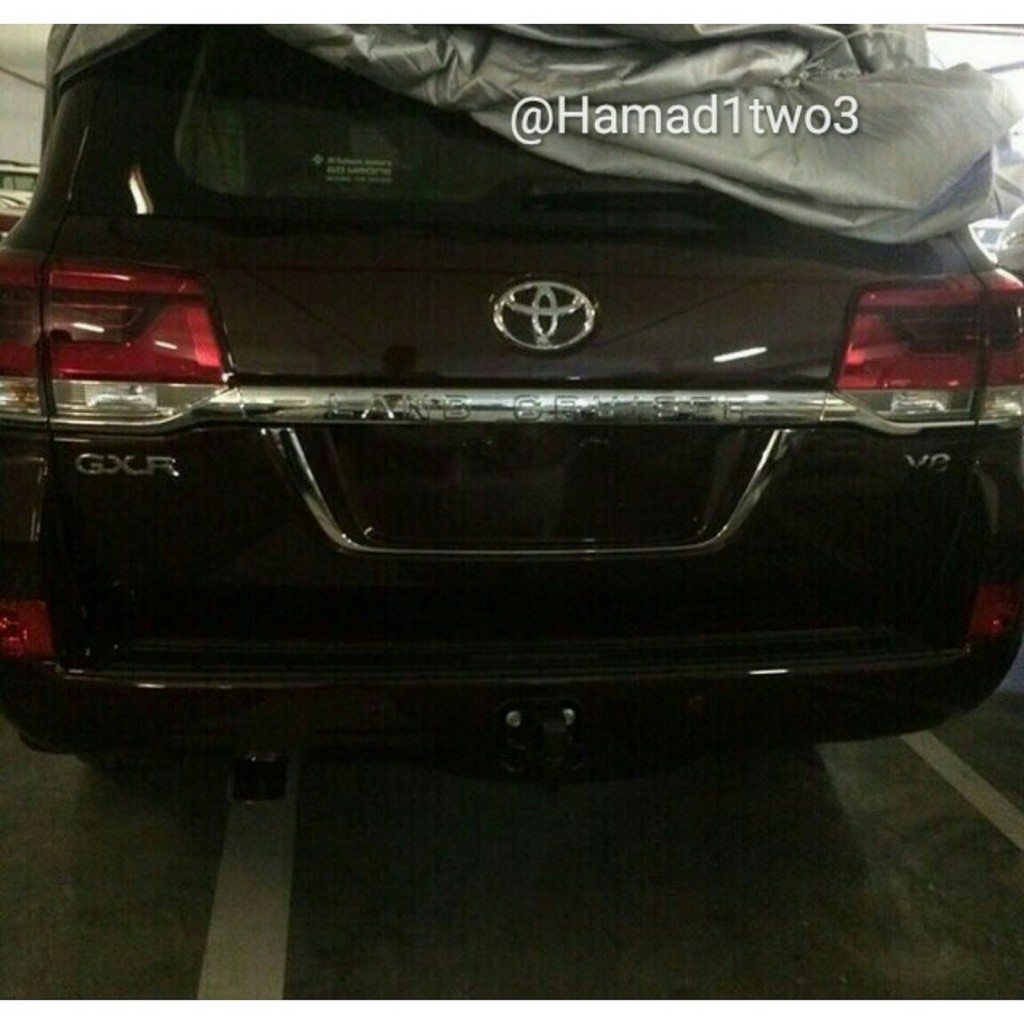 Coming around to the back, it is clear to see that not much has changed here. However, the tail lamps are new and likely get LED illumination now. As with the front, there’s a thick bar of chrome that runs between the lights at the rear too. This chrome embellishment also wears the trademark ‘Land Cruiser’ tag. All these alterations aside, the 2016 Toyota Land Cruiser remains more or less the same, as far as external appearance goes. That said, these images do not reveal the side profile of this SUV, but we don’t expect any significant design changes there. Toyota is likely to launch the new Land Cruiser in India sometime in 2016.

For more on our earlier coverage of the 2016 Toyota Land Cruiser and Lexus LX, click here and here.