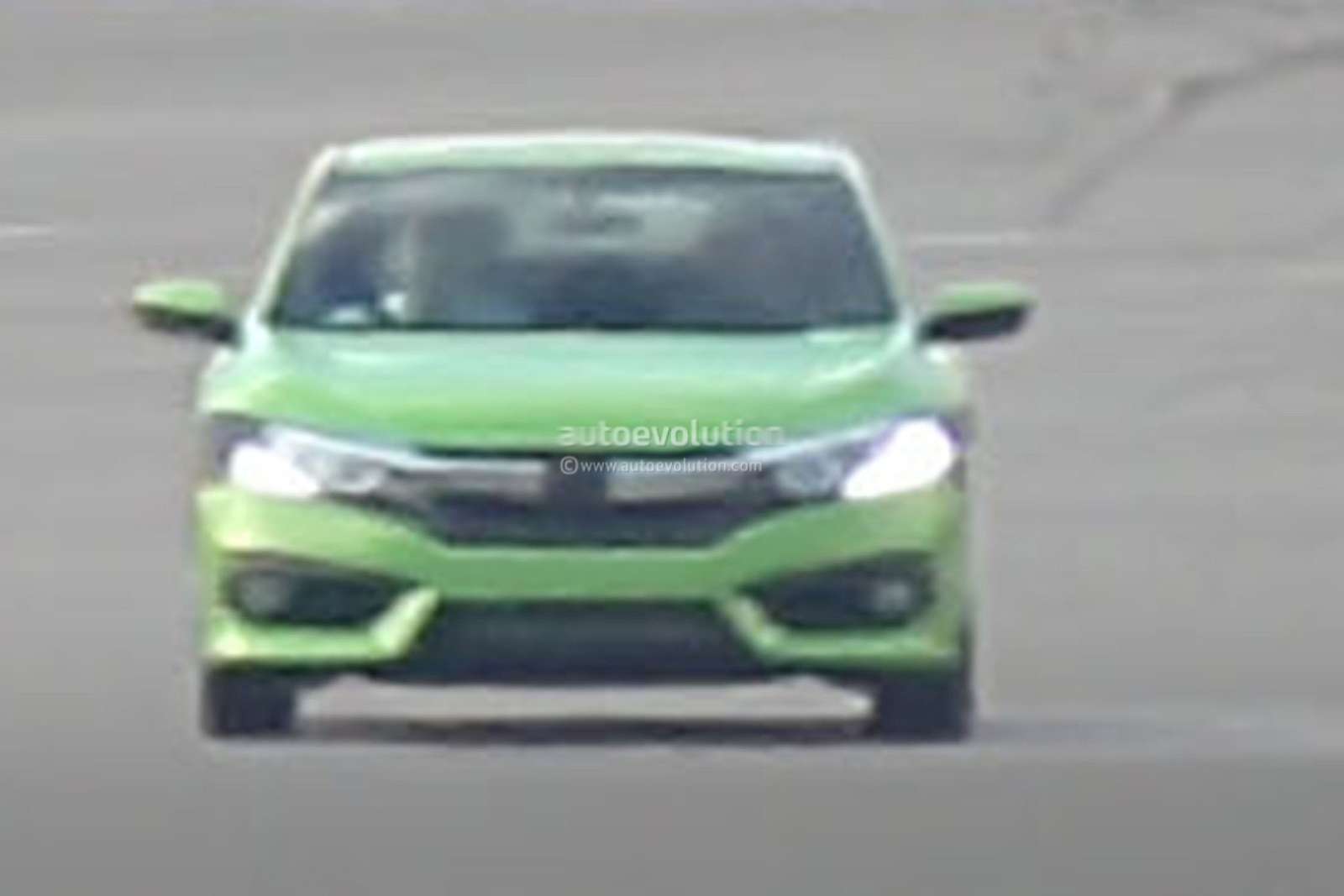 The price of the 2016 Honda Civic sedan was recently revealed, along with the official images. Now, spy pictures of the 2016 Honda Civic Coupe have surfaced on the web. The Civic Coupe was caught with minimum camouflage, albeit at a distance by photographers a week before its world premiere at the Los Angeles Auto Show. The test mule, which features in the photographs clearly reveals its sharper, sexier lines and aggressively dropping roofline over the sedan variant. We love that shark fin antenna emerging out of the sloping roofline. 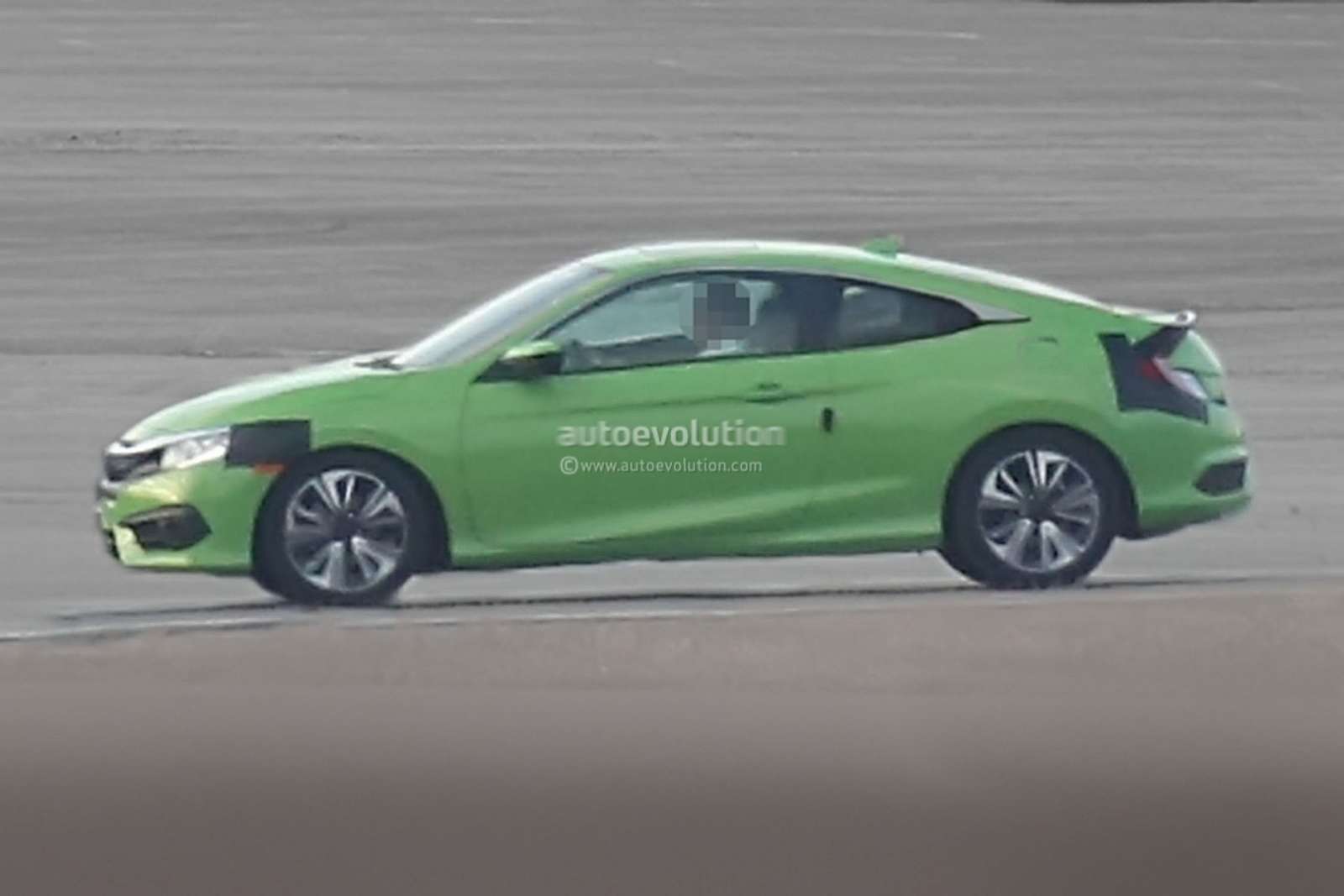 The 2016 Civic Coupe, Honda’s 2 door version of the Civic sedan will be sold with the all new 1.5 litre turbo VTEC petrol engine that produces 174 hp of power and a peak torque of 221 Nm. This second version of the tenth generation Civic is to be followed by the Civic Si Sports model and the performance oriented Type-R model later.

The 2016 Honda Civic sedan features 2 engine options – the all new 1.5 litre direct injected turbo charged in line 4 cylinder VTEC producing 174 hp which will be available in the top spec variants. The lower spec variants models will feature a 2.0 litre naturally aspirated i-VTEC, 4 cylinder engine which produces 158 hp. The coupe, too will follow suit with similar engine options across its variant line-up. Other features of the 2016 Honda Civic include full LED headlamps and C shaped LED tail lamps on the exterior. Interiors include a completely redesigned dashboard with a fully digital instrument cluster divided into 3 segments and a 7 inch touch screen display. 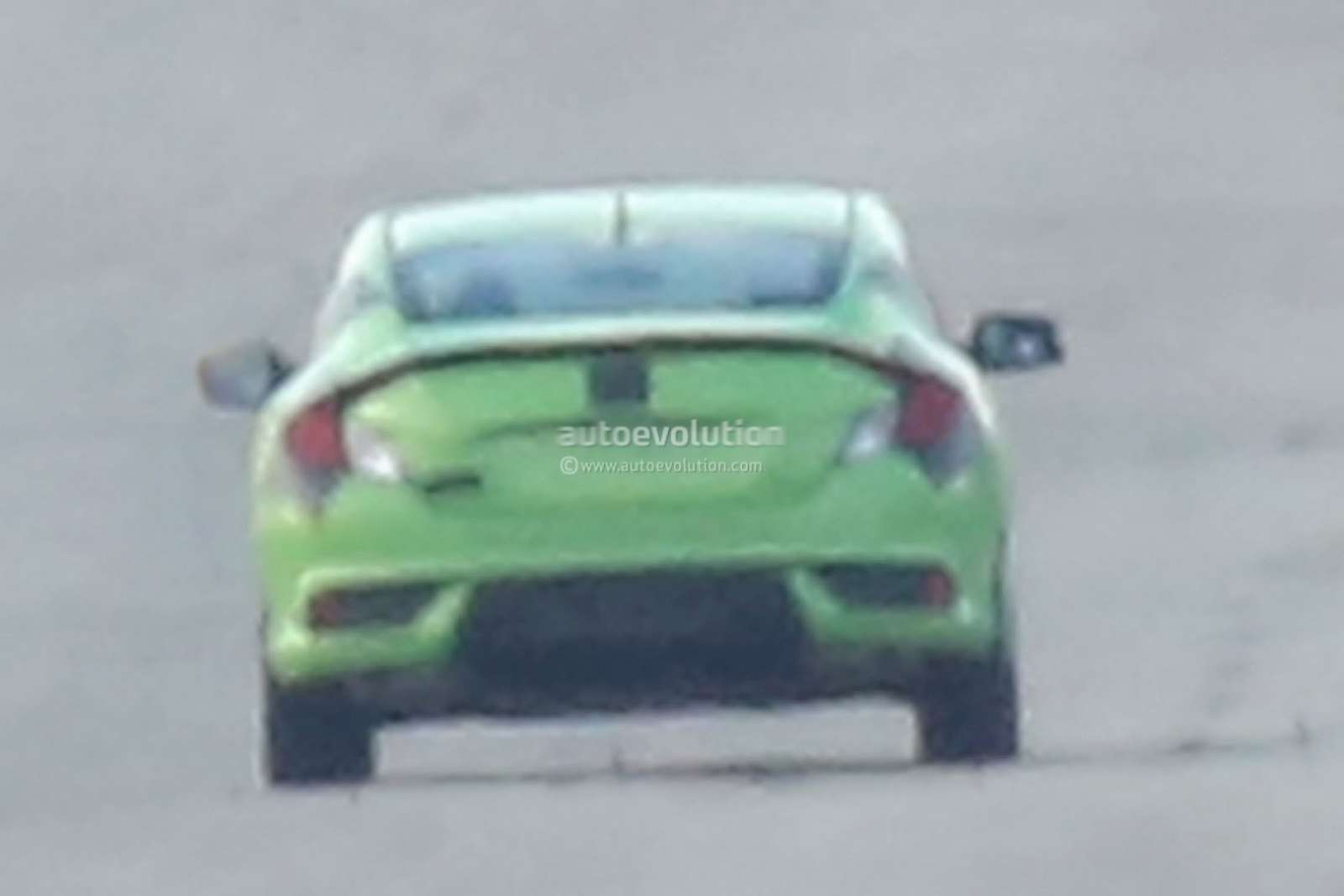