Toyota/Lexus have been quite secretive about their all-new 2016 Land Cruiser/LX570. However, an Instagram user who goes by the name hamad1two3 has captured more images of the two new SUVs. Earlier, the man had posted images revealing a detailed glimpse of the 2016 Toyota Land Cruiser’s nose-end. Now, images have surfaced unearthing the rear end and the interior of the new Toyota Land Cruiser and Lexus LX570. 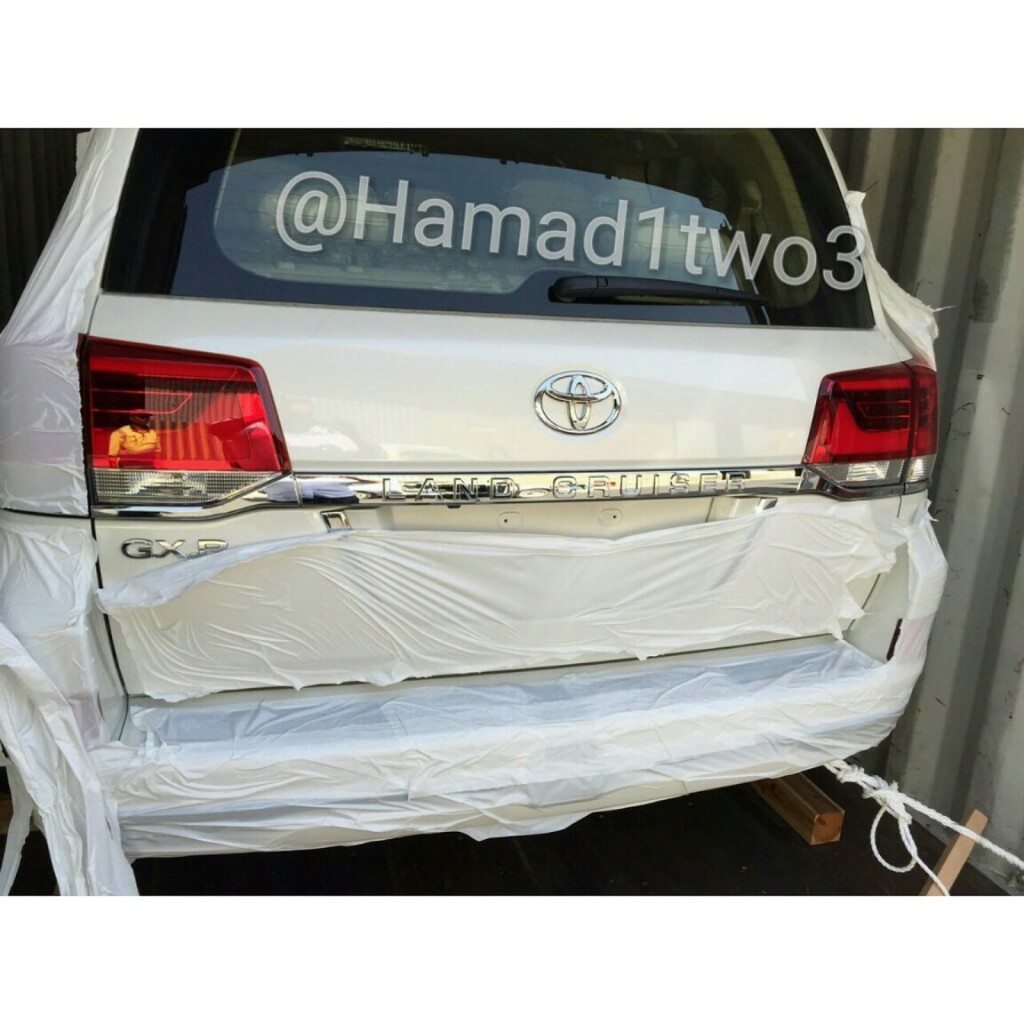 Rear of the 2016 Land Cruiser doesn’t look very different from the outgoing model, save for a few changes

It is safe to say that the majority of the exterior changes on the 2016 Land Cruiser, as far as the design is concerned, have taken place at the front. This is where the new model actually appears all-new; there’s now a heavily revised front grille, reworked bumper, air dam, headlamps, and the bonnet now comes with two power bulges. Toyota has also festooned the front end with splashes of chrome garnish. 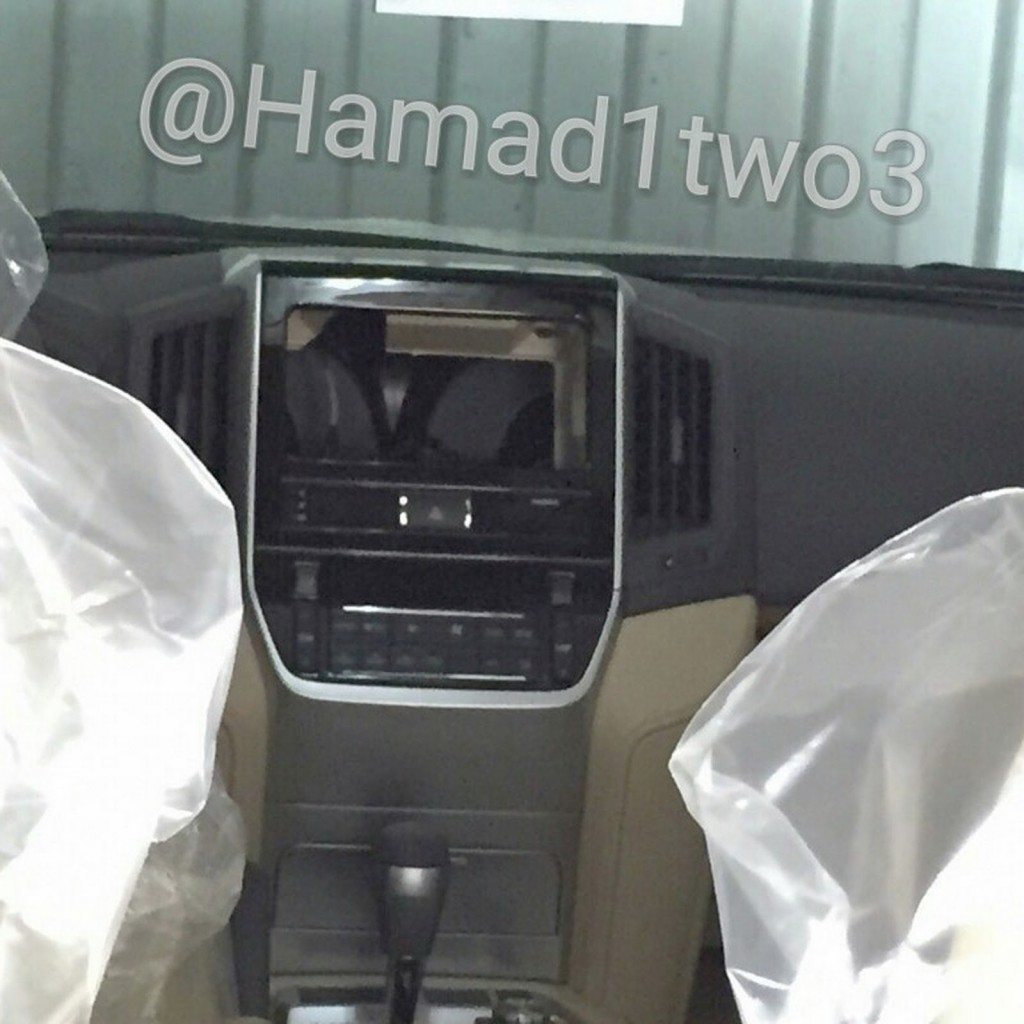 Toyota has bestowed the 2016 Land Cruiser with some LED elements in the taillights. As found on the front end, there’s a generous dosage of chrome at the back as well. A thick bar of chrome runs between the rear lights of the new model, it also now bears the trademark “Land Cruiser” nameplate. A thin strip of chrome can be found around the number plate area. 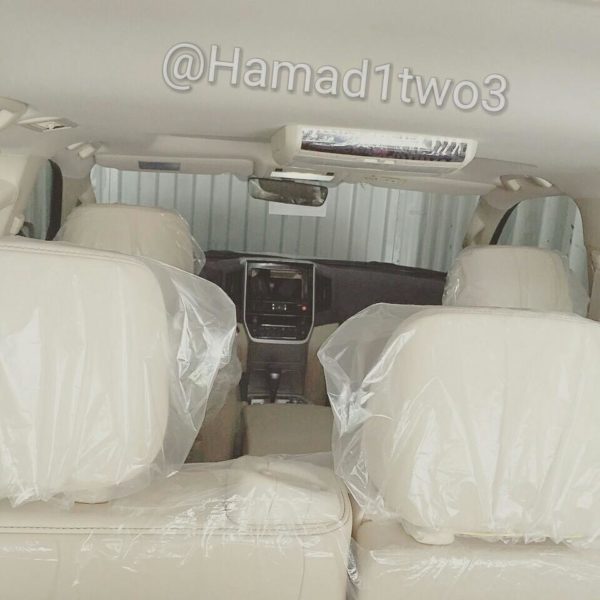 On the inside, the 2016 Toyota Land Cruiser now gets a brand-new touchscreen infotainment system. The spy image shows an uncluttered system, with next to no control buttons around this large display. The centre console seems to have been tweaked too, now getting a new gear selector lever. There’s a roof-mounted display to keep the passengers seated at the back happy. The steering wheel is now of a different design too, so is the instrument cluster. The 2016 Toyota Land Cruiser and Lexus LX570 will use a more efficient version of the 3UR-FE 5.7-litre V8, outputting 383 horsepower and 546 Nm of torque. In comparison, the current Lexus LX570 makes 362 hp and 530 Nm of torque. A new 8-speed automatic transmission could replace the current 6-speed unit, while 4WD will be standard. 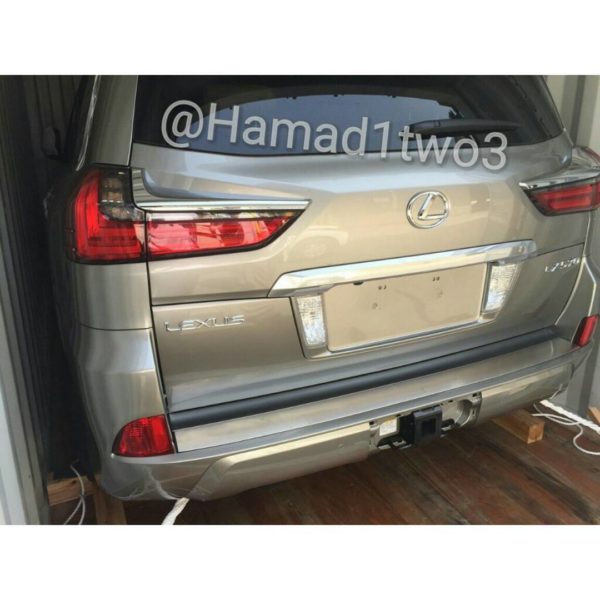 Lexus, meanwhile, has given the new LX570 a significantly revised rear end with new LED taillights and chrome embellishments set right above the taillights and the number plate holder. The 2016 LX570 also looks more aggressive from the back, compared the new Land Cruiser.

Find all the images of these two SUVs in the gallery below.