The 2016 Audi A4 has been snapped undergoing road tests with barely any stealth disguise. From times immemorial, the A4 saloon has been doing wonders for Audi’s sales charts, the world over. The upcoming 2016 model is set to continue that success trend for the German carmaker. 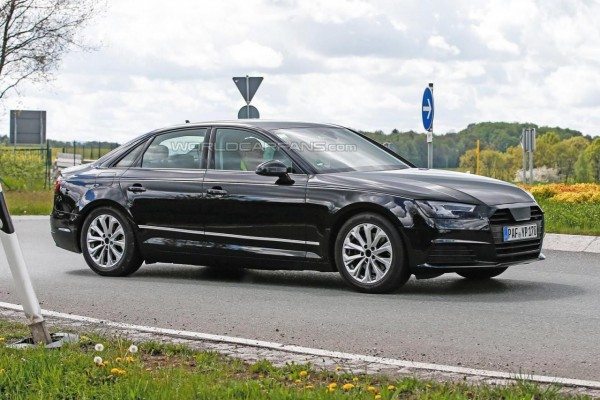 Audi has been working on the A4’s design and it shows.

As far as its public debut is concerned, that’s slotted for the 2015 Frankfurt Motor Show. Audi might become impatient and showcase the 2016 A4 prior to that, in some way or the other. Compared to the outgoing model, the 2016 Audi A4 has grown larger in size and looks far sharper. The new iteration has also lost 100 kg of weight, thanks to the use of the new MLB Evo platform. This loss in mass will be evident at the pumps. Though the design team hasn’t gone overboard with the latest iteration, the changes on this new car won’t go unnoticed. 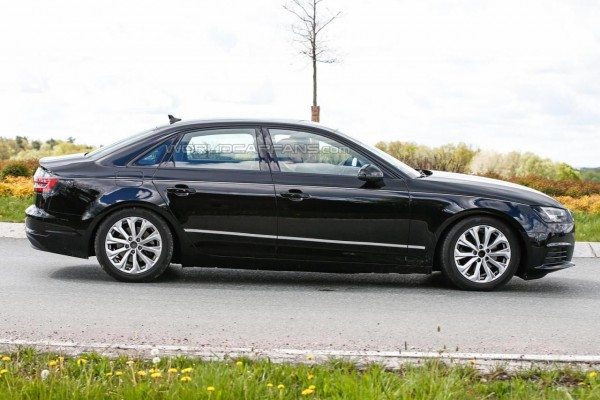 For 2016, Audi has enlarged the A4’s dimensions. Seems like the wheelbase has grown too.

The 2016 Audi A4 comes with a new headlight cluster that houses several LED elements, including daytime-running lights and the turn indicators. The new Audi trapezoidal grille makes its appearance here too and now has eight horizontal slats running across the front grille (if that sort of thing matters to you). Earlier spy shots reveal a thin chrome strip running the perimeter of this new Audi family grille. There’s chrome on the doors too, running between the front fender to the rear. The pictures show a strip of chrome that runs from one side of the headlight cluster to the taillight. This strip wraps itself around the back of the car and meets the headlight on the other side. 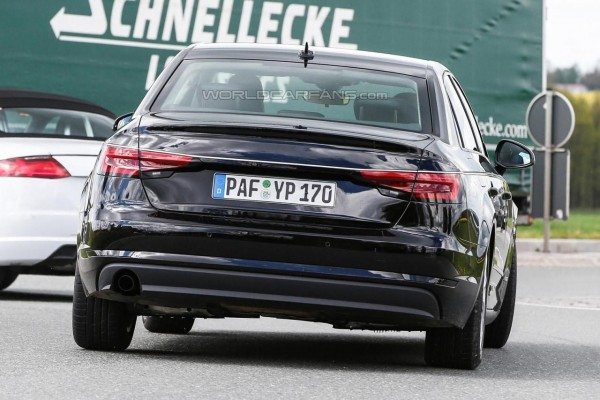 You can see that thin chrome strip just above the taillights. There’s a boot lip spoiler too.

The 2016 Audi A4 has a mild swoop to the roofline, seemingly giving the saloon a sleeker side profile. The bumpers at the front and rear have been slightly tweaked by Audi. There are prominent character lines running over the bonnet and the ORVMs are now mounted lower down on the door. As with most revisions to a car, the 2016 Audi A4 will also get a set of newly designed alloy wheels. 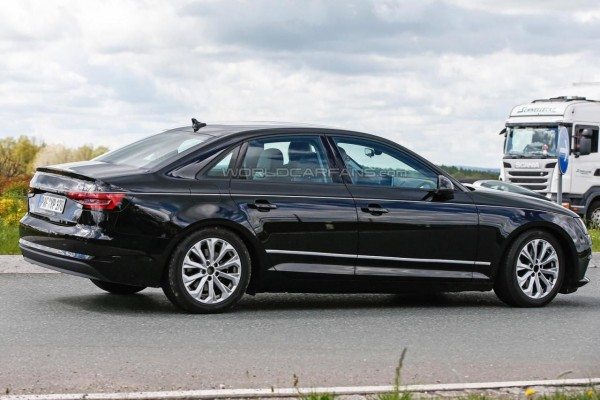 Notice the new Audi MMI display, similar to the ones found in recent company models.

For more shots of the 2016 Audi A4, including some of the interior, click here. It also comes with 1.4, 1.6 and 2.0-litre TFSI petrol engines. Then there’s the diesel 1.6, 2.0 and 3.0-litre TDI engines. These engines will come married to either a 6-speed manual, or if you couldn’t be bothered with that, there’s a new 9-speed S-tronic automatic. Of course, there will be quattro and FWD versions of the 2016 Audi A4. We will keep you posted on the new A4. 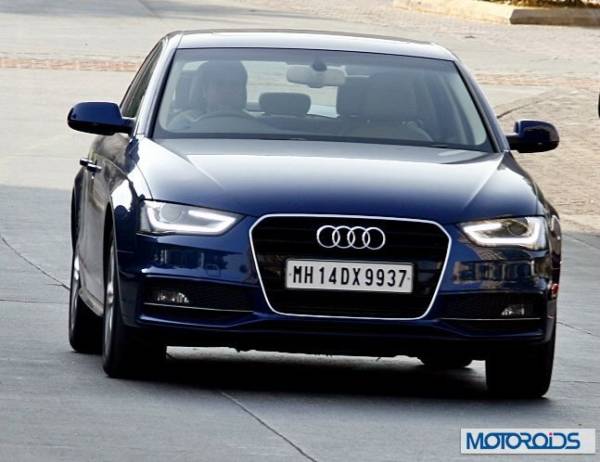