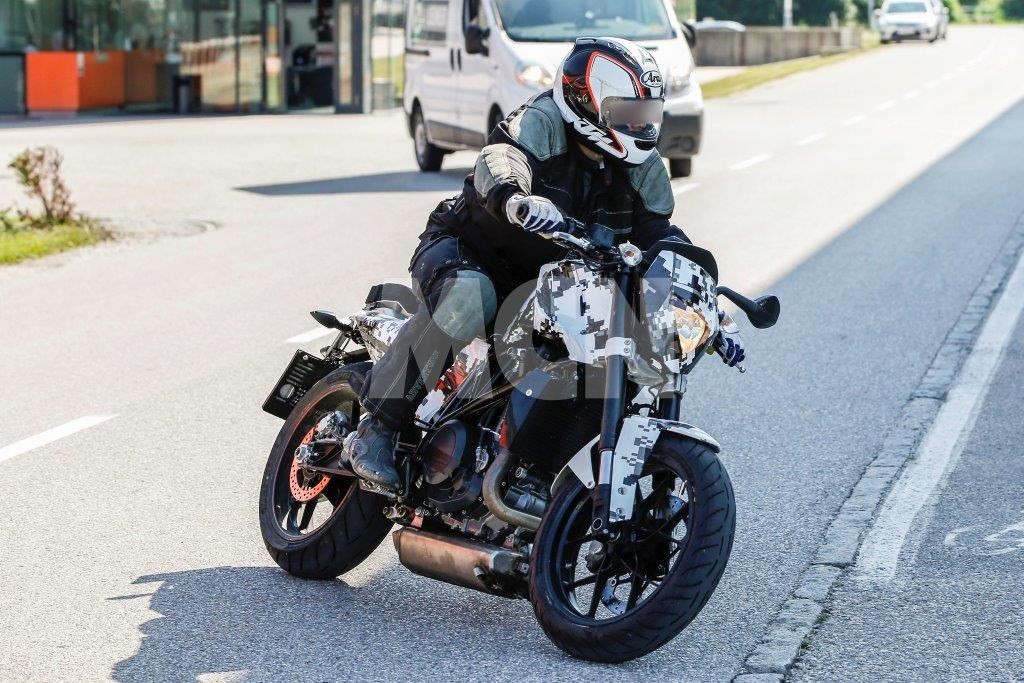 Husqvarna Motorcycles, post the take over by KTM boss Stefan Pierer, is on a whole new path of growth as newer products, with added KTM genes, are under development at KTM’s home turf, Austria. We have already seen the first prototypes from Husqvarna post the takeover by Pierer in the form of three new motorcycles – 701 Supermoto, 401 Vitpilen and 401 Svartpilen – at the 2014 EICMA.

While the 401 Vitpilen and 401 Svartpilen concept bikes receive the underpinnings from KTM 390 Duke platform, the 701 Supermoto is based on the KTM’s 690 SMC R model. Earlier reports suggested that the Husqvarna range will expand to use all of the KTM engine and chassis platforms and we can already see the products brewing into finished motorcycles from the Austrian two-wheeler major.

Click here to read more details about the 701 Supermoto, 401 Vitpilen and 401 Svartpilen 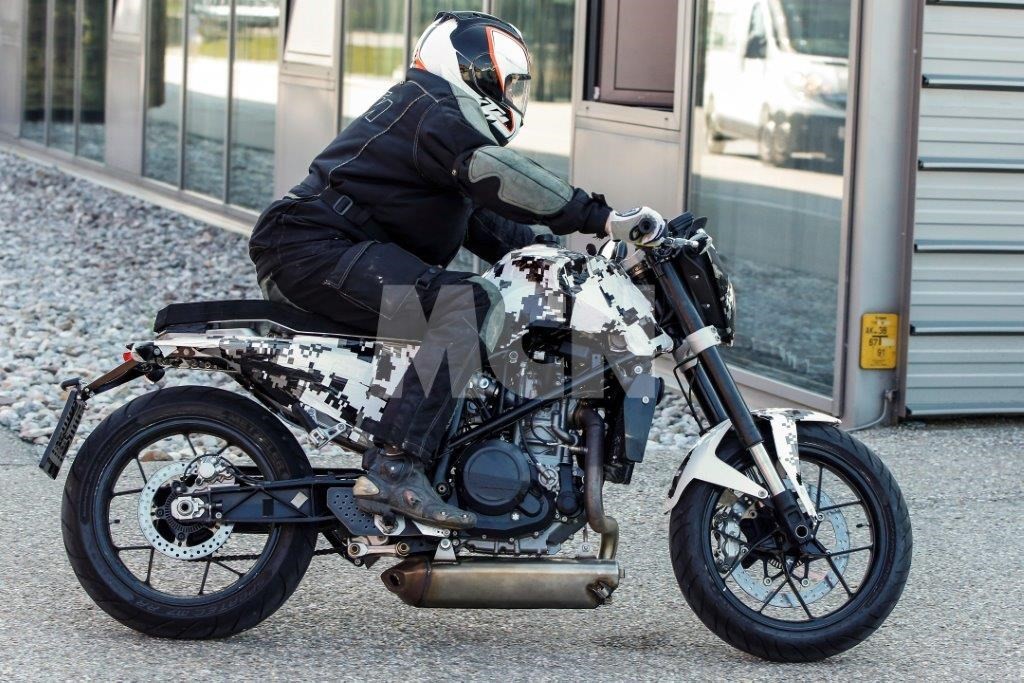 The latest product from the KTM-Husqvarna duo, a Husqvarna 701 cafe racer, was recently snapped while entering KTM’s headquarters in Austria by the folks at MotorcycleNews. The source of this spy image suggests that this cafe racer was equipped with a 690cc single cylinder liquid cooled motor and is the largest capacity Husqvarna prototype after the takeover by KTM. The Husqvarna 401 Vitpilen is well under development and the motorcycle was spied early this year during its test runs in Spain.

As seen in the images, the motorcycle follows the classic cafe racer lines, but under the skin, has the KTM DNA, more or less. The 701 cafe racer uses the chassis, front suspension, front fender, headlight, swingarm and the 690cc single cylinder engine from the KTM Duke 690. However, unlike the KTM Duke 690, the Husqvarna cafe racer receives an underbelly exhaust, new body panels that resemble the 401 Vitpilen concept motorcycle, clip-on handlebar and a new set of wheels. Going by the design, it would not be wrong to call it this spied cafe racer as the 701 Vitpilen but we’ll leave the nomenclature to KTM. 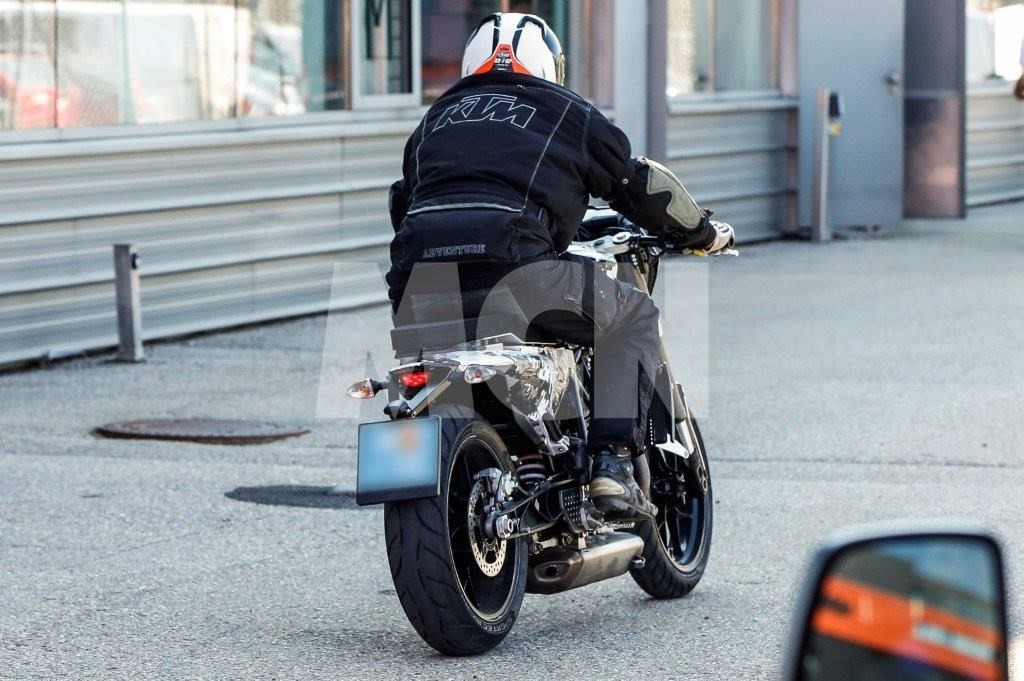 The test mule in the spy images uses conventional blinkers instead of the LED indicators that are seen on KTM motorcycles but that is likely to be replaced in the production model. The bike borrows a few  bits like the front fender and headlight from the KTM 690 as a test mule, expect these to be replaced by Husqvarna specific parts on the production version.

Currently, only three motorcycles from Husqvarna –  701 Supermoto, 401 Vitpilen and 401 Svartpilen – are on the cards and there is no word about this cafe racer. However, looking at the latest spy images, it is almost certain that the bigger cafe racer will make it to the upcoming Husqy line-up. With Bajaj owning a huge chunk in KTM, it would not be completely incorrect to expect these motorcycles on Indian roads. We can also expect Bajaj to produce some parts of the motorcycle  at its Chakan plant in Pune.

Wouldn’t that be a pleasant sight? Do share your views.