The Tigers from the British manufacturer’s den seem to be getting mightier to battle the road and adventure touring rivals with upgraded styling and hardware. Thanks to VisorDown who have revealed spy images of the 2016 Triumph Tiger Explorers are speculated for an official launch soon. 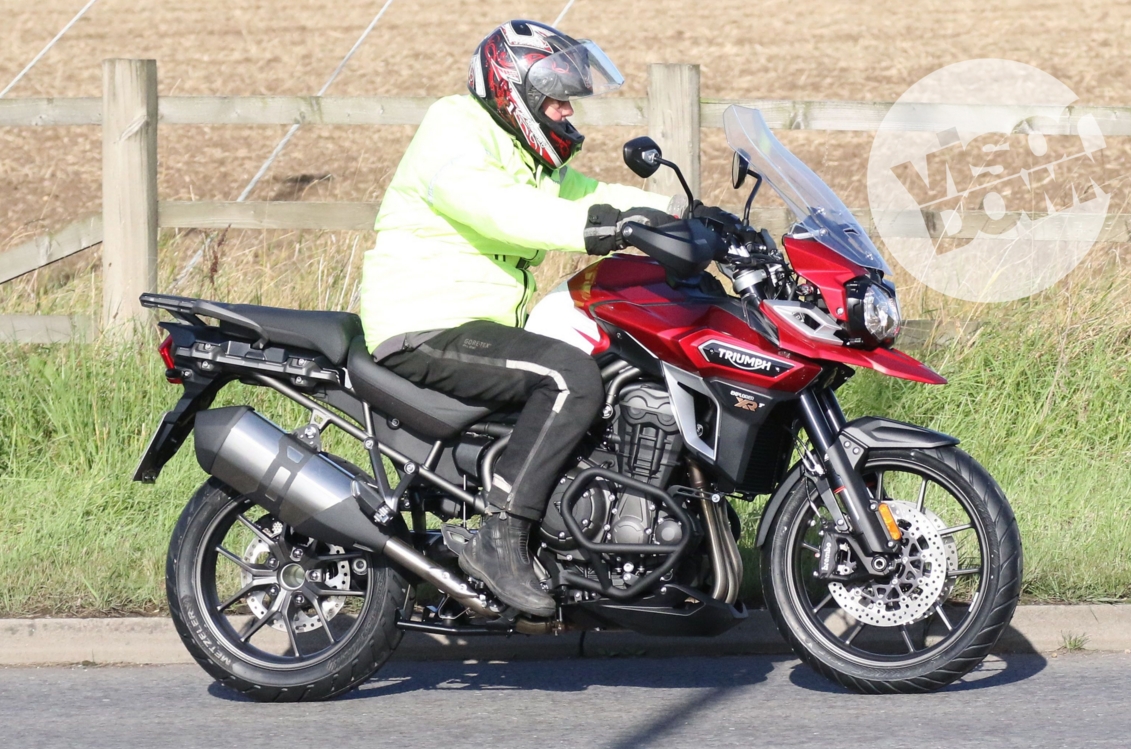 The first bike draped in red is the 2016 Triumph Tiger Explorer XRT that would take the flagship position in Triumph road-bred touring motorcycle. Upgrades to the motorcycle includes WP’s semi-active electronically-adjustable suspension, redesign alloy wheels, radially mounted BREMBO brakes as against the Nissin unit on the current 800 XRT. Also internal tweaks would include revisions to the DOHC three cylinder engine and uprated electronic aids. 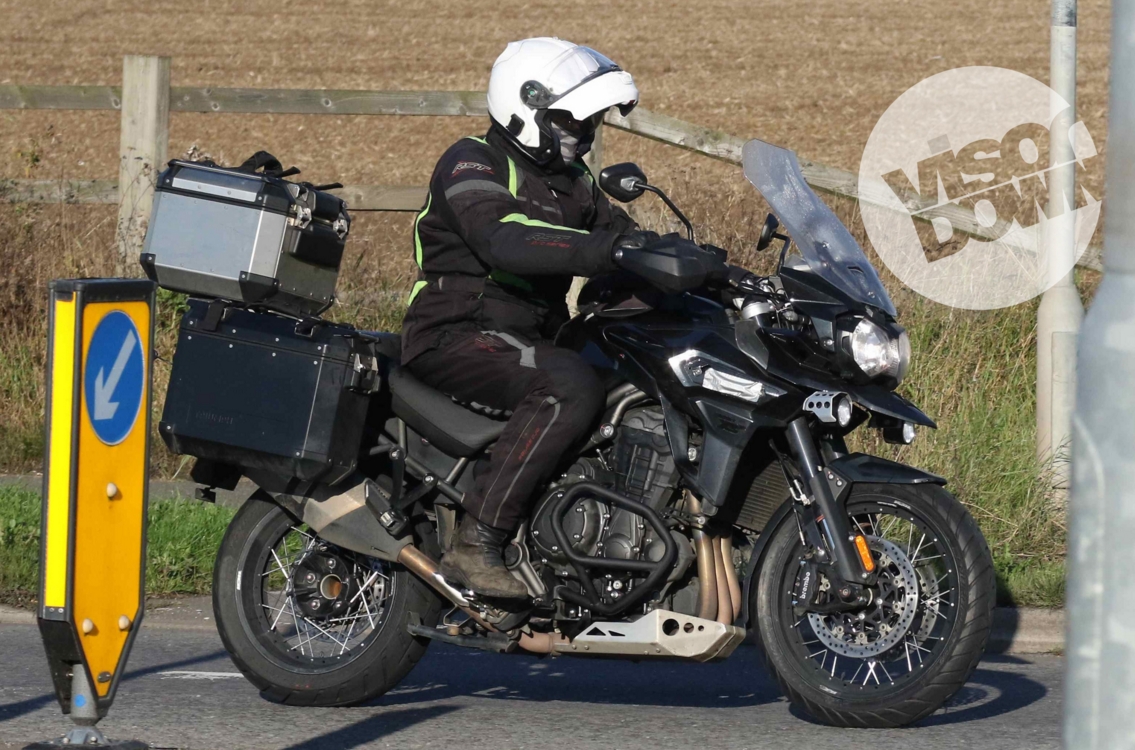 The second bike is the 2016 Triumph Tiger Explorer XCA that caters to the adventure touring segment aimed at the popular BMW’s GS Adventure series with wired wheels more suited to the broken terrain. The XCA also receives the electronically-adjustable suspension including the revised engine specs and electronics package. Spotted with the pannier sets and auxiliary lights- the 2016 Triumph Tiger Explorer XCA would most probably also feature adventure oriented features and although there aren’t many visual differences between the XRT and the XCA, the latter should see rider comfort enhancements in the final production model.

The lineup would include a total of 6 motorcycles with three each for the XR (XR, XRT & XRx) and XC (XC, XCA, XCx) variants. Though the low end versions would miss out on the new semi-active electronically-adjustable suspension, but the Brembo braking unit would be standard across the range.