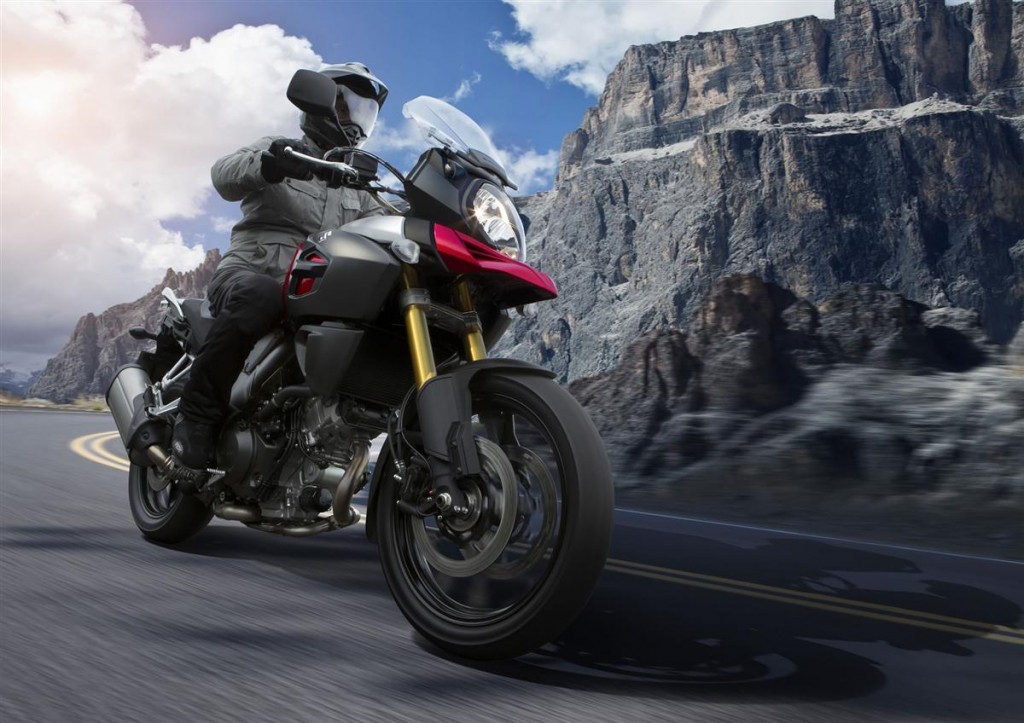 Suzuki Motorcycles has finally and officially declared the specifications of the 2014 VStrom 1000 alongwith a bunch of tasteful images. 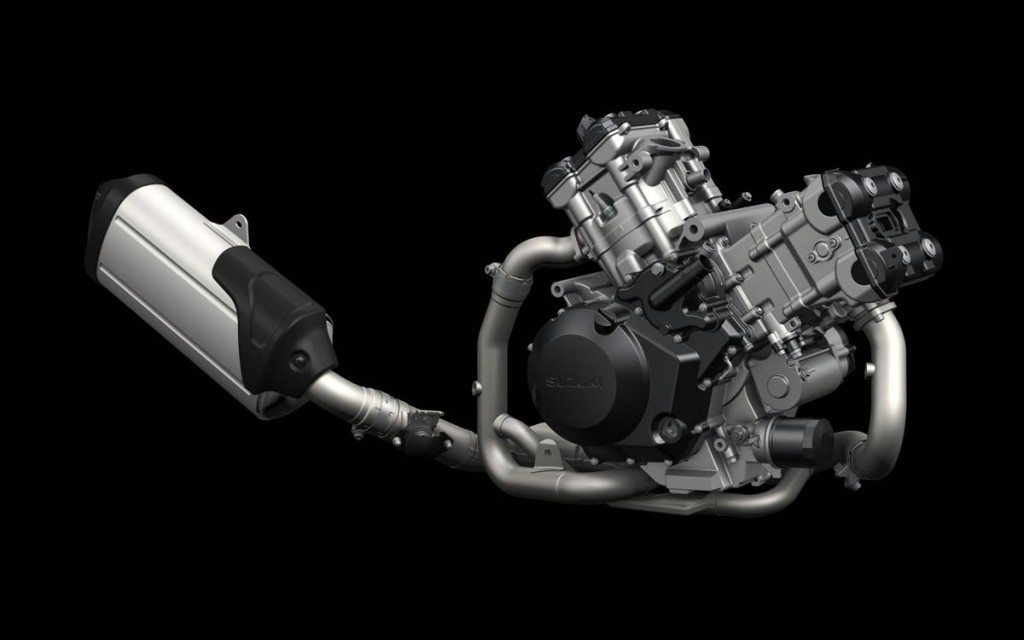 To begin with the 2014 V-Strom 1000 is now powered by a new V-Twin 1037cc engine replacing the previous 996cc motor. With an increment of a 2mm, the 100mm bore in the new engine boasts of better low and mid range performance. Producing max power of 98.6 bhp @ 8000 rpm and peak torque of 103 nm @ 4000 rpm, the new VStrom at 8 kgs lighter than its predecessor is claimed to deliver 79 kilometers per gallon, roughly rendering FE figures of 21 kpl. With a 20 litre tank in place, the VStrom could scale close to 420 kilometres before running out of fuel. 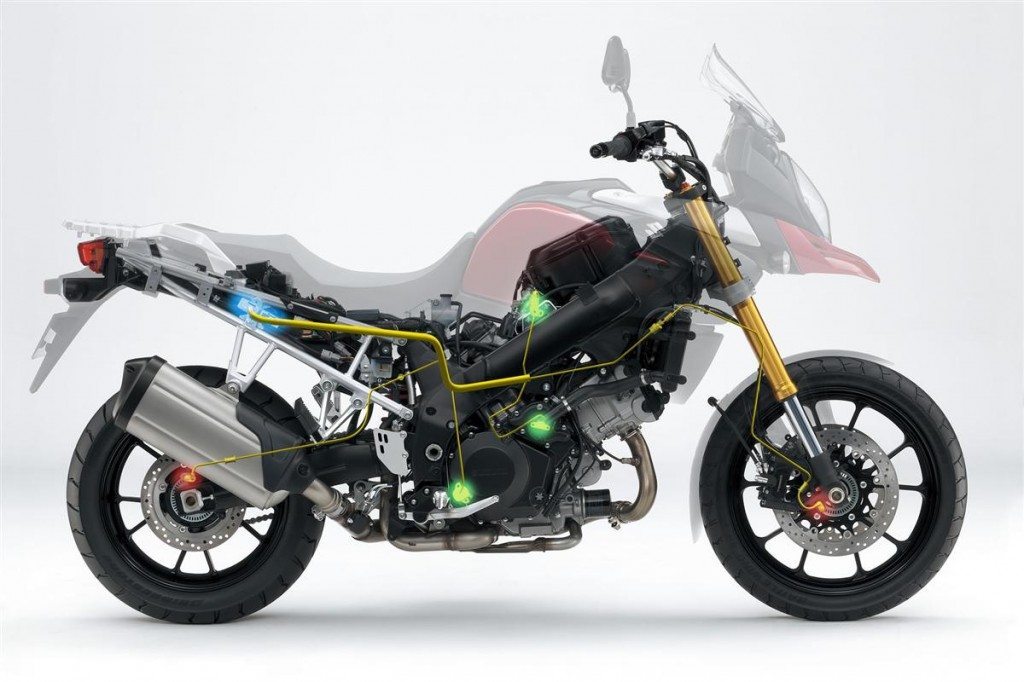 The 2014 Suzuki VStrom 1000 also gets a redesigned six speed transmission with new gear ratios for a better touring experience. The Suzuki Clutch Assist System while serving for a lighter clutch action and efficient gear shifting, also doubles up as a slipper clutch. 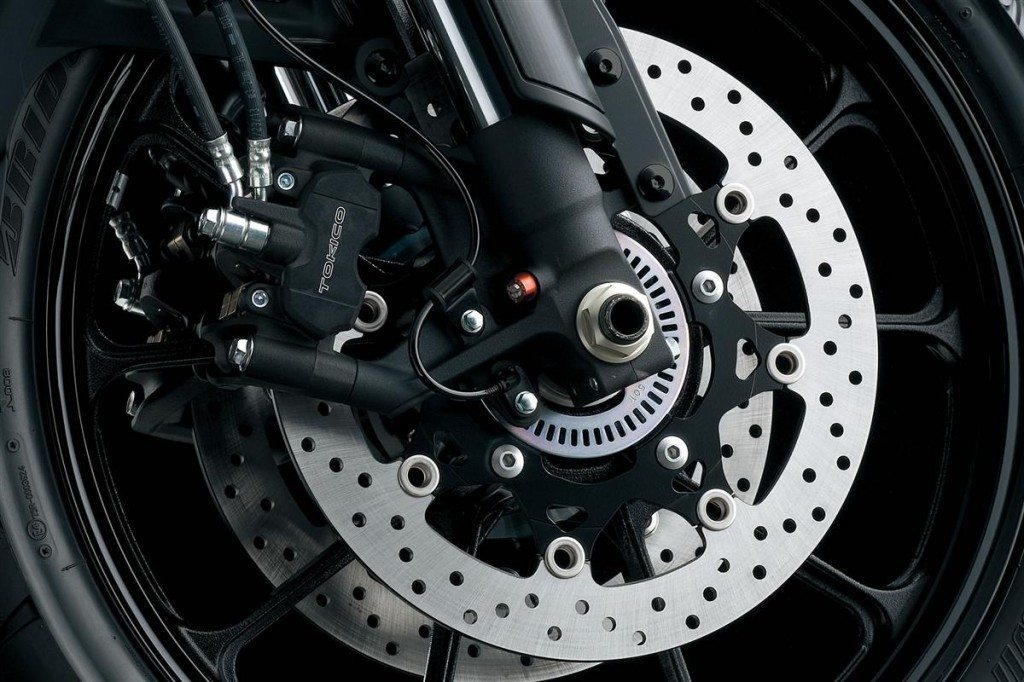 The list doesn’t end here. The new VStrom becomes the first Suzuki motorcycle to boast of a switchable traction control with two riding modes. While Mode 1 is for a more elating riding experience allowing a slight amount of wheelspin, Mode 2 on the other hand activates the traction control sensing even the slightest of wheelspin. ABS is offered as standard on the Tokico four-piston monobloc caliper mounted over the twin 310 mm front discs with a a single-piston caliper on the 260 mm rear disc. 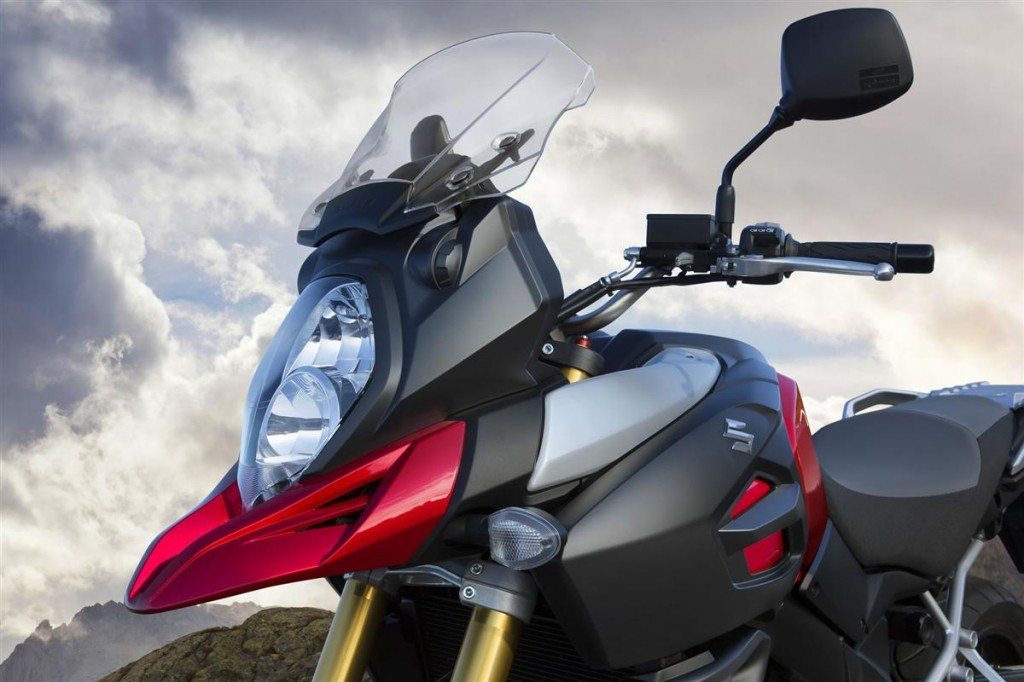 On the styling front, the new VStrom gets a new beak’d front styling found on most adventure motorcycles. The twin symmetrical headlights are now replaced by a vertically stacked set crowned by an adjustable windscreen that could be adjusted using only one hand via a ratchet gear mechanism. 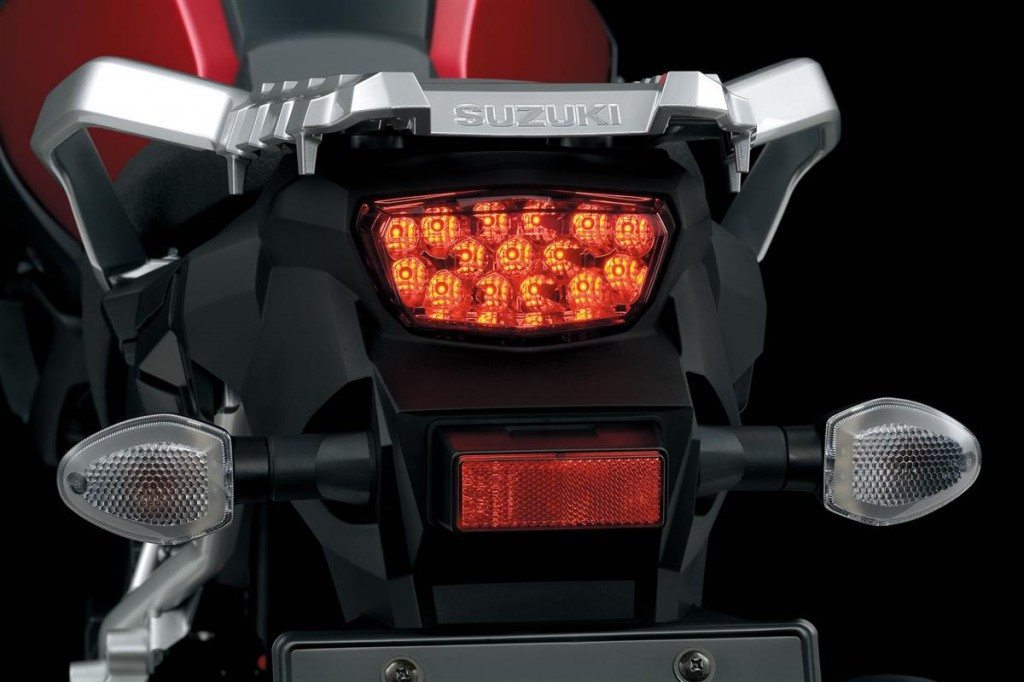 Other features on the VStrom comprises of a 12V DC socket, an LED tail light and detachable panniers (optional). The 2014 Suzuki VStrom 1000 would be available in four color options that include Candy Daring Red, Glass Sparkle Black, Glass Desert Khaki and Pearl Glacier White.

Expect the pricing of the new dual-sport Suzuki to be in the region of US$ 16,000.

Scroll onto the NEXT PAGE for some eye-candy images.