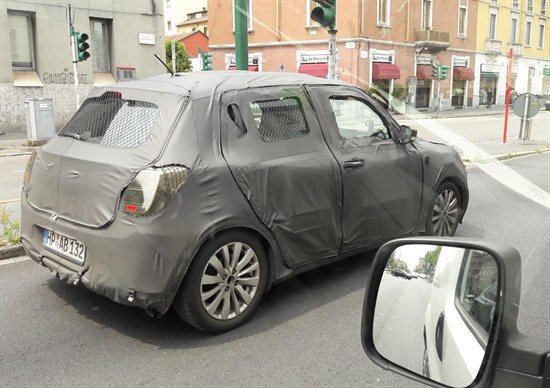 The highly anticipated, next-gen Suzuki Swift has been spied testing again, this time in Italy. The new Swift will feature evolutionary styling, as predicted by the leaked images (gallery below) and to a certain extent, the new Baleno’s Liquid Flow design philosophy. Based on the Baleno’s lightweight platform, the 2017 Swift will reportedly provide better crash protection, with construction comprising of 41 percent of tensile steel, making it significantly lighter than the outgoing model.

Inside, the 2017 Swift will feature an all new dashboard design with a sportier instrument cluster, a new multi-information display, automatic climate control with integrated digital display, a new three-spoke multi-function steering wheel, as well as a touchscreen equipped SmartPlay infotainment system. As for power, the new Swift is likely to employ a 1.4-litre, turbocharged Booster-jet petrol engine good for 140 hp for the Sport variant, while regular variants will draw power from a 1.6-litre petrol unit that will develop around 130 hp.

Reports suggest that 2017 Suzuki Swift will be unveiled at the 2016 Paris Motor Show in October. It’s expected to be launched in India sometime in 2017, with power-train options that could range from the existing 1.2-litre petrol engine to an all-new diesel engine that’s under development by Maruti. The 1.0-litre Booster-jet petrol engine that appeared in the Baleno RS show car from the 2016 Auto Expo could also be employed in the Indian, next-gen Swift’s engine bay.