We know you’d say we’ve heard this before – that the Suzuki Jimny would make its way to India soon. This time, though, the chances are higher than ever. Not just does the Jimny offer itself as the perfect product for the burgeoning compact SUV segment in India, it also lends itself as the correct replacement for the Gypsy, which is only available as a made to order model. The lightweight off-roader from Maruti Suzuki was once a hit among off-road aficionados, and we cannot think of another product that could fill the void as effectively as the Jimny and provide the already dominant Indian carmaker another shot in its arm. 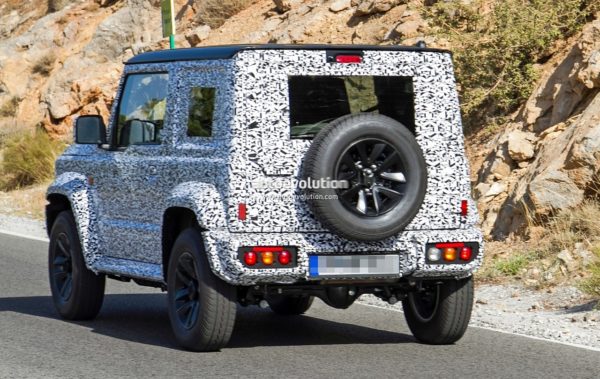 The Jimny nameplate has been in existence for over four decades now. In its fourth generation avatar, the Jimny is likely to not just make its way to the Indian shores, but may also be built right here and be exported to global markets. The new Jimny is expected to make its global debut later in 2017 and will likely start rolling off Maruti Suzuki’s shiny new Gujarat plant in early 2018. 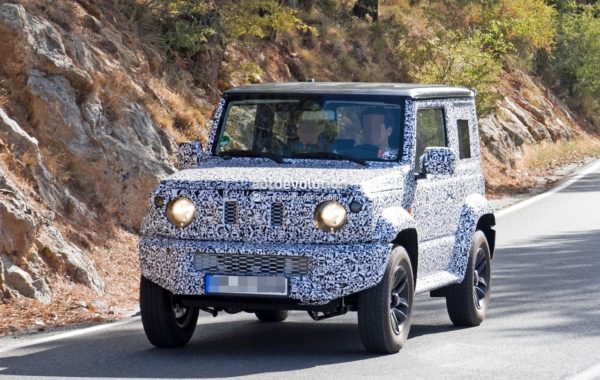 The new, fourth generation Jimny will share its underpinnings with the Baleno and Ignis. For the India model, we expect the car to get a 1.0 litre boosterjet engine which currently propels the Baleno RS. For the Jimny, the turbocharged motor may produce 110hp of power and about 170Nm of torque, making it a pretty swift machine for its size. Maruti Suzuki will introduce the more spacious, four-door, long wheelbase version for India, while the two-door version seen here in these images will be restricted only to export markets. We are quite sure that the Indian version will also get a proper 4×4 gear under the running board as an option to make the Jimny come across as a worthy successor of the much loved Gypsy. While there’s no official word on it, the Jimny may in fact be sold as the new-generation Gypsy in India.

The boxy lines of the all-new model, along with the round headlamps, small rear windows and the spare wheel stuck onto its tail makes it looks like a miniaturized G-Wagen. That’s certainly not something to complain about, as an old-world, boxy, SUV look is only going to enhance the vehicle’s appeal for the off-road aficionados. 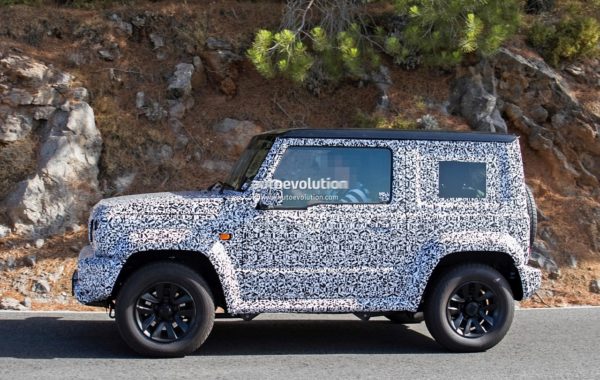 From what we know, the small SUV will boast a true-to-books body-on-frame construction for some serious off-road cred. 4×4 capability will be provided by Suzuki’s ALLGRIP PRO all-wheel-drive system which is quite a capable application for this segment of cars.

Expect the new Jimny to make its debut in concept form at the 2017 Tokyo Motor Show in October, and follow with the production version soon after. As always, count on us to get you all the details on this exciting new machine for India as more details emerge.

Stay tuned, in the meantime, and do let us know what you think about the prospects of the new Jimny, or Gypsy for India.