The upcoming 2016 Mercedes-Benz E-Class has been spied on test in Milan, Italy. The 2016 E-Class has been codenamed as W213, and is expected to feature a revamped interior, uprgaded mechanicals, and exterior design resembling the flagship  S-Class saloon.

The upcoming E-class was spotted by an AlVolante reader in Milan. The test mule sports German license plates and wears a heavy black and white camouflage. As earlier reports have suggested , the model will draw heavy styling cues from the S-Class with similar headlights and taillights. 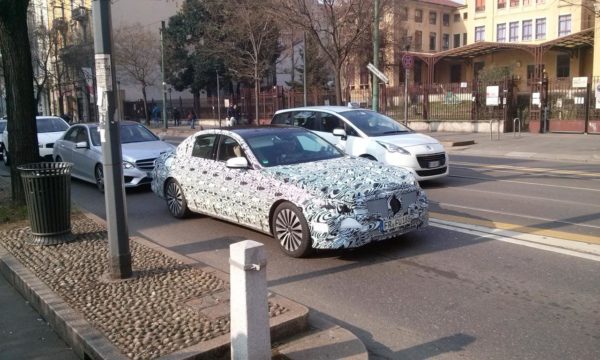 Based on the MRA platform, the model will grow in size and will be lighter than the outgoing model. A new range of diesel and petrol engines with displacement ranging from 2.2 to 3.5 liters will be on offer. A possibility of a plug-in version cannot be ruled out. The range-topping E63 AMG will likely be powered by a twin-turbo 4.0 V8 unit mated exclusively to a 4MATIC all-wheel drive system.

The new E-Class will be available at first in the standard sedan body styles and will be followed by an estate, long wheelbase sedan, coupe and convertible. Reports say the car might be revealed in late 2015. 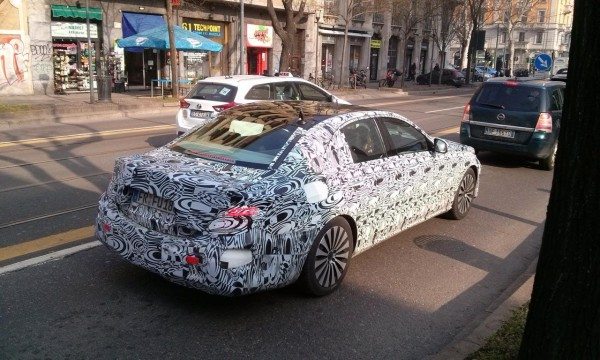 Stay tuned to Motoroids for more dope on the new Mercedes-Benz E-class.