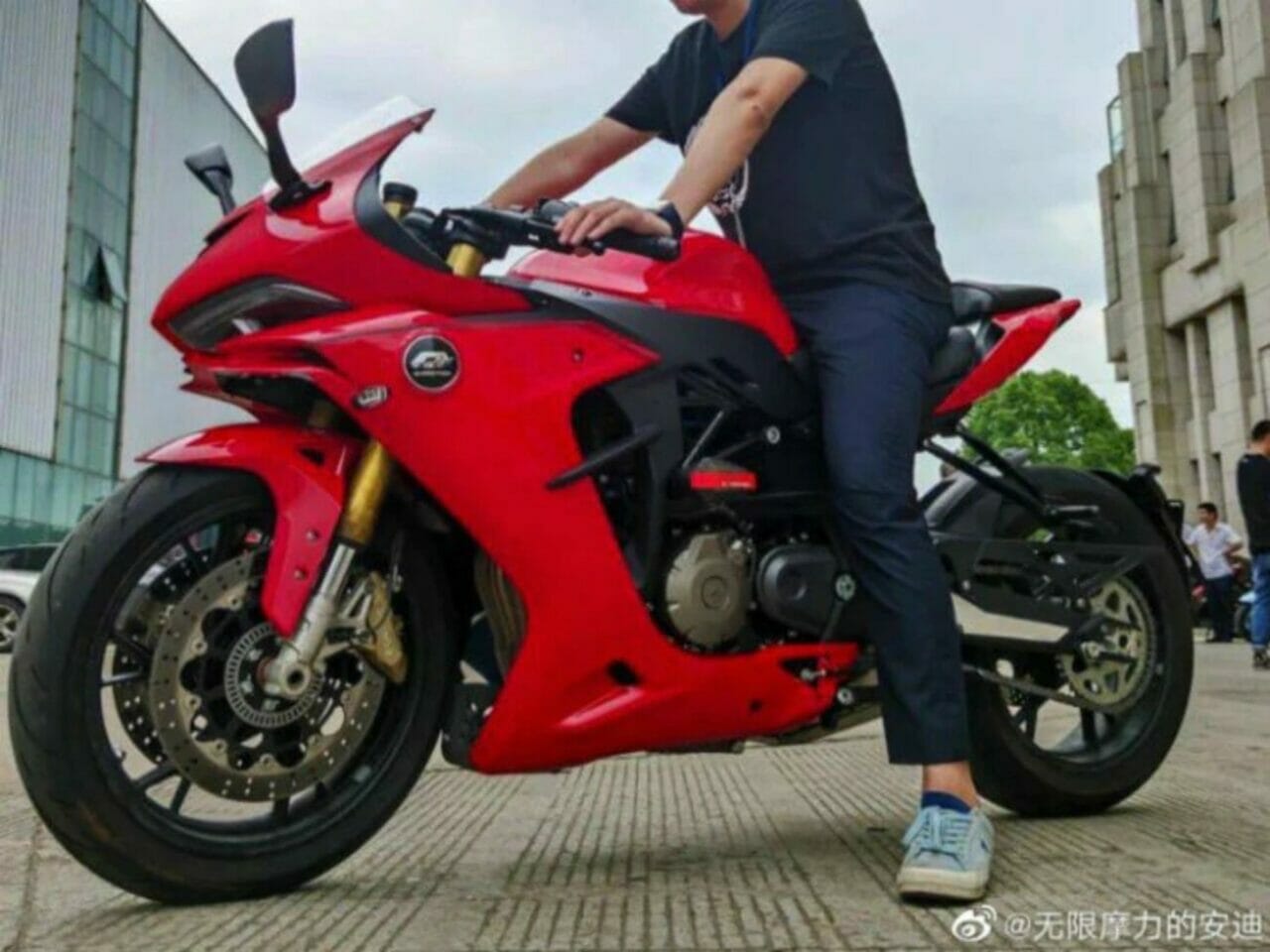 Shortly after Benelli’s parent company Zhejiang Qianjiang Motorcycle Group launched the SRK 600, its faired cousin has been snapped again. The latest spy shots are a follow up to the ones which did the rounds on the Internet last month and hence, they reveal some more crucial details of this Benelli 600RR. Before getting into the details of the bike let’s get to know a few details of the Chinese sister brand of Benelli – QJ. While Benelli may be an Italian brand, it is owned by Zhejiang Qianjiang. They have launched a brand-new firm called QJ Motor whose primary focus is on high-end and large-displacement bikes.

After adding the SRK 600 to their portfolio, they are looking forward to launching the SRG 600, which is basically the faired version of the middleweight naked. The latest spy shots of the SRG 600 reveal that there will be two variants on offer and not just one. So basically, what they did with the SRK 600 which was launched in three different trims. 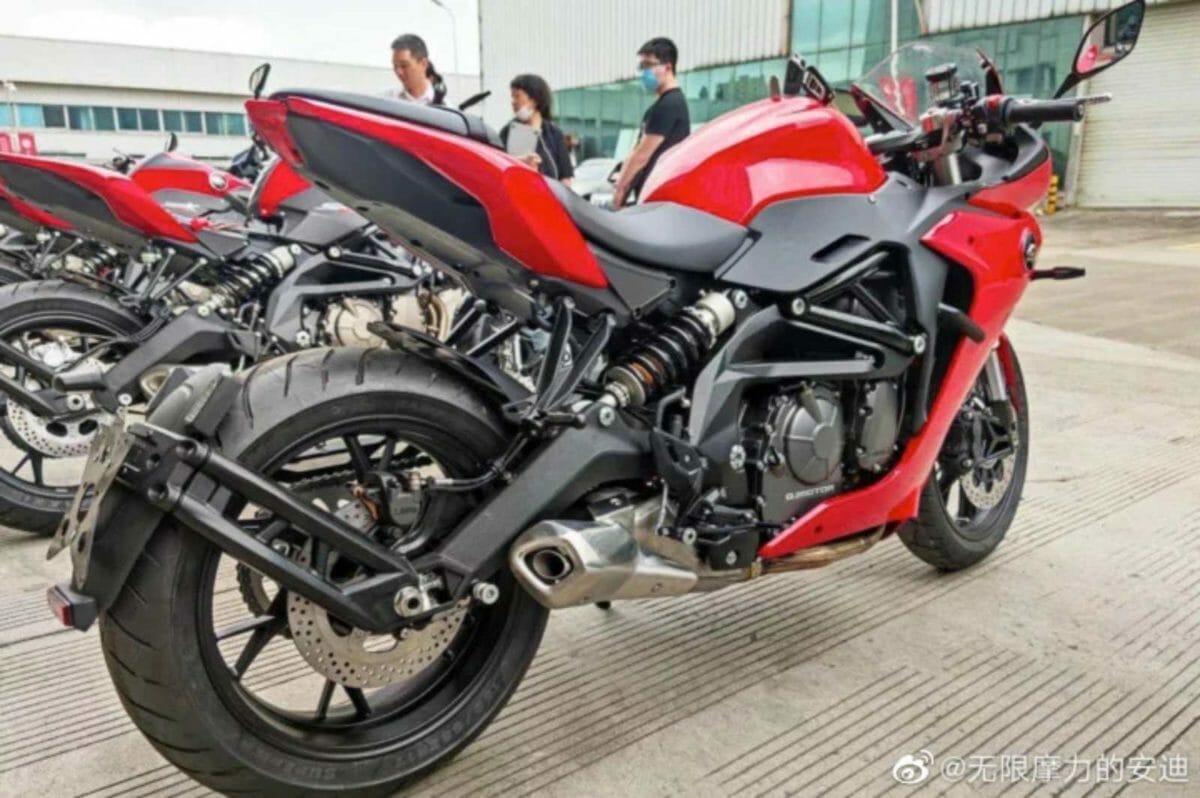 If the nomenclature and the branding is still confusing, look at it this way: The SRK 600 from QJ Motor will be rebadged as Benelli TNT600i when it goes on sale in other markets. On the other hand, the SRG 600 will most probably be rebadged as Benelli 600RR in other markets. Coming to the spy shots now, it was again snapped wearing no camouflage at all and with the QJ Motor branding. It all indicates to just one thing, that QJ Motor is soon going to launch the SRG 600. 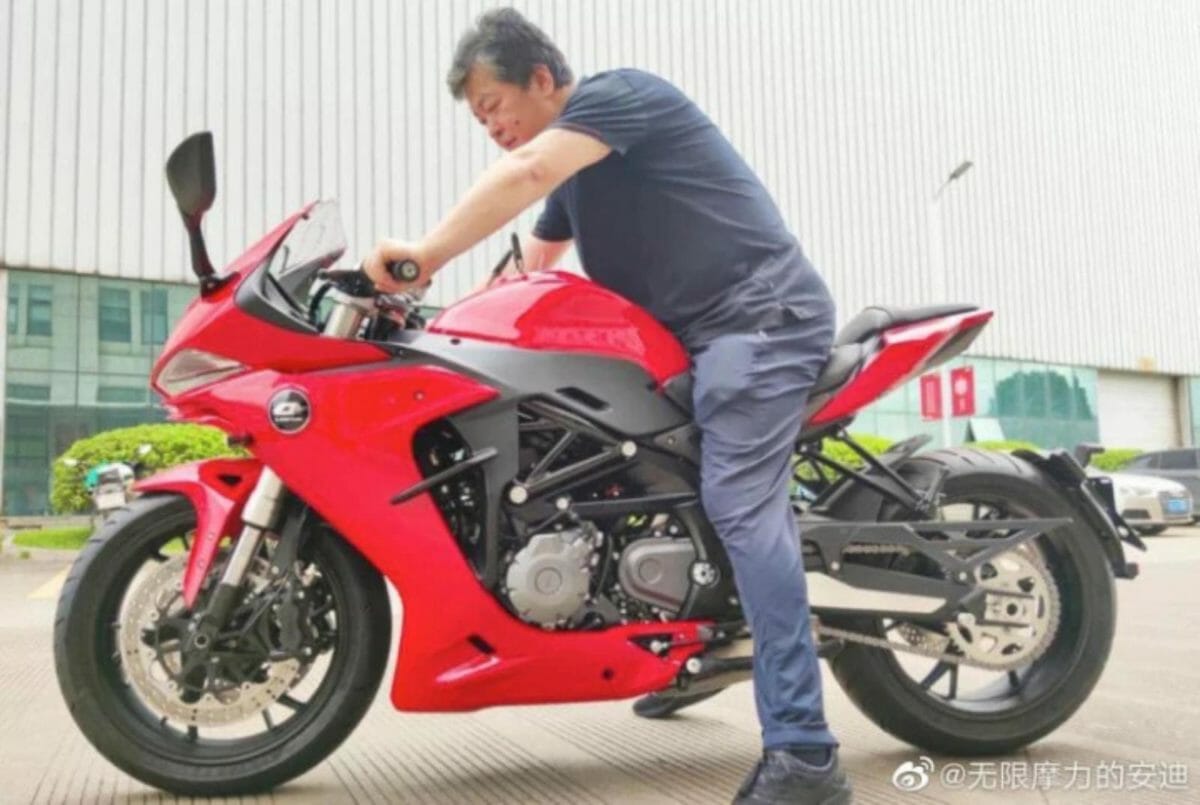 Delving into more details now, the spy shots reveal two different variants. One seems to be a lower-spec variant with silver front forks and radially-mounted J. Juan brake calipers at the front and rear. The second, higher-spec model sports golden forks along with more premium axially-mounted Brembo brake calipers. There are no other visual differences that set them apart. As one can make out from the images, the fairing is developed from ground up around the underpinnings we witnessed on the SRK600. The front fascia is highlighted by sharp lines and a set of twin headlamps. There’s also a small air-intake unit which sits smartly beneath the headlamps. 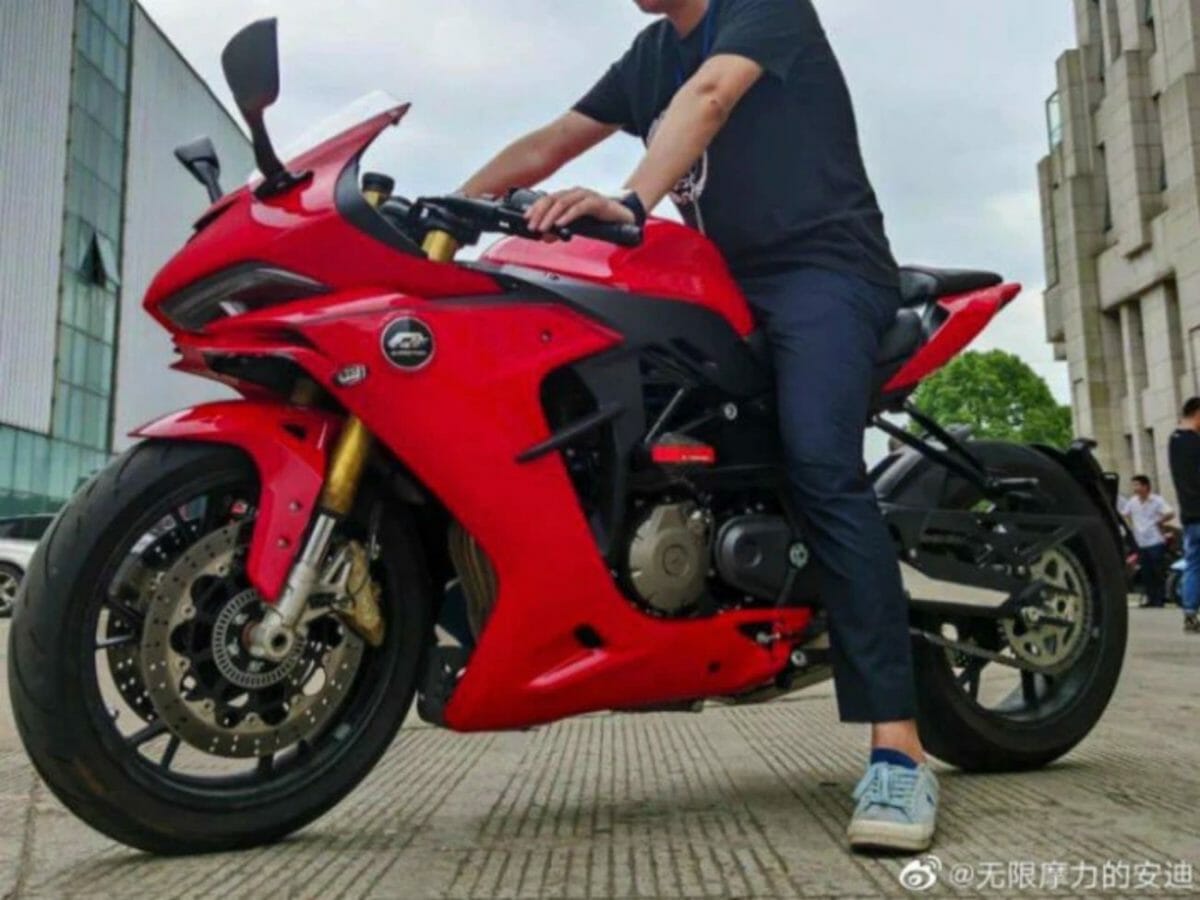 The riding stance is obviously more inclined towards being aggressive with the inclusion of clip-on handlebars and rear-set footpegs. It will most probably use the same engine which does the job in SRK 600. Based on the Benelli TNT600i, the QJ SRK600 is powered by a 600 cc, inline four-cylinder engine mated to a six-speed transmission system. The fuel-injected engine is good for developing respective power and torque outputs of 81hp and 55Nm. That’s 3.57PS less power but 0.4Nm more torque than the outgoing model. The SRK 600 can accelerate from a standstill to 100 kmph in 4.5 seconds and can achieve a top speed of 210 km/h. The same level of performance can be expected from the SRG 600 too.