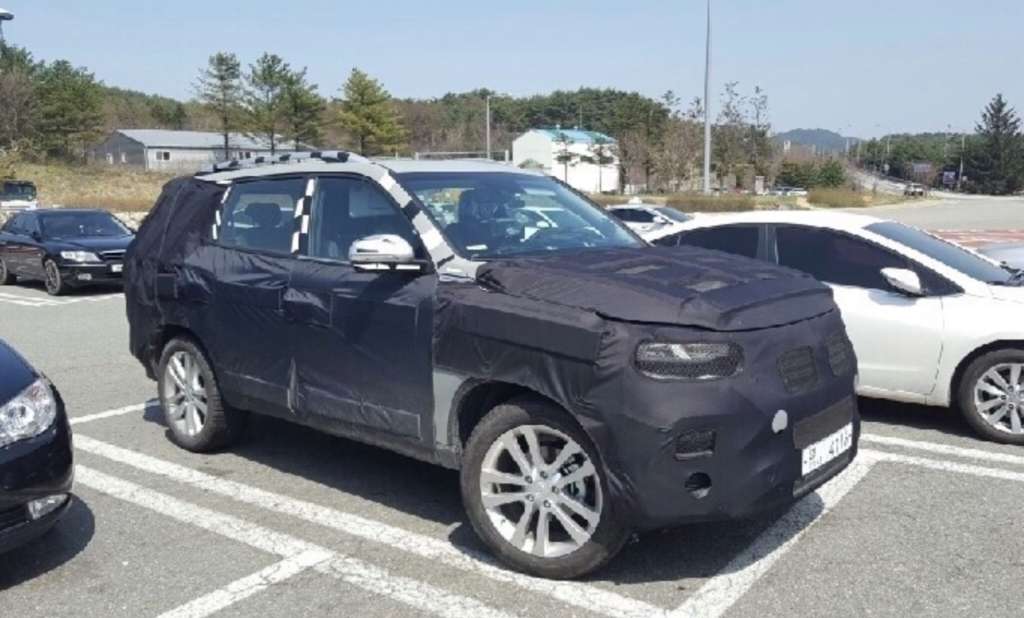 The next-gen SsangYong Rexton has been spied testing for the first time, following last week’s news that the Korean SUV will debut at the upcoming Paris Motor Show in September 2016. Although under heavy camouflage, a bit of squinting reveals that the finer details of the design will indeed be heavily inspired by the LIV-1 Concept, like the contours on the bumpers and the curvature of the glasshouse, amongst other things.

To be based on an all-new ladder frame chassis that can accommodate both front- or all-wheel-drive layouts, the next-gen Rexton will move more upmarket. A piercing road presence apart, the new Rexton will also feature an interior that’s more luxurious than before, adorned with wood and leather. The new Rexton will offer both five and seven seat options inside.

Power will come from SsangYong’s new 2.0-litre GDi turbocharged petrol engine, but will be initially launched with the existing 2.2-litre diesel engine, good for 178 bhp. The diesel engine will be paired to the familiar, Mercedes-Benz sourced 7-speed automatic transmission, but when the petrol engine comes along an year after launch, there’s be a new 8-speed automatic also in the offing, again sourced from the German manufacturer.