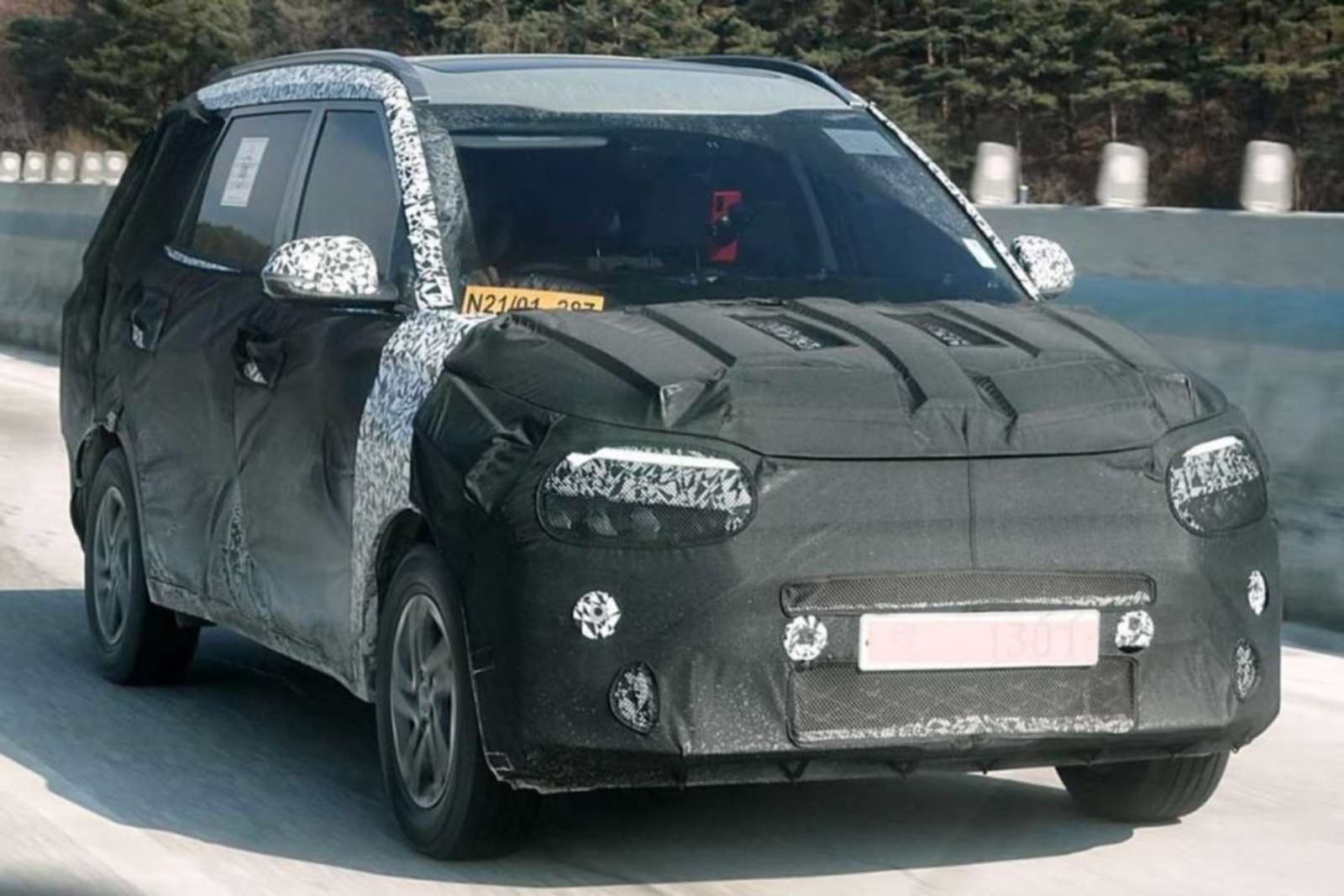 Ever since Kia stepped foot in our country, it has tasted anything but success. The Korean carmaker currently has 3 vehicles in its portfolio – Sonet, Seltos and the Carnival. Reportedly, Kia is currently working on an India-bound MPV that goes by the codename ‘KY’ and reports suggest that it is an “India strategic” model, but it won’t be limited to just the Indian market. The KY MPV is set to mark its debut sometime later this year but the timeline can be pushed to Jan 2022 as well.

The upcoming Kia MPV recently showed its face to the world for the first time. It was spotted during a road test near Hyundai-Kia R&D Center in Gyeonggi, South Korea by Kendara. 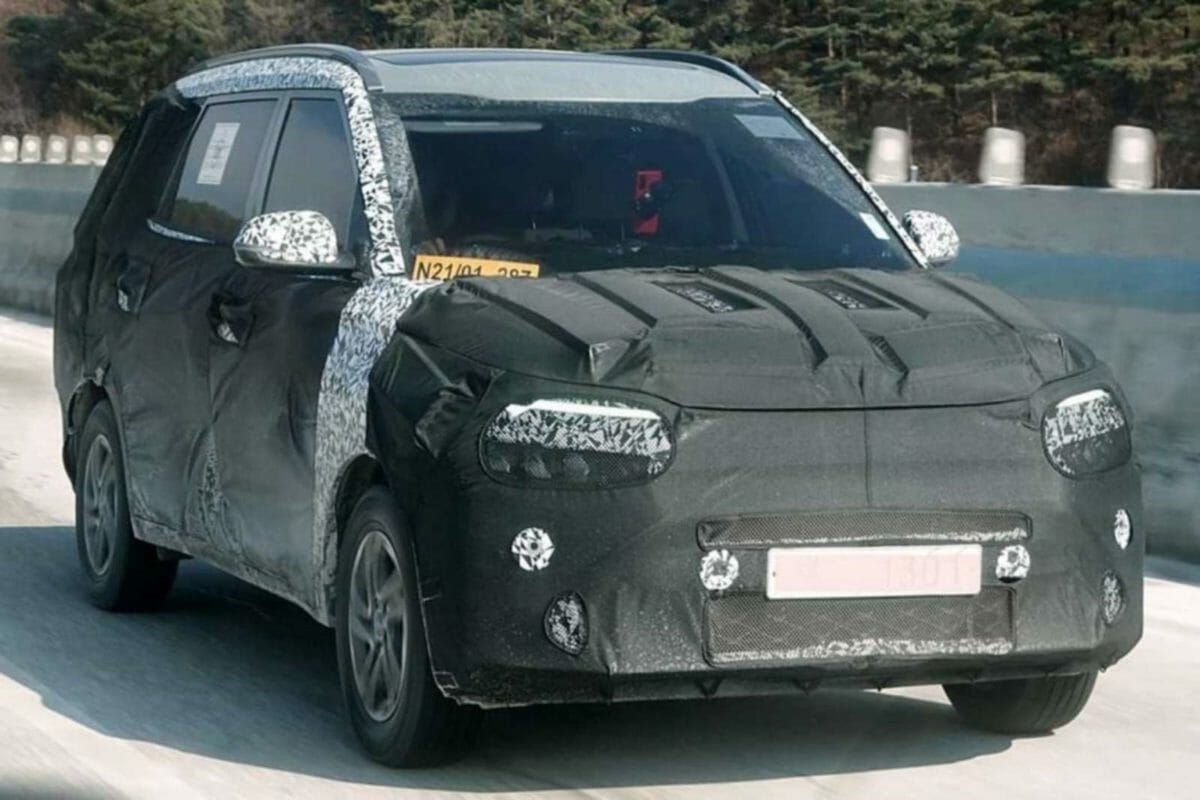 Delving into the details now, the overall silhouette of the MPV seems to be rather boxy. It hints at its approach that it is going to be a proper people-carrier rather than taking the rugged route. Although the test mule was heavily covered in camouflage, some key details are prominently visible. It is going to have a longer wheelbase as compared to the Sonet while it will also have a longer overhang. As the spy shots suggest, the upcoming MPV will most likely sport LED lighting all around. Although we will have to wait for more information to flow in to confirm the same. 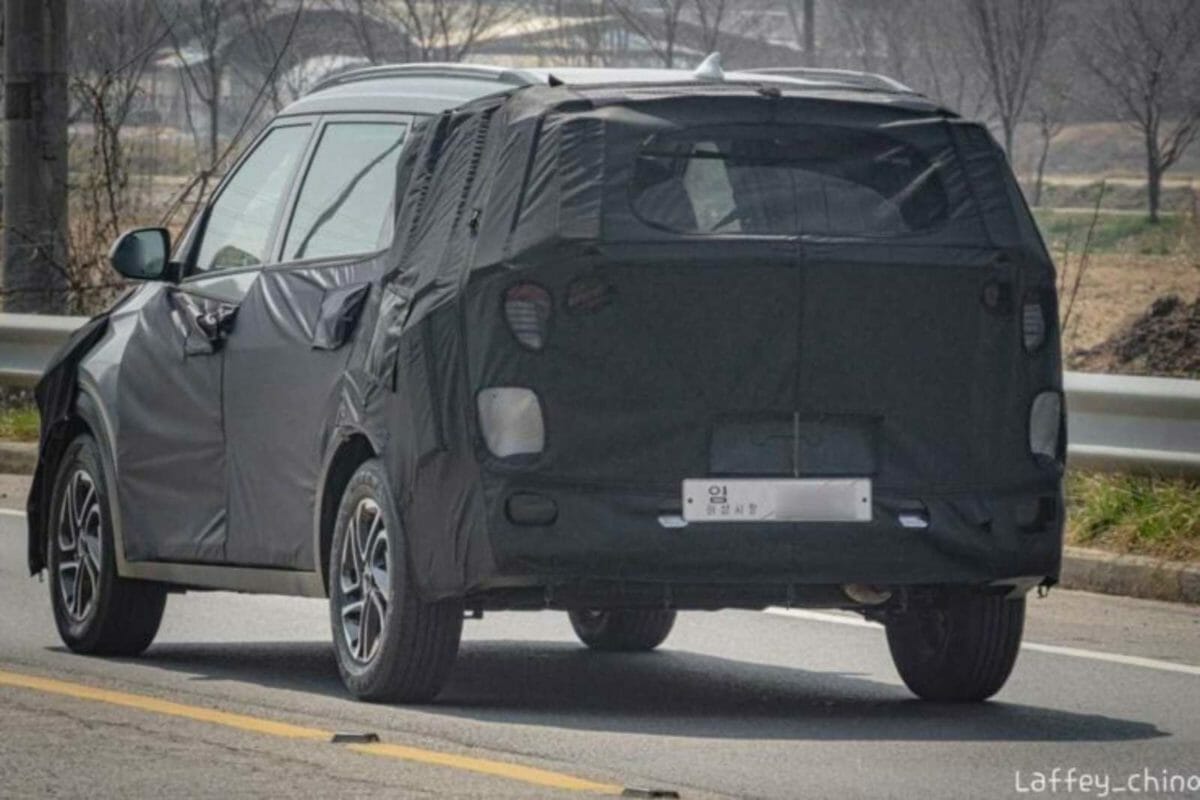 Speaking about features on offer, it should come along with a 360-degree camera, heads-up display, sunroof, air purifier, ventilated front seats, blind-spot monitoring system, cruise control, DRLs, ambient lighting, connected car tech and much more. It might even have more features than the Sonet and Seltos. As for the technical specifications, nothing has been revealed yet. We expect the Kia KY to be available with a 1.5-litre naturally-aspirated petrol mill and a 1.5-litre turbo-diesel motor, which are also available on the Kia Seltos in India. The former is capable of generating 115 PS and 144 Nm, while the latter can belt out 115 PS and 250 Nm. 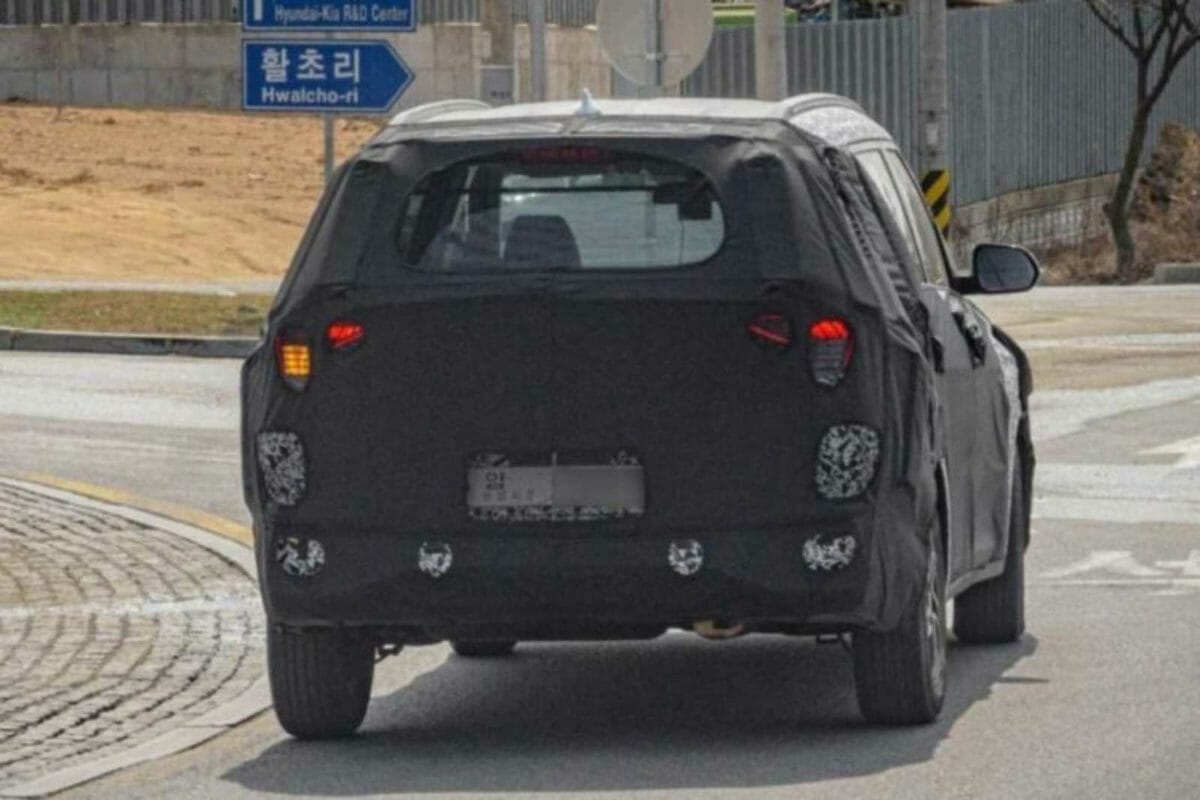 Talking about its rivals, it will most likely lock its horns with the Maruti Suzuki Ertiga XL6. Kia does have Carnival in its portfolio when it comes to people-hoarders but given its premium price tag, Kia could really make do with an affordable MPV.